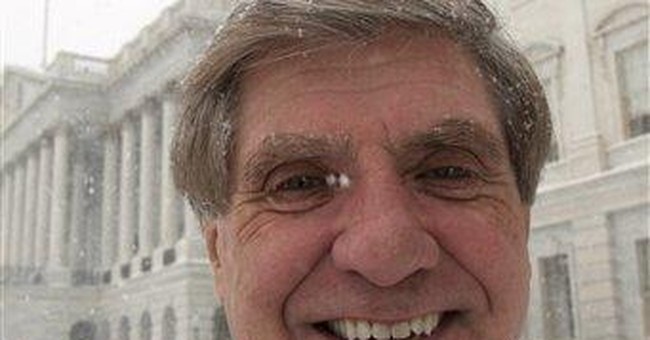 Less than a month ago, on December 19, 2009, all eyes in Washington were fixed on one man: Senator Ben Nelson, Democrat from Nebraska. Senator Nelson found himself the man of the hour when it became clear that his vote and his vote alone was the only thing preventing the controversial Senate health care bill from being voted on after months of negotiations. Right to life organizations lauded Senator Nelson for having the guts to stick to his pro-life guns in the face of tremendous partisan pressures. Ironic as it seemed, pro-life Americans found themselves looking to a Democrat as their ally in the battle to prevent a massive taxpayer-funded expansion of abortion.

But only a week later, on Christmas Eve, the nation was shocked to learn that the stalemate had been broken. At the 11th hour Senator Nelson voted in favor of a health care bill that does not contain an explicit, easily enforceable ban on federally-funded abortion; rather, it hangs its “pro-life” credentials on flimsy “opt-out” language and the dubious “assurance” that no public funds for abortion will end up circulating amid the tsunami of health care dollars that will be flowing along the highways and byways of America’s health care network.

The problem is that this assurance comes from the same entity that sends stimulus checks to dead people and allocates bailout funds to congressional districts that don’t exist. Additionally, pro-lifers are uncomfortable taking the word of HHS Secretary Kathleen Sebelius, a prior recipient of the political largesse of Planned Parenthood and abortion ghoul, George Tiller. HHS will call most of the shots in a government run healthcare program.

Needless to say, the people of Nebraska, along with millions of pro-life Americans across the country, feel that they were betrayed by Senator Nelson. They were shocked, but more than that, they were mystified. What could possibly entice the Senator to abandon his career-long record as a defender of the sanctity of life?

The answer to this question was actually evident days before the fateful Christmas Eve vote, when news broke that the state of Nebraska had secured a special and permanent exemption from contributing to the costs of expanding Medicare, a “Cornhusker Kickback” amounting to an estimated $100 million over the next decade.

No matter how he tries to spin it, the legislation that Senator Nelson voted for does not contain unequivocal language barring federally-funded abortions. It’s bad enough that he - along with senators from other states also receiving sweetheart deals in exchange for their votes on the bill - is willing to stick the rest of the American taxpayers with a financial burden that should be shared equitably by all states. What’s more reprehensible is that he was willing to abandon his longstanding position as an advocate for the unborn in exchange for political pork.

It seems that you can, after all, put a price on principle and a dollar value on life.

One is reminded of the old anecdote (rumored to have originated in a conversation between Sir Winston Churchill and an English socialite) in which a woman is propositioned for $5 million. She blushes coyly and mutters something about discussing particulars. She is then propositioned for $5, at which time she expresses offense, asking “What kind of woman do you take me for?” The interrogator answers blithely, “Madame, we’ve already established that. Now we are merely haggling about price.”