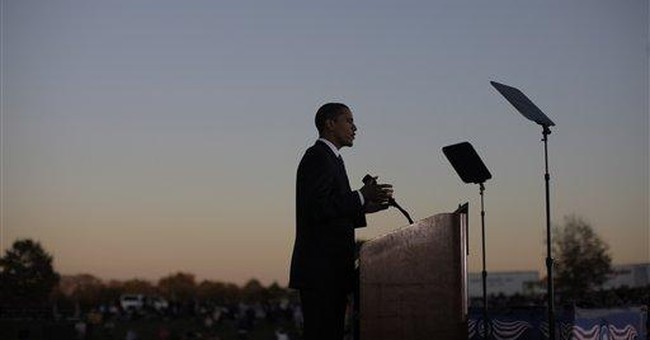 The current economic crisis is impacting millions of Americans in their daily lives.  From young people struggling to afford food and gas to old people watching their retirements slip away, these are difficult times.  Increasingly, more and more Americans are afforded the opportunity to identify with the plight of the more than 36 million impoverished people in our nation.  Our financial climate presents a golden opportunity for Americans to reflect on how best to help the poor.

A large group of prominent evangelicals hopes to make poverty a center-stage issue during these difficult financial times and the upcoming elections.  According to a recent Associated Press story, prominent organizations are working to make eradicating poverty a political priority.  They are, therefore, urging voters to support only those candidates who promise to fight poverty.  These organizations include Jim Wallis's Sojourners, Jesse Jackson's Rainbow/Push Coalition, and the massive nonpartisan anti-poverty effort ONE.org.  Jim Wallis, in particular, has been heralded as a symbol of the "new evangelicals": politically-active Christians who focus primarily on issues like poverty, healthcare, and racial equality.  Wallis's Sojourners are spearheading a program to "Vote Out Poverty."

Unquestionably, the poor have been neglected in recent years.  Notwithstanding the commendable efforts of the "religious right" to defend the unborn, they have largely ignored the other groups who fit into the "least of these" category.  "Conservative" Republicans in government have focused on subsidizing the rich and some have enabled large-scale corporate corruption.  Indeed, incumbent Republicans have been so busy helping businesses that they have forgotten about the poor and needy.  Other than the brief welfare-reform effort in the mid-90s, the poor have largely been ignored by the Right.

Of course, when one side of the political spectrum ignores you, the other side appears more attractive.  Thus the Democratic party and the "progressive" movement as a whole have become a haven for the poor.  Consequently, they have defined the terms of the debate.  Our cultural dialogue on poverty has been reduced to what government should or shouldn't do for the poor.

This is clearly seen in Barack Obama's impassioned pledges to help the poor.  When speaking with the now-iconic "Joe the Plumber," Senator Obama said, "... I think when you spread the wealth around, it's good for everybody."  He said this while explaining how it was unfair for someone as well-off as himself to be able to pay as low a tax-rate as a struggling waitress.  Obama here demonstrates the general "progressive" response to poverty: eliminate it by forcibly redistributing the wealth.

The long-term progressive goal will prove ineffective in the end.  Forced redistribution removes the incentive to work harder and earn more.  Why work hard if your profits will simply be given to someone else?  Why not just kick back and feed off of others?  Rather than embracing policies that result in a redistribution of wealth, we should seek to provide short-term, restorative aid for the poor that encourages the development of financial independence.

Our goal in aiding the poor should be to help them become self-sufficient.  This attitude is summed up in the old proverb: "Give a man a fish, and he will eat for a day.  Teach him how to fish, and he will eat for a lifetime."  Policies aimed at helping the poor should provide them with incentives to get a job, find housing, and provide for their families.  All too often, misguided policies provide people with wrong incentives.  For instance, if we give a larger welfare check to poor single mothers than to poor married couples, we provide young women with the incentive to bear children out of wedlock.  If we promise to provide a big check for the unemployed, but next to nothing when they transition into low-end jobs, we discourage people from working at all, because they can make more money by remaining unemployed.

Government has proved to be an inefficient agent when it comes to helping the poor.  Private efforts of citizens, charities, and churches have proven to be far more effective.  While the government employs rigid bureaucracy and standardized forms to provide care for the poor, private charities are far more flexible.  They are also more "personal" in their giving than the government.  This is primarily due to their structure and size.  While government "charities" are often run by large bureaucracies, most private charities are largely staffed by caring volunteers.  Their structure allows them to work with people on an individual basis, thereby allowing them to monitor the people they help.  This ensures that the needy make a real effort to find a job and become self-sustaining.

Private charity emerges from a sense of ethical duty.  The Scriptures are filled with exhortations to help the poor: "He who is kind to the poor lends to the Lord, and he will reward him for what he has done." (Prov. 19:17 NIV; see also Prov. 14:31 and 29:7)  Our personal duty to help our neighbor can't be pawned off on elected government officials.  Each of us has an individual duty to care for those around us.

Organizations like One.org and Sojourners are right to call for an increased effort to help the poor, but they are wrong to look to government for the solution.  The true solution will come primarily from individuals, charities, and churches across the country, who take seriously Jesus' exhortation (Matthew 25:34-46) to provide hospitality, food, drink, clothing, and care for "the least" among us.