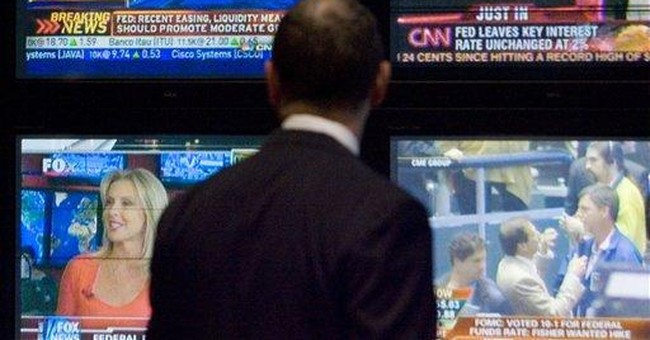 Thus declared Gordon Gekko in his speech to the stockholders of Teldar Paper in the 1987 blockbuster movie Wall Street. Gekko, a Wall Street raider played by Michael Douglas, assailed the company's management for underperforming for its shareholders. He offered a better way:

"The point is, ladies and gentleman, that greed—for lack of a better word—is good.

"Greed clarifies, cuts through, and captures the essence of the evolutionary spirit.

"Greed, in all of its forms—greed for life, for money, for love, knowledge—has marked the upward surge of mankind.

"And greed—you mark my words—will not only save Teldar Paper, but that other malfunctioning corporation called the USA."

Greed in the Marketplace

Have Gekko's ideas taken root in the American marketplace? Some would argue they have. There is much to suggest that the organizing mechanism of the marketplace is "the evolutionary spirit" of which Gekko spoke. A few names come to mind: Enron, WorldCom, Tyco, Lay, Ebbers, and Koslowski. Many others could be added to the list.

Old fashioned virtues are out. Economic Darwinism is in. It's all about "the survival of the fittest" and "let the buyer beware." Greed is good. He who dies with the most toys wins. Six thousand dollar shower curtains, fancy Persian rugs, golden parachutes—those are the signs of success in Corporate America. Self denial, integrity, hard work—that's for suckers. Grab all the gusto you can get. Carpe diem! The smart guys are cutting deals on their laptops and cell phones while lounging at the pool. Value is in the eye of the beholder. Let's not get hung up on who gets hurt. Casualties are a part of life. Business is not beanbag. Stuff happens!

These attitudes don't just circulate in executive penthouses anymore. They have "trickled down" to the ground level. They can be found in all the strata of the market place. The current housing debacle provides a good example.

Greed and the Housing Debacle

Eager to cash in on quick profits to be made in the housing market, many couples bought more house than they could afford. The market was booming; the price of housing was escalating; profits seemed quick and easy. The goal wasn't to establish a permanent residence. The goal was to "flip that house." They were speculating, plain and simple. From Wall Street to Main Street, "flipping" was becoming a way of life—real estate, stocks, commodities, you name it. The economy was booming. Prices kept going up and up. Only a fool would miss out on the ride.

In many instances, home buyers overstated their income to lenders. Not to worry, they expected to unload the property before the payments on their "interest only" loan ratcheted up. They were aided by greedy lenders who weren't worried about whether their borrowers were creditworthy. The lenders didn't expect to assume the risk of the bad loan. They planned to flip the loan to companies like Fannie Mae or Freddie Mac who would bear the risk of default. In the meantime, the lenders would be paid a fee for "originating" the loan and receive a portion of the interest for "servicing" it. (Servicing the mortgage meant collecting the payments and remitting the net proceeds to the purchaser of the mortgage, a.k.a. the "flipee.") Freddie and Fannie guaranteed the loans (thereby assuming the risk of any bad loans), kept some of the interest for themselves, bundled the loans together and sold them as "securities" to investors who were to receive the balance of the interest.

The Roof Caves In

The rest is history. The economy slowed, jobs were lost, and inflation went up. The price of gasoline and food went through the roof. People couldn't pay their bills. They began defaulting on their home mortgages. Foreclosures went up and home prices went down. Homeowners owed more than their houses were worth. Lenders ran into financial trouble and the value of their stock plummeted. They called on Fannie and Freddie to make good on the loans. But Fannie and Freddie had bitten off more than they could chew. They couldn't deliver. Congress came to their rescue with the inevitable "bail out" and now the taxpayer is stuck paying the tab.

Capitalism is a powerful economic system and free and open markets can produce great prosperity. But unless market decisions are informed by Judeo-Christian values, rapacious greed and chaos are likely to prevail in such a system. Here are some simple principles of Biblical stewardship that we will do well to keep in mind when making decisions in the marketplace:

We're all in this together. Our decisions have ripple effects. They don't just affect us. We have obligations to our fellow man. The Apostle Paul reminds us, "Let each of you look out not only to his own interests, but also to the interests of others." (Philippians 2:4 ESV) Caveat emptor, notwithstanding, the Bible doesn't give us license to deceive or defraud our fellow man.

Work creates wealth. Speculation leads to poverty. There is a work/wealth connection which is at work in the natural order and which should not be ignored. When it comes to wealth creation, there is no substitute for hard work and diligence. Speculating in the markets is no different from rolling the dice or spinning the roulette wheel. Proverbs 21:5 (TLB) reminds us, "Steady plodding brings prosperity; hasty speculation brings poverty."

Ill-gotten gains don't last. We should resist the temptation to act dishonestly. The fruit of deceit leaves a bitter aftertaste. Proverbs 21:6 (NIV) cautions us, "A fortune made by a lying tongue is a fleeting vapor and a deadly snare."

Don't presume upon the morrow. Be careful not to assume that today's conditions will necessarily prevail in the future. Life is not static. We have good times and bad. Markets aren't static either. They go up and down. Presumptions are dangerous. The Bible exhorts us, "Now listen, you who say, 'Today or tomorrow we will go to this or that city, spend a year there, carry on business and make money.' Why you do not even know what will happen tomorrow. What is your life? You are a mist that appears for a little while and then vanishes. Instead, you ought to say, 'If it is the Lord's will we will live and do this or that.'" (James 4:13-15 NIV)

Greed is not good. In fact, it's dangerous. In the Parable of the Rich Fool, Jesus warned against becoming greedy. He told the story of a rich man who hoarded his possessions thinking that he could take it easy and eat, drink, and be merry. Having taken his ease, God demanded his life. Jesus said, "This is how it will be with anyone who stores up things for himself but is not rich toward God." (Luke 12:21 NIV) Small wonder then that Jesus warned the people, "Watch out! Be on your guard against all kinds of greed; a man's life does not consist in the abundance of his possessions." (Luke 12:15 NIV)

Greed is most assuredly not good. It is a destructive force in our lives, individually and collectively. Gordon Gekko was wrong. Those who desire to achieve real prosperity will do well to heed basic principles of Biblical stewardship. These timeless principles made our capitalist economy the envy of the world. They will continue to serve us well as we move forward into the future.