Biden and His Clown Car Have Failed America!

Ken Blackwell
|
Posted: Jan 28, 2022 12:01 AM
Share   Tweet
The opinions expressed by columnists are their own and do not necessarily represent the views of Townhall.com. 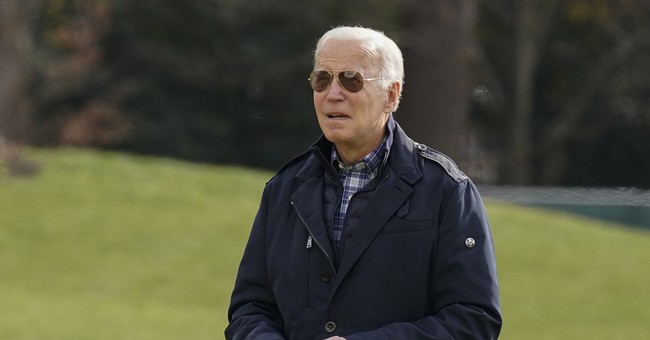 Politico reached out to me for a conservative perspective on Joe Biden’s first year in office, but when I hit their favored president too hard, they proved yet again that the establishment media continue to cover for this failed president as shills for Democrats and the far left.

“I’m working on an experts round-up for President Joe Biden's first year in office. I'm reaching out to see if you would be able to participate,” she began, adding, “Here’s a link to one from last year that you participated in, when we asked for assessments of democracy after former President Trump's four years in office.”

Politico reached out to me because I’ve had a half-century in public life dealing with presidents. I held statewide elected office in Ohio (Treasurer and Secretary of State, then Republican nominee for Governor). I was part of President Ronald Reagan’s external support network in the 1980s. Then President George H.W. Bush (41) appointed me to senior positions in the federal government, both in domestic policy as an Under Secretary at the U.S. Department of Housing and Urban Development and in foreign policy as U.S. Ambassador to the United Nations Human Rights Commission. I have chaired a presidential campaign, and in the private sector have served on the boards of various well-known organizations such as the National Rifle Association, Club for Growth, and First Liberty Institute.

The reporter asked for 200 words by 4pm the following day. So I gave her exactly 200 words, as follows:

President Biden’s first year was the epic failure Republicans and conservatives warned it would be, showing why we supported President Trump’s campaign against Biden. The disasters seem too numerous to list. On foreign policy, the Afghanistan withdrawal was a disaster, taking our military out before we evacuated civilians and allies, and leaving all our weapons to arm terrorists. China and Russia see Biden’s weakness and incompetence, with yet-unknown consequences. On domestic policy, $2 trillion of unwarranted COVID socialism has given us horrible inflation, especially on gas and food. Regulations are choking our businesses, with the Supreme Court saving some businesses but not others. And Biden continues his failed attempts at socialist authoritarian power grabs labeled with Orwellian doublespeak, such as taking over elections but calling it “voting rights,” destroying America’s free market economy but calling it “build back better,” creating two new Senate seats by unconstitutionally calling DC a “state,” destroying the Senate’s separate role from the House by calling the filibuster “racist,” and destroying the Supreme Court as an independent branch of government but calling it ”expanding.” All this, while Biden’s promises of unity and healing mean calling his opponents Jefferson Davis and George Wallace. Epic failure: F. He must lead!

Then the reporter thanked me for participating. Then they never published it.

So here is the game that Politico and similar outlets play: Because Biden’s polls are in the 30s, they have to acknowledge his abject failures because otherwise they lose what little credibility they have left with Middle America. Needing to say something, they want someone who is going to perhaps slap Biden on the wrist, but not really unpack why he has been a miserable failure of a president. And at all costs, they refuse to publish comments like mine that make the case of how much better Trump was as president than Biden.

Ironically, this sort of perpetual soft media coverage is how Biden got elected to begin with. Evidently establishment media outlets continue to see it as their job to cover for this weak and ineffective president, especially as it looks increasingly likely that he – or Kamala Harris, who would fare no better – will face off against a strong Republican challenger in 2024, and give the voters an opportunity to return America to a path of prosperity, strong families, and security.

Ken Blackwell is chairman of the Center for Election Integrity at the America First Policy Institute, is a senior fellow with the Family Research Council, and is on the policy board of the American Constitutional Rights Union.