Ken Blackwell
|
Posted: Sep 11, 2018 12:01 AM
Share   Tweet
The opinions expressed by columnists are their own and do not necessarily represent the views of Townhall.com. 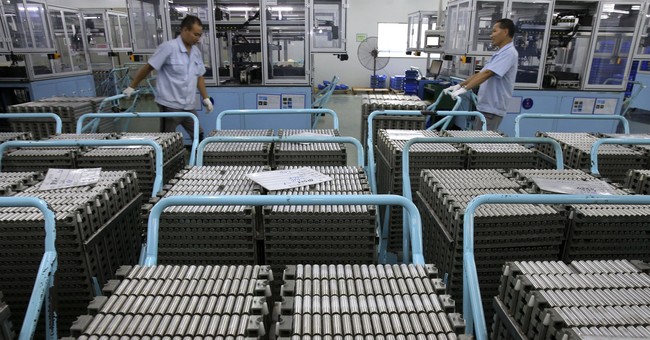 As a candidate for president, Donald Trump made protecting and strengthening American manufacturing a cornerstone of his campaign. Under his watch, the United States added 138,000 manufacturing jobs last year and that number continues to rise. There is something else he can do now to protect American manufacturing and foster job growth: keep the mobile air conditioning credits that are part of the EPA’s auto emission standards program.

One of the ways the United States protects its status as global leader in the automotive industry is through the Mobile Air Conditioning (MAC) credit system that is part of the EPA’s auto emission standards program. By safeguarding the credits, President Trump can help preserve America’s global leadership in a growing market.

The MAC credit system allows automakers who use an American refrigerant—rather than a Chinese or other foreign alternative—a credit of about one mile per gallon toward compliance with the EPA’s vehicle emissions standards. This voluntary incentive gives automakers options to meet the EPA standards, while producing cars and light trucks that Americans want.

Changes to the credit program currently being discussed would jeopardize more than $1 billion that has been invested in the United States to ensure that America is a leader in developing next-generation refrigerants. The administration shouldn’t eliminate the very incentive that helped put people to work, building factories and manufacturing this advanced refrigerant. The administration should keep the credits in place to ensure that the United States can maintain its position as global leader in this multibillion-dollar industry. Our leadership position in this field spurs innovation and investment, and keeps Americans working here at home.

The flexibility provided by the MAC credit system gives automakers room to design vehicles that consumers want to buy while remaining in compliance with the vehicle standards. Additionally, the change isn’t burdensome on automakers: Switching to use the new American refrigerants is easy to implement on assembly lines and is inexpensive.

Maintaining the MAC credit will support American manufacturers, innovation and competitiveness on a global scale. The program helped establish the United States as a global leader in this innovative technology and keeping it in place will help cement that status. The new refrigerants were developed and are made in America, resulting in new manufacturing plants and job creation. Rolling back the MAC credit program would give an unfair advantage to foreign competitors, punishing the very job creators were willing to risk substantial resources to manufacture the refrigerant here in America.

Meanwhile, Chinese industry could gain momentum over American companies if they were to find a renewed appetite for their outdated refrigerants. Eliminating the incentive to replace the foreign refrigerants with American technology would give foreign automakers a leg up and place American industry at a competitive disadvantage.

The credits support the same American manufacturers and workers that are busy striving to meet the multibillion-dollar demand for innovative mobile air conditioning. America is already first in this new technology, and the Trump administration should keep it that way.