Ken Blackwell
|
Posted: Aug 13, 2018 12:01 AM
Share   Tweet
The opinions expressed by columnists are their own and do not necessarily represent the views of Townhall.com. 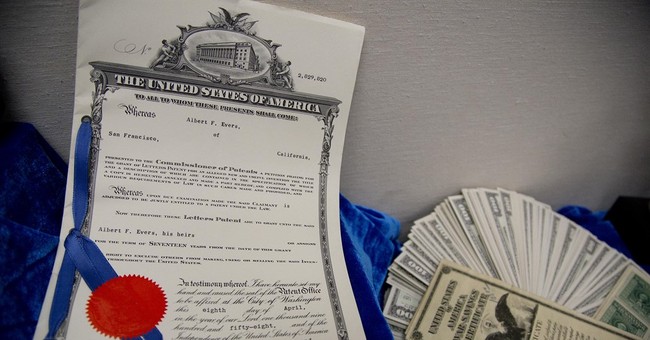 I recently had the pleasure to sit on a panel with a number of incredible inventors and leaders on innovation issues in an experience that was both inspiring and infuriating.  Discussing a new documentary on the patent system – Invalidated: The Shredding of the US Patent System – which I had the honor of being interviewed for, we discussed the state of the patent system and American innovation.

I was inspired by these inventors who joined, and others who participated in this movie.  Through ingenuity, creativity and persistence they have created inventions that save lives, increase productivity, make life easier or simply bring joy to our lives.  The success of their inventions often takes years, emptying of savings accounts and other tremendous sacrifices. Our system of property protection – through the granting of patents - rewards those risks by guaranteeing the right to benefit from your invention.

The frustration comes in the stories these inventors told of how they believed in the patent system, played by the rules and still had their rights denied.  This undermining of their rights has largely come at the hands of an overreaching administrative tribunal known as the Patent Trial and Appeal Board (PTAB).  An agency created by a previous congressional patent “reform” that was supposed to bring efficiency to patent reviews.  Instead, it’s created a parallel patent review process that is tilted against patents holders and has become known as a “patent death squad” with invalidation rates near 90% in some cases.

PTAB allows anyone—anywhere in the world—to file a petition to invalidate any U.S. patent as long as the challenger is willing to pay a filing fee. The tribunal’s review doesn’t offer patent owners the same legal procedural protections and standards of proof as a court of law, and the tribunal can invalidate any patent challenged at will. This creates an uncertain environment for patent owners. As a number of these inventors in the documentary explained, they had their patents challenged and invalidated at the PTAB even though they successfully defended them in federal court multiple times.

As a result, these great inventors and entrepreneurs who spent years developing an idea, putting their families’ finances at risk have lost their right to own their property – even when multiple federal courts have upheld their constitutional property right.

Developments like the PTAB are a key reason why the United States has begun to lose its edge as the innovation leader of the world.  Throughout much of our history, the United States has maintained its status as a global leader in innovation for decades, largely because we created a system that protects and rewards Intellectual Property rights.  But now, that status is slipping away.

According to the U.S. Chamber of Commerce’s Global Innovation Policy Center’s 2018 International IP Index, the United States dropped to twelfth place in patent strength and were number 10 the year before that.  Previously the US always held the number spot.   The report also warns that the “overly cautious and restrictive approach” recently taken to patents by the United States “seriously undermines the longstanding world-class innovation environment in the U.S.” A number of other innovation indexes have found a similar trend.  Patents are a vital component of the American innovation economy and losing our global leadership in this area threatens our ability to say ahead of our global competitors on innovation.

Fortunately, the new head of the Patent and Trademark Office (PTO) -appointed by President Trump – appears to understand the need to reverse this decline. Andrei Iancu, Director of the PTO, has proposed increasing the standards for bringing cases before this tribunal. The agency wrote that the proposed change would make tribunal hearings more “consistent with the claim construction standard used in federal district courts.” This would provide patent owners with more certainty should their patents come under review by granting them the basic legal safeguards they would have in court.

Strong patents are an American tradition, an essential component of American ingenuity and innovation. Reining in an overreaching tribunal is a good first step to making or patent strength great again. Maintaining the strength of patents and of intellectual property rights are key steps to earning back our longstanding place as the world’s leader in innovation and protecting America’s inventors.

Ken Blackwell is an adviser to Family Research Council on matters of constitutional governance and human rights. He served as U.S. Ambassador to United Nations Human Rights Commission from 1991-93.