Will Republicans Finish The Job for Seniors And Small Businesses?

Ken Blackwell
|
Posted: Dec 19, 2017 12:01 AM
Share   Tweet
The opinions expressed by columnists are their own and do not necessarily represent the views of Townhall.com. 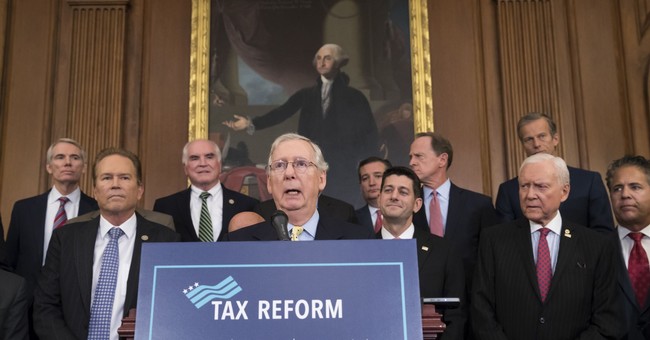 The Republican party has an important test in front of them: Will GOP lawmakers protect seniors and small businesses from looming Obamacare taxes, or will they let politicking and bureaucracy get in the way of action?

Both parties quickly recognized the harm of these taxes and suspended them for 2017. But the brief reprieve expires at the end of the year. With control of both chambers and the White House, suspending a part of Obamacare and a tax increase should be a no-brainer for Republicans. These taxes represent a direct threat to seniors, small businesses and American manufacturing – the very core of the Republican base.

Republican members of the House Ways and Means Committee, last week took an important first step by introducing a package of bills designed to deliver immediate, targeted relief from Obamacare taxes in 2018.

But it’s far too early to claim victory. If Congress fails to follow through, the Health Insurance Tax alone will raise taxes by $15 billion next year and by hundreds of billions over the next decade.

For small businesses, that means a more than $520 premium increase per employee next year. That’s not sustainable; the National Federation of Independent Business estimates that the HIT could cut private-sector employment by up to 262,000 jobs by 2021, with 59 percent of those losses coming from small businesses. Meanwhile, seniors, who worked hard all of their lives and carefully prepared for retirement, will be hit with an unexpected $510 premium increase per couple next year.

Fair or not, Republicans, with control of both ends of Pennsylvania Avenue, now “own” health care and taxes as issues. And if Obamacare taxes hit on their watch, there will be consequences, with midterm elections fast-approaching.

There’s good news though – stopping the Obamacare taxes from wreaking havoc on Americans and our economy has bipartisan support, something that’s all-to-rare in Washington these days. And, we now have legislation in the House to get it done.

But the clock is ticking, and with so many distractions in Washington, it’s plausible this important issue could fall through the cracks.

Republican lawmakers were elected in large part because of their promises to repeal Obamacare and prevent tax increases. Stopping the return of Obamacare taxes offers an opportunity to follow-through on both. This an important test for the party. I hope Republicans pass.