Ken Blackwell
|
Posted: Oct 06, 2017 12:01 AM
Share   Tweet
The opinions expressed by columnists are their own and do not necessarily represent the views of Townhall.com. 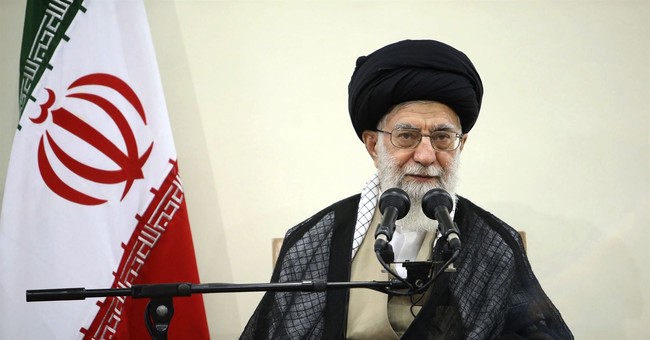 In the 1990s, I and my distinguished colleague Charlotte Ponticelli had the privilege of working with Dr. Clyde Snow, one of the world’s foremost experts in forensic anthropology, who played an instrumental role in bringing justice to Argentina by uncovering the mass graves left behind by the country’s “Dirty War.” His actions and investigation helped uncover the truth about what was an incredibly deadly series of crimes carried out over nearly a decade. Holding the regime in Argentina accountable set a valuable precedent and demonstrated the global community’s commitment to upholding justice and human rights, which must be maintained today.

After Argentine president Isabel Perón was deposed in 1976, a military junta took over the presidency and government, establishing a dictatorship and placing all levels of government under military control. During the regime’s rule between the 1970s and early 1980s, the dictatorship led by Jorge Rafaél Videla began to hunt down its left-wing political opponents and where tens of thousands were imprisoned and persecuted for their political beliefs.

Over time, the public became more aware of the human rights violations that were being carried out, and in 1979, Amnesty International accused Videla’s military government of causing the disappearance of 15,000 to 20,000 Argentine citizens.

At first, no information was provided as to the locations of their prisoners. Snow’s work in Argentina after the junta regime fell changed all of that, when forensic scientists were invited to the country in order to investigate the atrocities committed during the “Dirty War.” Dr. Snow recruited a group of Argentinean students to aid in his investigation. He led his team through the methodical excavation of unmarked graves, carefully organizing and recording all of the remains and evidence they found. Snow’s findings brought light to the families of the victims, who previously had no knowledge of their relatives’ fates. His testimony and evidence presented in court also led to the conviction of several members of the junta dictatorship. Today, the Argentine Forensic Anthropology Team that was created as a result of Snow’s inquiry continues to use his methods to investigate human rights abuses.

Similarly, during Iran’s “summer of blood,” Ayatollah Ruhollah Khomeini’s “fatwa” order to execute leftists and members of the principal opposition movement, the Mujahedin-e Khalq (MEK) was implemented with deadly efficiency. Over a period of just five months, the commissions or “death committees” established to carry out executions rounded up tens of thousands of political prisoners, giving them “trials” that lasted only minutes. In total, nearly 30,000 Iranian citizens were executed as part of the regime’s campaign to wipe out its opposition.

Since 1988, the Iranian regime has worked hard to cover up these horrors, as the locations of the mass grave sites remain largely unknown and the public is banned from visiting those that have been uncovered. However, last year’s emergence of a tape recording of Ayatollah Hossein-Ali Montazeri, Khomeini’s designated successor in 1988, condemning the massacre during a meeting of high ranking officials made it impossible for the regime to deny the massacre. In the recording of the August 1988 meeting, Montazeri states that the massacre was “the greatest crime committed under the Islamic Republic” and that the "mass executions without trials, particularly as it relates to prisoners and captives…definitely over time will favor them and the world will condemn us.” The fact that senior officials of the regime—all of whom continue to serve today—were present at this meeting proves their direct culpability in these heinous crimes.

The similarities between these two atrocities—Argentina’s “Dirty War” and Iran’s “Summer of Blood”—are clearly extensive. Both the Argentine and Iranian regimes attempted to silence their political opponents in incredibly deadly ways, succeeding in giving violent deaths to tens of thousands of leftist opposition members in each case. In fact, even more civilians were killed at the hands of the Iranian regime than in Argentina. Those that lost their lives in the violence were buried in unmarked mass graves, with no information given to the families of the victims. The two massacres are also similar in that the governments both attempted to cover up their wrongdoings—while the Argentine junta staged guerrilla attacks to justify their “civil war,” the Iranian regime simply denied the event ever happened and essentially erased it from history.

Members of the “death committees” established in 1988 remain high ranking government officials today, including the current justice minister, Alireza Avayi. Iran continues to use public executions as a means of punishing political and religious prisoners, and leads the world in per capita executions as the only nation in the world that still executes juveniles.

As human rights lawyer and former UN War Crimes Court judge Geoffrey Robertson points out, the evidence of Iran’s international crimes violates the 1948 Genocide Convention, which Iran is a member of. This fact alone implies a duty to investigate the atrocities committed by the regime, an event which he called “the largest state killing of political prisoners since the 1942 Bataan Death March.”

Just as Dr. Snow ensured that the members of the Argentinean junta were held accountable in the 1980s, the same must be done in Iran.

The families of the victims in Iran deserve closure and justice, which cannot be achieved without an official investigation into the brutality perpetrated by the regime. Creating a commission of inquiry into the crimes of the Iranian government would further establish this precedent of justice and protecting human rights, and would display to the world that those who violate international law on such a deadly scale will be held responsible for their actions.

As the highest international authority entrusted with the task of upholding and safeguarding human rights, the United Nations General Assembly has both a moral and a legal authority to launch such an investigation.