Just Who Is the ‘Establishment?’

Ken Blackwell
|
Posted: Jul 22, 2016 9:30 AM
Share   Tweet
The opinions expressed by columnists are their own and do not necessarily represent the views of Townhall.com. 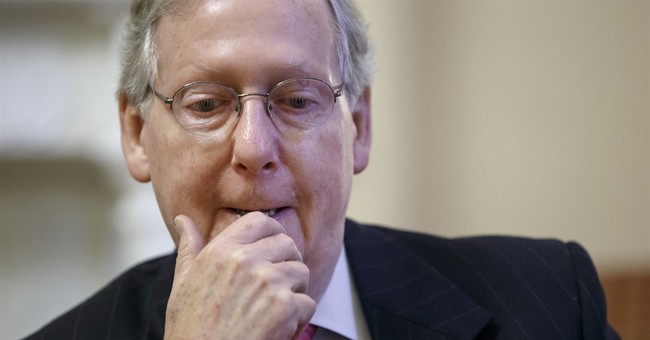 We all claim to hate the “establishment.” And why not? Look at the mess around us. It’s obvious that the folks in charge haven’t done a very good job.

But who is the establishment? The term gets tossed around a lot as an insult these days – even by some people who sure appear to be part of it.

There’s a lot that can go into being a member. Education, job, philosophy, position, mindset. All matter. But attitude trumps experience.

Some of those campaigning against the establishment assume that anyone holding office is a member. That’s a big mistake. Many of the most courageous warriors for liberty were elected to something. After all, if the government is the problem, then you’ve got to get into it to fix it.

Consider Barry Goldwater and Ronald Reagan. The first was a U.S. senator. The second was a two-term governor—of California! Yet Goldwater helped spawn the conservative movement that made Reagan president. For these two political giants, getting elected was part of the solution.

And that remains the case. There are many good men and women of principle who serve in Congress and state office across America. One of the ways they prove their worth every day is by working against their colleagues to fight for a free society, traditional values, the rule of law, limited government, and so much more that is in such short supply in Washington. Just try to imagine how much worse it would be if we didn’t have these folks battling behind enemy lines.

Some grassroots activists also exhibit a reverse snobbery about education. If you went to an elite school, you must be part of the establishment. Certainly many people who go to Harvard, Yale, Princeton, and the like are part of a well-connected moneyed and intellectual elite. But normal folks of extraordinary ability also attend those schools. Indeed, that kind of mobility has characterized America from its beginning.

The issue isn’t lineage either. Sometimes a family epitomizes establishment. The Kennedys and Bushes, for instance. But there’s often a member who breaks the mold. Imagine Winthrop Rockefeller becoming governor of Arkansas and Jay Rockefeller being elected senator from West Virginia! Maybe they still counted as the establishment, but most of us imagine the Rockefellers ruling over New York State, Wall Street, big banks, oil conglomerates, and the like.

Having money certainly doesn’t make one part of the establishment. We often think of “old money” in that way. But the rich aren’t united over much of anything. Stewart Mott and Peter Thiel, to name just two, broke with ideological orthodoxy and pushed idiosyncratic ideas.  Pete du Pont, scion of the family that owns the world’s best known chemical manufacturer, champions conservative ideals, including Main Street economics.  They don’t fit what most people think of as “the establishment.” What matters most is mindset, beliefs and worldview.

First, do the candidates for establishment status believe they have been chosen to govern? It doesn’t really matter who does the choosing. Do they imagine that their position is ordained by something higher—God, evolution, nature, civilization, government, progressive values, or whatever?

Second, do the establishmentarians believe the people must be saved from themselves? While most of us occasionally roll our eyes at public opinion, we don’t believe that beneficent social engineers will make things better. But, members of the establishment do.

Third is the common belief that those out of step with history, meaning the advance of liberal opinion, must be forced into line with their more perceptive neighbors. There is no room for live and let live. Political differences are seen as fundamental moral failings that must be remedied. While government cannot reach into us—well, at least, not yet—to reprogram our beliefs, it should, in the view of establishment members, insist that we live as progressives.

Fourth, uncomfortable with the will of the people, members of the establishment see government, particularly the federal government, as the most important mechanism of social change. It knows best and its ability to coerce makes it a tool of righteousness: it can force the greedy, myopic, prejudiced, ignorant and foolish to do what’s right – according to progressive doctrine. Error is simply the small price we pay for a more just society.

Finally, in the eyes of the establishment, the only legitimate role for the “loyal opposition” is to debate the manner and speed with which liberal values should be imposed. Democrats are supposed to set the agenda—increase spending, redistribute wealth, socialize health care, and the like. Republicans, in the view of establishment members of both parties, are supposed to debate and arrange the details.

People who believe in and act on these tenets can properly be called members of the establishment. Anyone who believes that “rulers and ruled” are “we and them” fairly belongs in that group. These people – the ones with a vested interest in government – are the ones the public should hasten into retirement.