The Problem With Obama’s Trickle Down Regulations

Ken Blackwell
|
Posted: Jan 28, 2016 12:01 AM
Share   Tweet
The opinions expressed by columnists are their own and do not necessarily represent the views of Townhall.com. 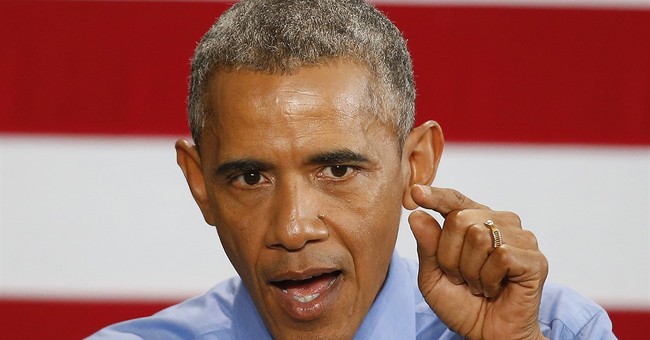 President Obama’s legacy is sadly clear. Eight years of this administration’s disastrous environmental policies and unwarranted regulations are not only creating havoc in Washington, DC, they are trickling down into individual states, increasing costs for businesses and potentially stalling much needed economic development in areas starving for prosperity and growth. Even worse is emerging evidence of state regulators tearing pages out of the EPA’s playbook and piling on with additional environmental rules and penalties that only add to the confusion and costs for businesses around the country.

The EPA in Washington, DC is the best example of a national agency nearly out of control. Empowered by a president who scoffs at the idea of working with Congress, the EPA is clearly carrying out its own, executive ordered mission to impose a litany of costly new regulations that in the long term could cut jobs in the energy and manufacturing sectors and could easily delay new business investment across the country. New national EPA regulations governing carbon, methane, ozone emissions and water quality require oil, natural gas and coal producers to pay costly fines or shut down. With oil and gasoline prices at all-time lows, many of our nation’s energy producers are struggling to keep workers employed, especially the smaller, independent energy companies that can hardly afford excessive and unnecessary fines. The sad reality is that few, if any of these new EPA regulations will offer any measurable improvement in our quality of life, but they could easily make many oil, coal, and natural gas companies lay off even more workers due to higher operating costs.

And these unneeded new environmental rules and regulations are not just coming from the national EPA. North Carolina is a prime example of state regulators run amok, showing little reason or consistency in their decision making. For example, water drinking safety standards are now so misleading and confusing thousands of state residents don’t what to do regarding questions about their drinking water supply. Many North Carolina drinking water wells have been labeled unsafe if you happen to drink water from a private well near a Duke Energy power plant. But the same water quality – with the same level of alleged “contaminants” has been labeled safe to drink if your water comes from a municipal water source in many cities across the state. If this sounds like an arbitrary double standard foisted by regulators who simply want to punish businesses, you are correct! Chamber of commerce officials in NC have already gone on record saying they remain concerned about the long term impact of creating such a negative business climate in the state by allowing such arbitrary penalties against businesses.

The water safety rules in North Carolina have become so convoluted and confusing, the state health department and various environmental agencies are now pitted against each other in a finger pointing blame game that will likely require the intervention of state lawmakers who now have to clean up the regulatory mess. One state senator was quoted at a recent hearing saying, “We’re telling people that their water is unsafe, and now we’re telling them that maybe it might not be.”

It’s also ironic and noteworthy to mention when the EPA causes its very own environmental disaster, such as the Gold King Mine incident in Colorado, how quickly the agency turns a blind eye to the need for investigation, punishment or fines. When an EPA order triggered the release of three million gallons of mine waste and toxins into a tributary of the Animas River, the EPA simply ignored the penalties that it surely would have imposed on a privately held company. Republicans now say they will conduct their own investigation into the mining disaster that polluted water in three western states as well as lands of the Navajo Nation. To date, the EPA has failed to launch any criminal investigation and no one has been held accountable.

The only good news is the fact that time is running out for the Obama Administration. Let’s hope a new President has the good sense to reverse this rogue EPA’s course and halt needless, trickle down regulations that are threatening new business development and job creation.