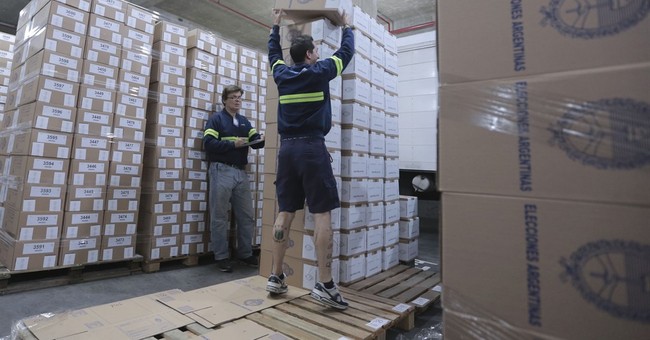 Political satirist P.J. O’Rourke makes an oft-missed point when he says, “It is a popular delusion that the government wastes vast amounts of money through inefficiency and sloth. Enormous effort and elaborate planning are required to waste this much money.” Taking a page straight from the government playbook, the United States Postal Service’s upcoming $6.3 billion procurement of new mail delivery trucks echoes this sentiment perfectly.

Few people would credit the USPS with being a portrait of modernity, but its recent decision to revive a decades-old procurement process to build its new fleet is especially appalling. Soliciting plans from a handful of auto manufacturers for its “Next Generation Delivery Vehicle” (NGDV), the Service has established an onerous set of requirements that will inevitably result in an overbuilt, under-capable, inefficient fleet that it will be stuck with for at least the next twenty years.

The NGDV would replace the Grumman Long Life Vehicle (LLV), the iconic “mail truck,” using the same fleet acquisition approach the Service employed in 1987, purchasing 180,000 purpose-built vehicles and keeping them in service for decades. This approach ignores modern best practices used by the USPS’ private sector rivals like FedEx and UPS and necessitates future postage hikes to pay for vehicle maintenance and fleet inefficiencies. For an organization that posted a loss of $5.1 billion in 2015 alone, you would think reigning in expenses and learning from one’s competitors would be a top priority.

Phasing out the LLV fleet is undoubtedly a job worth doing—the current motor pool, averaging 24 years old and a paltry 10 miles per gallon, cost $450 million in 2013 alone to maintain. Apart from being woefully inefficient, LLVs are dinosaurs, not equipped with airbags, anti-lock brakes, intermittent wipers, or air conditioning, standard features on nearly every passenger car today. For as much money as the Service spends to keep this prehistoric fleet alive, USPS drivers and customers sure aren’t getting very much. The lessons learned from the LLV experience present ample evidence in favor of a new, modern procurement process.

The U.S. automobile market offers plenty of models capable of meeting the Postal Service’s needs, obviating any reason to purchase an expensive mail delivery truck exclusively designed and manufactured for the USPS. What’s more, with a little light customization, a mixed fleet of off-the-shelf vehicles can be equipped to handle every type of terrain, route, and weather. This tailored approach is far superior to the one established in the USPS proposal, which, for example, requires that every single vehicle in the fleet be capable of keeping its driver warm when the temperature is 30 below zero outside—good for Alaska or Montana, and useless for most of the country. It is this kind of ham-fisted waste the USPS has become known for, and there appears to be little will within this 200-year-old organization to change anytime soon.

A recent report commissioned by Securing America’s Future Energy, an organization I advise, found that a postal fleet using lightly customized, mass-market vehicles that are turned over regularly—instead of purpose-built ones—could save the USPS more than $2 billion through lower maintenance costs and fuel savings while giving the Service far more flexibility. Importantly, by refreshing this fleet every 10 to 12 years instead of every 24, the USPS could also easily take advantage of the same technology improvements available to private sector car and truck buyers, including new features like adaptive cruise control and collision avoidance braking.

Simply put, the USPS can’t afford a repeat of 1987’s mistakes, for the sake of its bottom line and the safety of its drivers. Mail volume dropped by 60 billion pieces from 2007 to 2014, prompting a crash in revenue of over $6 billion. It is impossible to know what the USPS’s needs will be in the coming years, but we know it should stay flexible in an ever-changing business environment. Now is not the time to drop an additional $6 billion on delivery vehicles that the Service will be saddled with for decades and that will be outdated in five to ten years.

The USPS has been offered an opportunity to shore up its finances and join the modern world by emulating its private-sector competitors and building its next generation fleet with vehicles the world is already making for just such a purpose—replacing them more regularly at a much lower overall cost. The time has come to clean up this model of government waste, as a matter of national pride and for the sake of American consumers.