Condemned If You Do: Sgt. Charles Martland 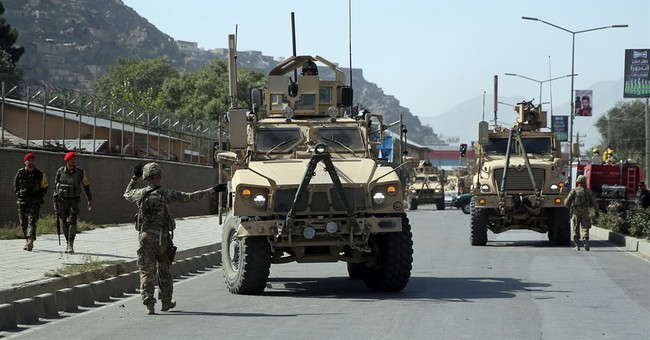 We should all want our troops in Afghanistan to intervene to stop the rape of boys, right? Surely, we don’t want our U.S. Army to act like morally neutered crew members of the Starship Enterprise from the famed "Star Trek" TV series. Those fictional time and space travelers had a Prime Directive that forbade them from interfering in the development of less technologically advanced beings they encountered as they went “where no man had gone before.”

If our troops had been detailed to serve as observers with the British in India in the nineteenth century, would we have expected them to look on with indifference as a young widow was placed on her late husband’s funeral pyre? The British resolutely stopped such inhuman and barbaric practices. And they suffered no pangs of conscience about interfering. But it’s our custom, some of the village elders in those days protested, to burn living women with their dead husband’s body. And it’s our custom to hang you if you do, responded the British officers. That was called civilization.

Sergeant Charles Martland is currently being persecuted by the U.S. Army for forcefully intervening to stop an Afghan military leader from raping a little boy. The Army brass want to drum Sgt. Martland out of the service for his heroic actions.

Regrettably, the U.S. military and its leaders in Washington apparently have known for many years that Afghan boys are so sordidly used. Regardless of whether personal or political interventions have been undertaken previously, we do know that once Sgt. Martland and his then-superior, Captain Daniel Quinn, undertook to stop this horrid instance of child abuse, they ran into serious trouble from their higher-ups.

Sgt. Martland’s story is shocking in what it portends for the future of U.S. military operations in barbarous lands. What would be next? Should our troops turn a blind eye to female genital mutilation? Should they look the other way as teenage girls are murdered by family members—“dishonor killings”—for having consorted with some of our young soldiers? Should they stand by as “apostates”—people who leave Islam—are beheaded? Should those who try to stop these barbarous practices be tossed out of the military or forced to undergo “sensitivity training” to force them to accept savage actions?

As the General said upon delivery of the petitions to Chairman McCain, “It is an appalling wrong to tell our soldiers that they must ignore the sexual abuse of children and forever live with the memory of the screams of these children. If our brave men and women must turn away from such atrocities in the name of not alienating allies, do we stand for anything anymore? The move to discharge Sgt. 1st Class Charles Martland is unacceptable, and must be rescinded immediately.”

FRC has also raised its voice in support of Rep. Duncan Hunter’s (R-Calif.) efforts to defend Sgt. Martland. Congressman Hunter responds to the administration’s spinelessness in a series of tough letters to Defense Sec. Carter. In one of these, the no-nonsense Iraq war veteran Hunter took this administration to task, saying:

"To say that you've got to be nice to the child rapist because otherwise the other child rapists might not like you is one of the stupidest things I've ever heard -- totally insane and wrong."

Looking the other way is never the answer when confronted by evil. America has fought wars and sacrificed greatly precisely because free and brave people confront evil bluntly and forcefully. We will cease being the country we have known and loved if this changes.