Camps Ashraf and Liberty: Neglect of US Principle and Commitments Abroad 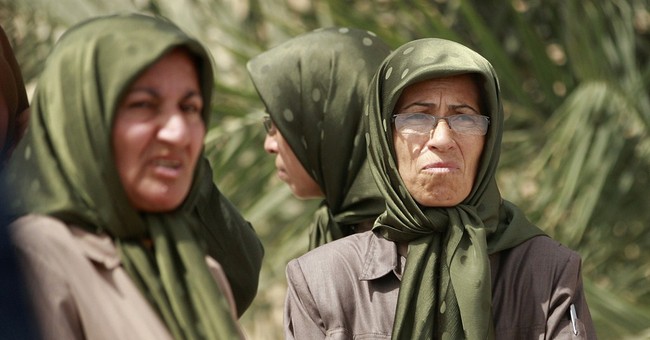 If there is one principle that the United States values it is liberty. So when thinking of the US’s relationship with worldwide movements for freedom and democracy, one would expect it to support them as a matter of course.

Unfortunately, reasonable expectations sometimes fall short of reality and there are disturbing examples of the US reneging on past commitments to pro-democratic movements in foreign territory.

This is bad enough for being at odds with some of the US’s most closely-held principles, and it is worse for the fact that it has been to the benefit of one of the US’s main enemies in the world and the direct antithesis to many of those American principles.

For as long as the world’s only modern theocracy has been ruling over Iran, the People’s Mojahedin Organization of Iran (PMOI/MEK) has been fighting to oust that regime. It has suffered tremendously, comprising the vast majority of the 120,000 political dissidents executed in Iran by the Ayatollahs. Given the ferocity with which it has been targeted by Tehran, a good portion of PMOI/MEK activists has been forced into exile. Many of them constructed a community in eastern Iraq in the 1980s and established it as a stable base of operations for continuing their fight against the theocratic regime in Iran.

For well over two decades the community, Camp Ashraf, thrived, developing a close relationship with Iraqis in the surrounding area and subsequently working cooperatively with US military personnel stationed there during the occupation of Iraq in 2003. Many military officers developed lasting respect and friendship for the people they met at Camp Ashraf, and many of those officers remain understandably distressed to this day about how their leaders in Washington ultimately turned their back on the community, helped orchestrate its evacuation in 2012.

This was a shameful incidence of the US betraying not only its own principles but also its prior commitments, as each member of the Camp Ashraf community had previously been issued a document guaranteeing them protection by the United States. The community voluntarily disarmed and as a consequence it was left defenseless when Iraqi forces, under Tehran’s growing influence, launched attacks on them, killing 52 of them on September 1, 2013 alone.

The Camp Ashraf Massacre was the last violent incident as the residents relocated to the former US military base of Camp Liberty near the Baghdad airport, which was akin to being a prison, where repressive measures have only grown more sustained, with the residents subjected to a variety of restrictions, including adequate access to medical care.

Even as this community of 2,400 people loses residents one at a time, not only has the United States failed to uphold its commitment to ensure that they are protected, but also it has failed to take any serious steps toward their final relocation from what was supposed to be a temporary way-station to permanent homes in free, democratic nations, where they can peacefully carry on their fight against a repressive theocracy.

Fortunately, Congress has weighed in on this issue repeatedly.

And in the summer of 2014, thirty-eight distinguished Americans (including myself) from across the political spectrum sent a letter to President Obama urging action to protect these dissidents. Signatories included Chairman of the Joint Chiefs General Hugh Shelton, Speaker Newt Gingrich, Attorney General Michael Mukasey, Pennsylvania Governor and Homeland Security Secretary Tom Ridge, and Mayor Rudy Giuliani. Perhaps the most noteworthy military name on the list was General James Jones, who, in addition to being the former head of NATO and commandant of the Marine Corps, was also Obama’s own White House national security adviser. They were joined by other leading Democrats like New Mexico Governor and U.N. Ambassador Bill Richardson, and former DNC Chairmen Ed Rendell and Howard Dean.

There is much that the US can do to protect these people in the short term and to secure the safety of their lives and their pro-democratic cause over the long term. We must take every step necessary to evict Iranian regime proxies from positions of influence in Iraq, where they have lately been able to order attacks on the Iranian dissidents as well as contributing to the ongoing sectarian violence in the country.

Furthermore, we must send a strong message to Prime Minister Haider al-Abadi government regarding the safety of the Camp Liberty residents. It is in Abadi’s power to see that those involved in past attacks are removed from their current positions around the camp. But it is up to the US to design a situation in which it is clear that doing so is also in Abadi’s personal interest.

This will go a long way toward making future attacks more difficult, but the U.S. must also bring the airspace over Camp Liberty under protection so as to prevent any missile or aerial attacks against the camp. It must ask the Iraqi Government to stop actions that paved the way for past attacks, such as allowing agents of the Iranian regime into its vicinity. The United States Government must also demand that Baghdad allow the sale of the residents' property at Camp Ashraf, with an estimated value of nearly 500 million dollars, in order to fund the continued resettlement of the residents outside Iraq
Bipartisan Letter from Congress Demands Answers from Fauci on Why Taxpayers Funded Experiments on Puppies
Rebecca Downs
McAuliffe Can't Draw Crowd in Blue Arlington, and Other Cringe Details in the Final Days of Virginia Race
Rebecca Downs
More Polls Confirm the Virginia Gubernatorial Race Really is This Close