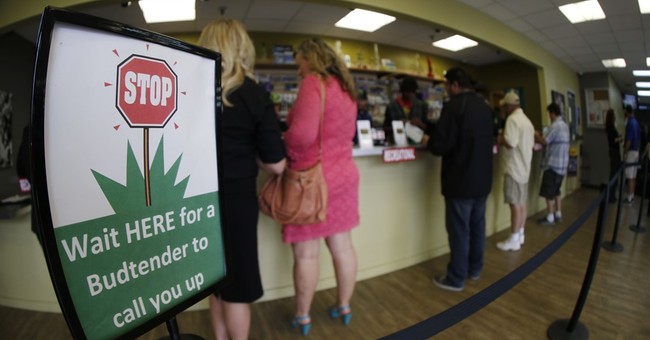 Trending
Editor's Note: This column was coauthored by Bob Morrison.

Like too many politicians of his generation, President Obama seems to think that proper enforcement of our nation’s drug laws would be hypocritical. We know from David Maraniss’ highly acclaimed biography, Barack Obama: The Story, that the marijuana-smoking “Choom Gang” was all too much a part of the young Obama’s days at Hawaii’s exclusive Punahou prep school.
Last year, the President asserted that smoking marijuana is little different than smoking cigarettes or drinking alcohol. He’s wrong: As FRC has documented, today’s pot is far more potent and thus far more likely to cause grave harm to young people than the marijuana of 30 and 40 years ago.
Family Research Council’s Marriage and Religion Research Institute (www.marri.us) has shown how children raised in fragile families are at heightened risk of using drugs. Such use often begins with the supposedly “benign” use of marijuana, as the National Institute on Drug Abuse argues. As the federal Department of Justice has documented, as drug use increases, so does crime.
The inspiring story of Dr. Ben Carson is one of avoidance of drugs and escape from the mean streets of Detroit’s inner city. We are not permitted to endorse candidates, but we can certainly endorse the story of hope, discipline, and success his life represents.
Bill Bennett is the former Director of the Office of National Drug Control Policy. His new book, co-authored with former Assistant U.S. Attorney Robert A. White, makes a strong case for proper law enforcement on drugs. In Going to Pot: Why the Rush to Legalize Marijuana is Harming America,these authors provide startling evidence of the dangers of increased marijuana use, especially to youth. Government data shows that whereas 6.7% of 12-17 year olds report having used marijuana in the past month in other states, in those states that have legalized so-called medical marijuana, the figure jumps to 9.4%. Clearly, the argument that it will still be unavailable to underage users does not stand up.
Bennett and White also provide illustrations of marijuana marketed to youth in attractive packaging, made to look like popular candies and cookies (e.g. Kit-Kat, Oreo, and Nestle’s Crunch.) Alarmingly, Bennett and White show an advertisement targeted to skiers inviting them to buy a $1 joint by presenting their ski passes. Does anyone imagine that skiing is made safer by having impaired people on the slopes?
There is a serious constitutional issue here, as well. Although even some Republicans argue that drug legalization is properly a Tenth Amendment issue and should be left to the states, the reality is we have a federal drug law on the books.
The federal law on marijuana was duly enacted by the Congress and signed by the president. Colorado and Washington State passed referendums that violate this federal law on the sale and use of marijuana. How can they be permitted to flout federal law?
The Framers of the Constitution made it explicit that “this Constitution, and the laws of the United States that shall be made in pursuance thereof…shall be the Supreme law of the land.” Art. VI, Sec. 2 of the Constitution makes this clear. It is this provision that President Obama is failing to defend. It is this federal law that he is not taking care to be “faithfully executed.”
It used to be the case in many states and localities that saloons were required to close on Election Day. The assumption was that rounding up voters among the inebriated was not conducive to good government.
That famous anti-slavery Founder, Ben Franklin, provided wise counsel at the dawn of our nation. Asked what kind of government he and his fellow Framers had given the people, he said: “A republic, if you can keep it.” Legalizing harmful drugs that cause both physical and psychological damage and that impair citizens’ capacity for reflection and choice is surely no way to keep a republic.
Brian Laundrie Now Missing After Being Named a 'Person of Interest' in Fiancé Gabby Petito's Disappearance
Landon Mion
A New Poll Shows McAuliffe and Youngkin in Tight Race for Virginia Governor
Madeline Leesman
GOP Reps Demand More Briefings on Afghanistan: ‘This Withdrawal Has Been An Unmitigated Disaster'
Madeline Leesman
House Dem Campaign Chair: We Need to Stop Mentioning This $3.5 Trillion Welfare Bill We Want to Pass
Matt Vespa
96 Percent of Kentucky School Boards Vote to Retain Mask Mandates
Landon Mion
In These Districts, Joe Biden Is Becoming Radioactive
Matt Vespa