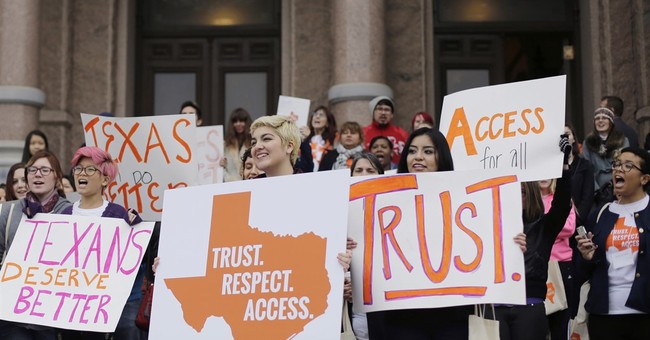 Conservative leader Morton Blackwell keeps a picture of Leonardo’s model of a bicycle on the wall of his Leadership Institute. It’s his site gag--and a sight gag.

Leonardo’s bike is a reminder that the great conservative philosophical insight—Ideas Have Consequences—is true only if people act upon it. You can sketch a bicycle and perhaps even build a working model. But we know it took 400 hundred years for people to start riding bicycles.

Progressives don’t ever wait that long. They start acting upon their ideas immediately. The only trouble is: the ideas they believe in are not true. Among the lies they believe, here are three of the most prominent:

Progressive Lie Number One: We do not know when human life begins. Justice Harry Blackmun wrote this in his infamous Roe v. Wade ruling of 1973. That was a lie when he wrote it. We all knew that human life begins at conception. We had known this incontrovertible scientific truth since the 1850s. That was the reason the states were urged to bring their homicide codes into conformity with science’s indisputable findings.

Justice Blackmun lied about all of this. TIME Magazine’s columnist Joe Klein was honest enough to admit this truth. He noted that the pro-life movement (he didn’t call it that, of course) had “gotten a major boost from science, ironically, as sonograms have made it impossible to deny that from a very early stage, that thing in the womb is a human life.” Fifty-seven million innocent human lives have been taken in this country as a result of this liberal lie.

Progressive Lie Number Two: Sexual intimacy between two men is equal to the union of man and woman. The 7.2 billion human beings who live today are each the fruit of the union of a man and a woman. Zero human lives have issued from the sexual intimacy of man and man. Is there marriage equality? Yes, marriage is for every race and nation, for every class and people. But each marriage, which has always been about procreation and child-rearing as well as complementarity of the sexes, is possible only for a man and a woman.

Progressive Lie Number Three: With enough cream, you can tame a tiger. Since 1989, our State Department has been feeding cream in the form of U.S. foreign aid to the Palestine Liberation Organization (PLO). State Department liberals hope they can change that man-eating tiger’s stripes.

The PLO has never ceased to be a terrorist outfit. All the monies that the UN, the European Union, and the long-suffering U.S. taxpayers have been dunned to pay out have served only to strengthen this gang of mass murderers. All formulas for a “Two-State Solution” to the perennially turbulent Mideast that are based on a peace settlement between a legitimate, democratic, and free Israel and a bloody regime of killers in the PLO are failing. They are a house built on sand. They should fail. Ditto Iran.

So it is not surprising that our foreign and domestic policies are in turmoil. They are each premised on untruth. We strive to base our principles on truth. We do not always succeed, but we do believe we can know the truth. And the truth will set us free.

Before we can discern the truth, we must be able to speak. That’s why I have written this essay. We invite—and will doubtless receive—intelligent criticism. What I do not invite is threats of violence, a gag order, or a crushing out of our dissent by the forces of political correctness.

Russian dissident writer Aleksandr Solzhenitsyn wrote that man is distinguished from the beasts by thought and speech. Where these are not free, man ceases to be human. We do have a cause worth striving for. The cause is mankind.