Let's Shine Some Light on "Net Metering" Sleight of Hand 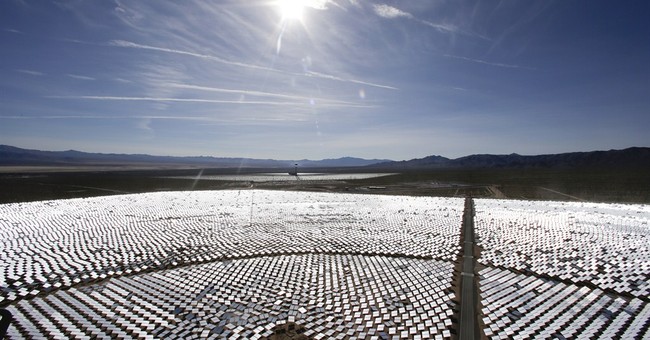 You want to run your home with solar power? Well, more power to you. But don’t force your neighbors to pay for it.

That’s the message the Florida Public Services Commission delivered to power companies and environmental activists alike with its 4-1 decision last month to expand consumer access to solar power while protecting other Floridians from having to subsidize it.

Meanwhile in Arizona, the rooftop solar industry backed candidates Lucy Mason and Vernon Parker for the state’s Corporation Commission, which regulates public utilities, yet both Mason and Parker lost their Republican primaries. The central issue contributing to their defeat? The controversial policy of “net metering,” which both Mason and Parker supported and which shifts costs from residents with rooftop solar systems onto their often less-affluent neighbors who do not.

It appears the cold reality of public opinion is slowly beginning to overtake the media hype behind the “solar revolution”. Sunshine is the best disinfectant, as the saying goes, and the heavily-subsidized solar industry - spearheaded by Elon Musk’s SolarCity, among others - would just as soon keep customers, ratepayers and regulators in the dark as to how its services and financing schemes are making" knee deep" in cash while leaving the rest of us to pay the tab.

Take net metering, for example. Lewis Jennings of the Florida NAACP makes a case worthy of serious debate . “It’s all Wall Street and Silicon Valley types — already millionaires and billionaires — who are behind these rooftop solar companies and are taking advantage of net metering to market their product to customers.” Mr. Jennings further argues that rooftop solar customers tend to be well-off homeowners, while many working people who live in apartment buildings and public housing have no access to solar power, but nevertheless pay higher rates through net metering policies.

Very few people would install these rooftop solar systems at all if not for the federal tax break that comes with it. But you better read the fine print. Consumers only get the tax credit if they purchase the rooftop systems. Unfortunately for too many unsuspecting homeowners, all the growth in the solar business has come from people who lease their rooftop systems. And under a lease arrangement, the solar company gets the tax credit, not the homeowner.

Even more alarming is what the solar industry is doing with those leases. According to Walter Grunwald of Time, “Those 20-year leases look a lot like mortgages, auto loans or other financial instruments that Wall Street routinely packages into securities. The financial crisis made securitization a dirty word, but it’s a powerful tool that can convert a dribble of investment into a cascade and slash capital costs. And Wall Street has begun to package solar contracts into securities.”

In other words, some of the same " too slick by half" financial instruments that ruined the lives of millions of homeowners and brought the U.S. economy to its knees are fueling the growth of the rooftop solar industry. Recall that American taxpayers bailed out the financial whiz kids who conjured and marketed those obscure financial security instruments to the tune of nearly a trillion dollars.

The subsidized solar industry would prefer to keep the public in the dark about all this information. But if the recent Florida Public Services Commission decision and election returns in Arizona are any indication, the public has seen the light on this “green energy” sleight of hand.

Let there be light! And, let an honest debate begin.

BREAKING: Medical Examiner Finally Releases Officer Sicknick Cause of Death...and When It Happened
Katie Pavlich
Fact Check the Left: Was Daunte Wright Stopped by Police Because of a Car Air Freshener?
Matt Vespa
'Rioting and Violence Have Absolutely No Place in Florida': Ron DeSantis Signs Anti-Riot Bill Into Law
Julio Rosas
These Are the Two Issues Trump Has with Biden's Afghanistan Withdrawal Date

Who Killed Ashli Babbitt
Townhall
'Are you trying to get someone killed?' CBS News has decided that the public should know where at least one of Derek Chauvin trial jurors lives [video]
Twitchy
BREAKING: Cause of Death for Officer Brian Sicknick Released, Major Blow to Media and Democrat Narrative
Redstate
New Study Shows Just How in the Tank for Biden the Legacy Media Is
PJ Media