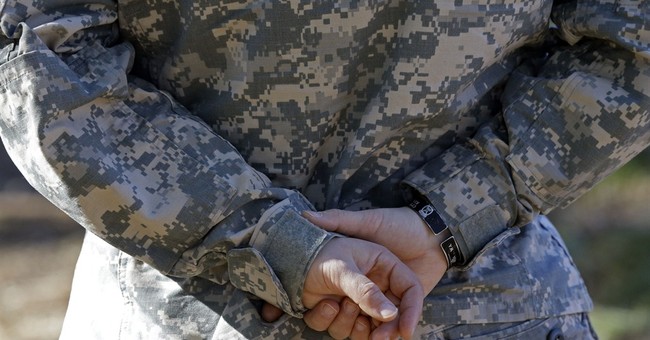 Beau Bergdahl has been returned to “active duty.” Apparently, that means a desk job while the Army considers what should be done with this young enlisted soldier. Bergdahl was held for five years by the Taliban since walking away from his post one night in 2009.

President Obama greeted Bergdahl’s relieved parents in Rose Garden at the White House in a move widely criticized. And that was even before Americans learned that the Obama administration had traded young Bergdahl for five of the most murderous Taliban detainees from our facility at Guantanamo Bay.

Duty. There seems to be much confusion about the word today. The fifth general order that recruits are required to memorize in Boot Camp defines it as a military duty “to quit my post only when properly relieved.” It is not yet clear that Beau Bergdahl committed any disloyal act in walking off his post in Afghanistan. We may find upon a probing investigation that he was dazed, depressed, drunk, or drugged. A full and fair inquiry is required.

But this much is already clear: Beau Bergdahl quit his post in Afghanistan without being properly relieved. He did not do his duty. A number of his fellow soldiers have been outspoken in describing Bergdahl’s dereliction of duty. They did their duty in Afghanistan and we should be forever grateful to them for putting their own lives on the line.

A number of Bergdahl’s platoon members have said that other U.S. soldiers died in an attempt to find this AWOL soldier. We don’t know that yet. We do know, however, how many U.S. soldiers have died trying to capture, kill, or suppress the Taliban: 2,194. Salon, the liberal website, keeps an updated tally of the costs of this U.S. effort.

As past American wars have gone, this is not a huge number. We lost more than that number of Americans on D-Day. Still, for those brave warriors, and for their families, the loss of any American life is a serious matter. That’s why the deaths of four Americans at Benghazi continues to roil the waters in Washington, as it should.

Part of the duty of this administration, or of any administration, is to keep faith with all the troops that the Commander-in-Chief orders into harm’s way. This is what President Obama failed to do in bringing the Bergdahl parents to the White House for a celebration. This is what he failed to do in releasing the five killers from Gitmo. Michael Dukakis, it should be remembered, only let a convicted killer have a furlough on weekends—and that was enough to contribute to his overwhelming defeat for president in 1988.

With this unjustified release, President Obama has yet to explain what he expects of our remaining forces in Afghanistan. Why should any American soldier risk his or her life, or the lives of those he or she commands, in pursuing, capturing, or suppressing the Taliban?

This is the war, candidate Barack Obama told us, that President Bush had failed to prosecute with all seriousness. “He took his eye off the ball,” then-Sen. Obama charged. We had a right to assume he would not give away the ball to the enemy.

“England expects every man will do his duty.” That was the once-famous signal that Admiral Horatio Nelson’s flags spelled out from the mast of his warship, HMS Victory.Lord Nelson’s victory was gained in the epochal Battle of Trafalgar in 1805. With this lopsided triumph, the Royal Navy ended forever the threat to Britain of an invasion by the Emperor Napoleon. Lord Nelson himself was among the 449 British sailors killed that day. Another 1241 were wounded. All had done their duty and in so doing, the British Isles were secure from invasion for more than a century.

Lord Nelson could speak with confidence about what England expected then. And we Americans used to understand what duty required of us. Many Americans can criticize George W. Bush for his actions in Iraq and Afghanistan, but few can doubt his sincerity. And fewer still can doubt that he has done his duty with respect to our wounded warriors. Both as president and since leaving the White House, Mr. Bush has regularly visited our soldiers in hospitals and ridden with them as they recovered from their injuries.

How can President Obama ever again say: America expects everyone will do his duty? With Benghazi, with now this shameful release of dangerous terrorists from Gitmo, Barack Obama has most flagrantly failed to do his duty. It is our duty to note this dereliction.