Mr. President: Is There a Bear? 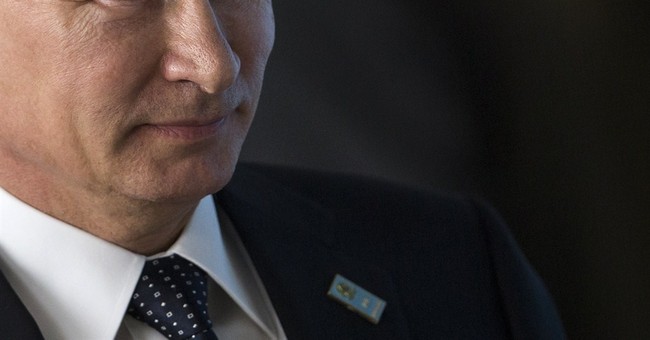 It may have been the most effective political ad in history. President Reagan ‘s 1984 “Prepared for Peace” ad was a 30-second spot featuring a bear. It put the essential question to the American voters and let them decide who was right. They decided then that Reagan was right: It was best to be “as strong as the bear, if there is a bear. President Reagan carried forty-nine states that year.

It’s helpful to remember what was happening in the world at that time. Just the previous September, the USSR had shot down a civilian jetliner, KAL 007. The jet was brought down over Kamchatka, a peninsula in Soviet East Asia.

Initially, the Soviets tried to deny killing the 269 helpless passengers, including a U.S. Congressman. Soon, the truth came out. They knew the airliner was unarmed. The Soviet pilots could see the faces of the people they were about to murder in cold blood.

President Reagan reacted strongly, but he did not overreact. He closed down a number of Soviet consulates in the U.S. that were little more than home bases for the Soviets’ KGB spy activities. He tightened export licenses on strategic materials to the USSR. But he let the world see the Soviet bear’s fangs and claws. Those who had denounced Reagan for warning of “an evil empire” had to do some explaining to the American people and to the citizens of Western European democracies.

In that same election cycle of 1984, a young John Kerry was running for the U.S. Senate. Although Ronald Reagan carried Massachusetts (the last Republican to do so), Kerry sledded into the Senate on the issue of the Nuclear Freeze.

Kerry thought that the correct response to Soviet placement of Intermediate Range Ballistic Missiles in Eastern Europe was for the United States to reject the pleas of our NATO allies for Cruise and Pershing Missiles to be placed in Western Europe. Instead, Kerry wanted us to freeze. As in, we should freeze in terror.

We now know that the Nuclear Freeze Movement, which brought out millions of leftist protesters here and in Western Europe, was stoked by the KGB. Young Vladimir Putin was then training for bigger things in the KGB.

All of those Western liberals who advocated the Freeze were dupes of the Kremlin. None of them has ever had to account for his colossal misreading of the USSR and its aggressive intentions.

Young Barack Obama was a student at Columbia University then. He may have been among the millions who came out to Central Park to cry out for the Nuclear Freeze, but that part of his record has been discreetly airbrushed. He is rumored to have written his senior thesis for Columbia about the Nuclear Freeze, but if so, that revealing bit of background has also been swept from public view. No reporter has ever asked him to confirm or deny these points. We know this much: There was not a left-wing cause that Barack Obama did not embrace then or now. Ditto John Kerry.

Hillary Clinton, Kerry’s immediate predecessor, rehearsed in this BBC interview [Russia portion at 4:55] her “Re-set” button stunt with Russia’s tough, grim Foreign Minister Sergei Lavrov. Madam Secretary said it was “a brilliant stroke.” She told the incredulous journalist, Jeremy Paxman, we had great successes dealing with Dmitri Medvedev. But, alas, all that was spoiled when Vladimir Putin returned to office. It’s as if she thinks Vladimir Putin was not calling the shots for one moment since his quiet coup of New Year’s Eve 1999! Now, Putin is calling this shot.

We should have seen this day coming. When President Obama told Medvedev in 2012 that he would have “more flexibility” after the election, he was sending an important signal. He was saying to Putin’s messenger boy that he would not have to face the voters again, he would not have to worry about accountability to the electorate. He could be even more flexible after he was returned to the White House

Many of us wondered then how you could possibly be more flexible toward that repressive regime increasingly ruled by one determined man, Vladimir Putin. In his first term, Mr. Obama had given in to the Russians on virtually every point imaginable.

Obama. Kerry. Clinton. Each one has been shown to have been duped by the Russians for decades. So, let us not affect surprise when the Russians take this opportunity to reassert themselves on the world stage. What else could we expect if there is a bear?