Game Changer? Not in the Way Intended 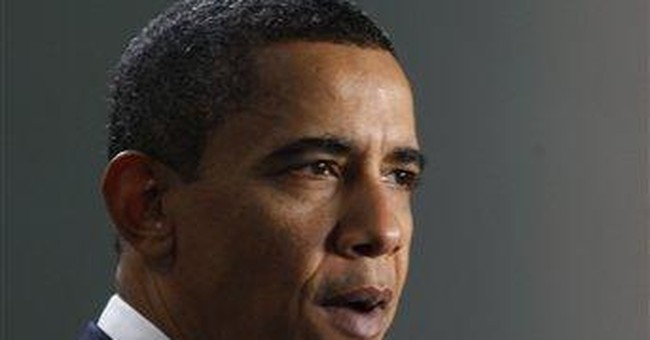 With our 24/7 news cycle, we tend to rush past important events all too quickly. No sooner did we see Chilean rescue teams aiding stricken Haitians than international groups were racing to Chile. At times it all seems a blur.

Let’s not rush by last week’s Health Care Summit at Washington’s historic Blair House. It was a great location for such a gathering. It was not held on Capitol Hill. Neither was it held in the White House. Blair House could serve as an excellent meeting ground between the Executive and the Legislative branches. Hats off to the event planners who chose this site.

President Harry Truman actually lived in Blair House for several years during the extensive renovation of the White House. Harry actually stuck his head out the window here when Puerto Rican terrorists tried to assassinate him in 1950. A White House policeman died defending the President.

An even more bizarre event occurred here in 1995, when Russian President Boris Yeltsin ventured out the door of Blair House in his underwear, hailing a cab for a pizza run. Stories of Yeltsin’s late night boozing were vigorously denied by the Kremlin: “It’s not true Yeltsin is drunk every night. He’s drunk every day. At night, he sleeps it off.”

The day-long Obamathon on Health Care needs to be analyzed with care. No sooner did we hear in the State of the Union Address about the need to focus on jobs, jobs, jobs, than we found ourselves back on health care. As if we haven’t talked enough about health care in the last year. Jobs--Joe Biden’s “three-letter word”--ought to be the focus on domestic policy, but it isn’t. And voters are not happy about that.

President Obama was described by almost everyone as highly intelligent, articulate, and professorial. But we knew all that going in. Conservative columnist Dennis Prager noted something that few have commented upon:

The President was invariably addressed as “Mr. President.” He--on the other hand--routinely referred to conferees by their first names. How is that? “John, Chuck, Kathleen, Eric, Mitch.” It’s not a question of protocol or civility. It’s more than that.

When House Minority Leader John Boehner raised the critical issue of federal funding of abortion under ObamaCare, the President petulantly waved it away, calling the question just “Republican talking points.”

How odd, especially when the Stupak Amendment banning federal subsidies for abortion passed the House by 240 votes--including all Republicans and 64 Democrats. Nothing the President or the Republicans proposed at this summit is likely to command such a strong, bi-partisan majority. And ?Rep. Bart Stupak is a Democrat.

Republicans should not object too strenuously, however, to the loosey-goosey rules of the Blair House health care summit. Behind their hands, they might have been saying to one another: “Give them more rope.”

Why is that? Well, it’s because the entire exercise was no game changer. The GOP had gone into the pow-wow with the President, his staff, and his strong congressional majorities, and had done pretty well. More than pretty well: They stood toe-to-toe with Obama the Progressive Paragon and came out unscathed.

We know that it was a great day for Republicans when even John Dickinson of the liberal blog, Slate, says this:

[It] wasn't a good day for congressional Democratstrategists involved in 2010 races, fence-sitting Democrats needed to see Obama change the political dynamic. He needed to show how health care reform could be defended and how Republicans could be brought low. He did neither. White House aides and the president himself said he was going to press Republicans for how their plans would work, but he did that only twice—and mildly. There was no put-up-or-shut-up moment.

We know President Obama doesn’t like Winston Churchill. In fact, he tossed the bust of Churchill out of the White House as one of his first official acts. But Churchill’s words could come as great comfort to the Republicans who attended the great Blair House summit: “Nothing is so exhilarating as to be shot at without result.”