Time For a Big Overhaul 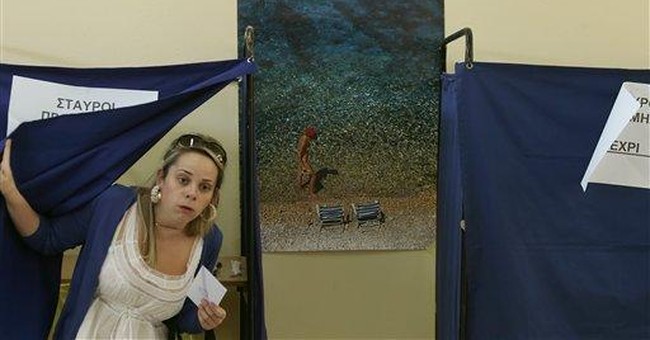 Every year, states spend millions of dollars on an inefficient voter registration system better suited to the 19th century. The system wastes resources at a time when states and local governments are struggling to make ends meet, and it creates a climate in which fraud by third-party voter registration groups such as ACORN (the Association of Community Organizations for Reform Now) can undermine the sanctity of our democratic process.

In August, the bipartisan Committee to Modernize Voter Registration announced its formation and commitment to bringing voter registration into the 21st century. Though I disagree with many of the committee members on various policy issues, I agree we should apply American innovation to the inefficiencies of the registration process.

What do taxpayers get for all this money? A system rife with errors and the potential for fraud and partisan disputes in which responsibility for guarding the gateway to our democracy is abdicated to unregulated and poorly trained third-party registration groups like ACORN. These groups submitted millions of voter registration forms, but only about one-third of those forms were from new voters. About one-third were from voters who already were on the list, while another third of the forms were either incomplete or fraudulent.

In addition to creating an environment for fraud, this deluge of registration forms right around registration deadlines overwhelms election officials and takes our attention away from other critical election functions.

The integrity of our election system requires an automated voter registration process that is accurate, permanent and secure. A modernized system would serve voters better and save states money by streamlining the process, substantially reducing or eliminating paper and minimizing administration costs. Voters also should have the opportunity to check online or in person to ensure they are properly registered in advance of the election.

Some states are moving in this direction and already are seeing significant cost savings. Delaware began registering voters automatically at its motor vehicle departments at the beginning of this year and already has cut more than $200,000 in personnel costs from its voter registration system.

The Internal Revenue Service and state tax boards seem to know where to find us every year, yet the current voter registration system requires each of us to file a new registration form when we move or risk losing our vote. The process is particularly problematic for military and other voters overseas, who frequently change addresses but don't have the time or ability to update their registrations.

Furthermore, a substantially automated system would mean we would verify the eligibility of voters better than we do now. Voters who show up in the databases of social service agencies, for example, already have proved their citizenship.

In addition to saving states money, automating voter registration would get rid of ACORN and ensure that only eligible citizens get on the rolls.

Furthermore, modernization would have the added advantage of making many of the provisions of the burdensome and erratically enforced National Voter Registration Act (the "motor voter" law) obsolete.

Americans can no longer afford to ignore this problem of an antiquated voter registration system. Now is the time for reform - with support from both parties - before the politics of the next election cycle render it impossible.

ICYMI: Charges for Hundreds of Rioters Have Been Dropped
Katie Pavlich
Here's Why the Liberal Media Got Scalped With Their Rudy Giuliani Coverage
Matt Vespa
Canadian Pastor Arrested and Dragged Off by SWAT Team on Busy Highway for 'Inciting' People to Go to Church
Rebecca Downs
Rep. Jim Banks Tells It Like It Is: Liz Cheney is a 'Distraction'
Rebecca Downs
Why a Reporter Suggested That Fox News be Stripped Of Its First Amendment Protections. It's Eye-Roll Worthy.
Matt Vespa
The Latest Round of Attacks on Ron DeSantis Have Gone From 'Desperate to Weird'
Katie Pavlich