A Case for Political Fusion 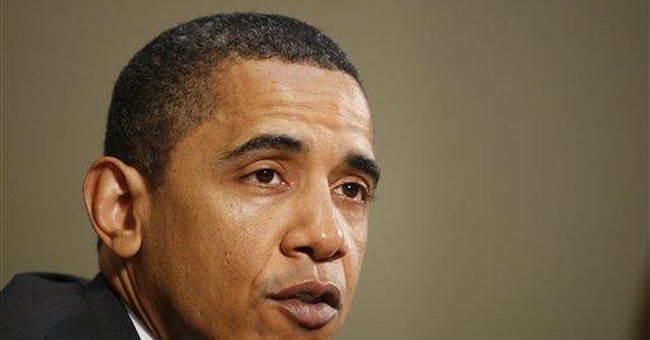 "We must, indeed, all hang together, or most assuredly we shall all hang separately."
- Benjamin Franklin, In the Continental Congress before signing the Declaration of Independence

The conservative movement in America must unite. The movement is often spoken of as having three parts: economic, social and national security. All three parts of the conservative movement are gravely threatened by the alliance of President Barack Obama, Congressional Democrats led by Speaker Nancy Pelosi and Majority Leader Harry Reid, activist judges, and the president’s loyal supporters in the mainstream media. Conservatives must realize their common interests and unite around a shared agenda to preserve the core conservative principles of limited government, individual opportunity, personal responsibility and strong families. The conservative vision of faith, family and freedom hangs in the balance.

There are those who say compromise with the Far Left is the only way forward. They say the Republican Party must divorce itself from conservatives and embrace a new era of politics, or that conservatives must adapt to the times and buy into the leftist rhetoric of entitlements, accommodation and collective responsibility. Some of these voices are from Democratic leaders or media pundits. But the most dangerous voices are from those who claim to be part of the conservative movement but prove by their actions and their positions they are wolves in sheep’s clothing.

Some threats and challenges are obvious. The most obvious are the growing ascendancy of the state and judicial activism.

On the economic front, the federal government is exploding in size and scope. This expansion entails a staggering increase in federal spending; creating trillion-dollar deficits for years to come that will bury our children and even our grandchildren under an entire mountain range of debt. The government is indebting people who have not even been born by spending wealth that not even been created.

Government is decimating the private sector. It is directly taking over the financial sector, not only with massive regulation but now also claiming ownership rights over those firms that took bailout funds. It is promulgating an enormous “cap and trade” system for carbon emissions that could cripple companies, putting them at the mercy of the government. And President Obama seeks to commandeer the entire American healthcare system.

On the social front, liberals are pursuing same-sex marriage, funding overseas abortion, repealing protections of conscience, and seeking legislation to abolish even modest restrictions on abortion. All this while seeking to completely secularize society, especially in the public square and public schools.

On the national security front, the government is publicizing sensitive details on fighting terrorism that must be kept secret, extending habeas corpus rights to terrorists, and ending programs that intelligence officials who served under both parties declare saved American lives. All this, while rogue regimes continue to pursue nuclear weapons.

But as serious as all these matters are, conservatives need to grasp their common ground.

The foundation of this common ground is the fundamental difference between conservatives and liberals regarding the role of the individual vis-à-vis the government. For conservatives, our fundamental human rights come from God. For liberals, rights are granted by government. In their secular worldview, this actually elevates government to stand in the place of God as the final arbiter of right and wrong. Government becomes the ultimate source of liberty and rights. Conservatives believe in the primacy of the individual and the centrality of God in the life of the nation.

This common philosophy in turn points to many issues where conservatives are naturally united, and must stand together.

All conservatives should be concerned about the federal courts, especially the U.S. Supreme Court. Although framed as a social conservative cause, the courts are now involved in economic and national security matters. Last year, the Court extended the writ of habeas corpus to terrorists detained at Guantanamo Bay, and struck down the military commissions created by Congress and the president, marking the most egregious intrusion ever of the judiciary into wartime national security measures. And the year before that, the Court invaded economic policy by holding that states had standing to challenge the federal government’s decision not to incur the trillion-plus dollar cost of regulating carbon emissions, committing the federal government to investigate the matter. Activist judges assault every aspect of American life and endanger all of our liberties, and so every conservative should join hands to seek judges that will confine themselves to their proper role and adhere to the original meaning of the Constitution.

All conservatives should also oppose the culture of debt. For some time, America has been moving from a culture of free markets, limited government and entrepreneurship to a culture of debt and redistribution. This culture is what led to the ongoing financial and housing crisis, and is an indictment of our society of instant gratification.

People should always strive to live without debt. Not long ago, living in debt was considered undesirable. Parents taught their children that such profligate living was perilous, impressing the lesson that a wise person lives within his means and plans for the future.

So the ideal situation is to only buy what you can afford, with money you already have. If someone cannot afford something, they must save and invest until they can buy it outright, not obtain it with debt involving interest that over time doubles the total price. And for massive purchases like a house, for which debt is often necessary unless the purchaser is wealthy, people need to not buy more house than they can afford.

But the culture of debt removes the stigma of running up massive credit card balances and buying the biggest house they can finance, putting people out on a limb that breaks during economic downturns. When that culture is manifest not only in personal and household finances but also in corporate decision-making and bank lending practices, these reckless habits inevitably lead to a financial crisis such as the one America currently faces. And then voters also allow such appalling behavior from their elected officials, leading to the titanic debt and deficits now being incurred by the government.

This is a national security issue, not just economic. China holds almost a trillion dollars in U.S. debt, and could seriously weaken our nation by flooding the market with treasury securities. The mounting interest on this debt also deprives us of resources needed for military priorities, border security and intelligence gathering.

It is also a social issue. In Proverbs, the Bible teaches us that “The borrower is a slave to the lender.” Biblical instruction includes faithful financial stewardship that focuses on responsible living rather than covetous pursuit of every shiny new toy. Strong families are essential to strong economies, and sound financial management is a family value.

Strong families have never been more important. They provide good learning and nurturing environments for the next generation of American workers, and patriotic citizens that either join the national defense or support and honor those who do.

Here too, all conservatives must unite. A recent Obama Administration reports shows that the government now considers pro-life, pro-gun and pro-family Americans to be potential terrorists. The government also outrageously warns that U.S. military veterans should be monitored as potential terror threats. All this, while Barack Obama kowtows to foreign leaders and tries to build friendly relationships with anti-American tyrants. The current government is diverting attention from terrorists to those fighting terrorists, and conservatives must fight this shift.

Unfortunately, one final reason that some conservatives do not work together is because some of their leaders simply do not like each other. Some economic leaders look upon social conservatives with disdain. Some social leaders have taken troubling stances on various economic issues, often because they do not understand the complex long-term consequences of such policies. These social leaders are also appalled by the actions and lifestyle choices of some of their conservative counterparts, and do not want to appear to condone such behaviors.

These divisions are real, making it difficult for the few leaders that genuinely belong to all three camps to build bridges between them. But these bridges must be built.

Ronald Reagan spoke of America as a shining city upon a hill. Those words were first uttered by Puritan John Winthrop in 1630, in what was then the colony of Massachusetts. Three and a half centuries later, one of this nation’s greatest presidents declared that America was indeed that shining city.

All three types of conservatives in the Reagan Coalition are found in that image. The city is shining, alight with commerce and prosperity. It is secure, sitting atop a hill in a defensible position, protected and able to send aid to others. And it holds to the deep and eternal truths that form the foundation of our faith and values, as reflected in the biblical language from which Reverend Winthrop himself drew in speaking of this city. In that city all conservatives, economic, national security and social, stand united to declare a philosophy for safety, prosperity and happiness for all Americans.

During the American Revolution, Benjamin Franklin said, “We must, indeed, all hang together, or most assuredly we shall all hang separately.” All of the current dangers of government control over our lives and economy, undermining family values and secularizing society, and abandoning the war against terrorist threats to start implying that conservatives are the true threat, constitute a massive power grab by the Far Left to forever remake America in their image. The most liberal president in history is working with the most liberal Congress in history to enact this ultra-liberal agenda, and to pack America’s courts with liberal judges who will do by judicial fiat whatever the president and Congress cannot do through legislation or regulation. Only by standing together can conservatives hope to thwart this radical remaking of America.

We must all stand united in this struggle. The future of our children and grandchildren depend on our success.