Miss Universe Contestant: My Mom ‘Had a Choice to Abort Me’

Katie Yoder
|
Posted: Dec 17, 2019 8:04 AM
Share   Tweet
The opinions expressed by columnists are their own and do not necessarily represent the views of Townhall.com. 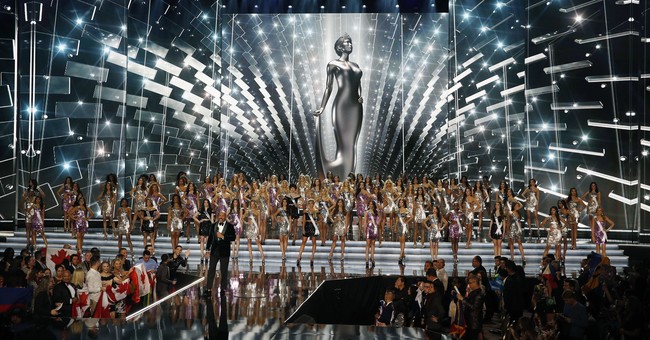 Many in the media fawn over the actresses and celebrities who regularly promote abortion. But one Miss Universe contestant is breaking that trend – with her personal pro-life testimony.

On December 8, Gazini Ganados of the Philippines lost the title of Miss Universe 2019 to Zozibini Tunzi of South Africa. But she was still a winner: the 23-year-old made headlines for winning the National Costume competition. Ganados should be in the headlines for something else, too: sharing her own story as a witness to life.

In preparation for Miss Universe, Ganados appeared on The Bottomline on November 30. The host, Boy Abunda, guided her through questions she might face during the competition. One audience member asked her about Georgia’s heartbeat law, which prohibits abortion after a fetal heartbeat is detected, and about implementing similar laws in other countries.

“As a person who was raised by a conservative mother and of course a country, I guess we are not in the right position to take away a life because only God can do it,” Ganados responded. “We are here to nurture a life and not to take it away.”

She concluded by calling her stance a “personal opinion” and saying that she also respected other countries’ “opinion about it.”

After the host elaborated on the topic, Ganados added that “abortion is not an option.”

Boy Abunda suggested, “If you want to say, the heartbeat law simply says that abortion, to my mind, is murder. And murder is a crime.” He added that she could tie the issue to Martin Luther King Jr.’s fight for life, who was born in Atlanta.

That’s when Ganados provided another answer: her personal story.

“I said to myself that my mom is a single parent. And I know for a fact that she had a choice to abort me. But then again, she did not [abort me],” she urged. “And I am here right now as Miss Universe Philippines, and who knows if that kid that you aborted might have been the person who’s standing here in front of you.”

The crowd erupted into applause as the host commended her “powerful answer.”

Throughout her life, Ganados’s mother has been her biggest supporter. When she lost the Miss Universe title, Ganados revealed to The Hive Asia that “My mum was the one who cried for me.”

"I know I did my best, that's why I am not sad,” she added, speaking for herself. “I'm fulfilled with the things I've already done.”

Ganados, who is half Filipina and half Palestinian, entered the competition after graduating in Health Care Services NC II and Tourism Management from the University of San Jose Recoletos. She advocates for the rights of the elderly as well as for HIV/AIDS education.

Her own education is, in large part, due to her mother. During an interview with philstar.com in June 2019, Ganados revealed that her mother “inspired me to be better through academically.”

“She was very considerate and very loving,” Ganados added. “She has made me the person who I am right now, very responsible and very independent, strong.”

After winning Miss Universe Philippines 2019, Ganados admitted to Arab News that, “None of this would’ve been possible without my mother.”

“Growing up without a dad has made me a little bit stronger because my mom showed me if men can do something, a woman can do it too,” she added.

But growing up with one parent was still difficult.

She especially missed her father when filling out forms asking for information about both her mother and father. She sometimes wonders where her father is, and asks herself, “is he still alive”?

“It has brought damage,” she admitted, “but I recovered through the love of my mom.”

And she still hopes that, one day, she will meet him.

“I would just hug him and then thank him for everything, even if he was not there [during my childhood],” she said. “I’m still alive, I’m here, and I made a difference.”