Blood On Their Hands: Giving Guns to Criminals Was the Plan All Along 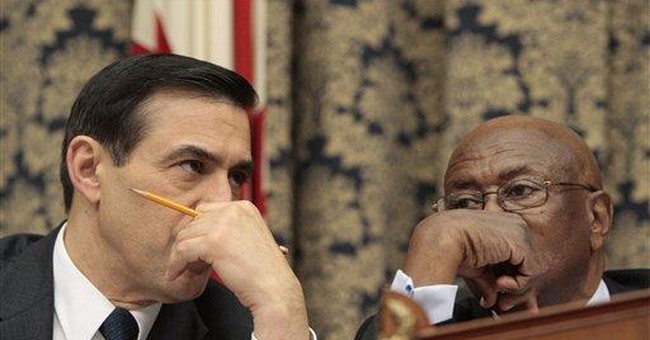 “Allowing loads of weapons that we knew to be destined for criminals, this was the plan. It was so mandated.” –Special Agent John Dodson ATF Phoenix Field Division.

Damning new evidence from Capitol Hill shows that ATF Directors and Justice Department Officials knew about and encouraged the purposeful trafficking of thousands of weapons across the southern border, despite strong objections from ATF agents. Thousands of innocent lives were taken as the result, including those of Border Patrol Agent Brian Terry and ICE Agent Jamie Zapata.

“An e-mail from April 12, 2010, indicates that Acting Director Melson was very much in the weeds with Operation Fast and Furious. After a detailed briefing of the program by the ATF Phoenix Field Division, Acting Director Melson had a plethora of follow-up questions that required additional research to answer. As the document indicates, Mr. Melson was interested in the IP Address for hidden cameras located inside cooperating gun shops. With this information, Acting Director Melson was able to sit at his desk in Washington and – himself – watch a live feed of the straw buyers entering the gun stores to purchase dozens of AK-47 variants,” Chairman Issa said in his opening statement.

Senator Charles Grassley, who has been working closely with Rep. Issa, pointed out that officials from the Justice Department have been stonewalling the investigation for months. Attorney General Eric Holder has said he is unaware of who ordered the operation.

“On October 26, 2009, emails indicate that there was a meeting of senior law enforcement officials at the Justice Department. It appears to have included the heads every law enforcement component of the Department, including directors of the FBI, the DEA and the ATF. It also included the U.S. Attorneys for all the Southwest border states, the Director of the Organized Crime Drug Enforcement Task Force and the Chair of the Attorney General’s Advisory Committee,” Grassley testified.

Emails also show that ATF encouraged gun dealers to sell to straw buyers, in spite of their own hesitance to do so.

"ATF encouraged gun dealers to sell to straw buyers. Emails prove that at least one dealer worried prophetically about the risk. He [a dealer] wrote to ATF about his concern that a border patrol agent might end up facing the wrong end of one of these guns. ATF supervisors told the dealer not to worry. So, the agents said it was a bad idea. And, the gun dealers said it was a bad idea, but ATF supervisors continued anyway", Grassley said.

Border Patrol Agent Brian Terry was that agent. He was killed by cartel member 18 miles north of the U.S.-Mexico border near Rio Rico, Ariz. Agent Terry was a fighter-a former Marine who was willing to put everything he had, including his life, on the line for his country. He was dedicated to his job, his family and the United States.

“It was just ten days before Christmas last year, when our family received the devastating news; Brian had been shot and killed while engaged in a firefight with a group of individuals seeking to do harm to Americans citizens and others,” said Robert Heyer, the cousin of Terry, testifying on behalf of the entire Terry family. “Brian did ultimately come home that Christmas; we buried him not far from the house that he was raised in just prior to Christmas day. The gifts that Brian had picked out with such thought and care began to arrive in the mail that same week. With each delivery, we felt the indescribable pain of Brian’s death, but at the same time also remembered his amazing love and spirit.”

ICE Agent Jamie Zapata was killed in Mexico in February 2011 while on assignment. He was killed by a gun traced back to Operation Fast and Furious, however, Zapata’s family will never see justice. Once guns flow back into Mexico, they are no longer within the jurisdiction of the United States, leaving the government without any authority to prosecute anyone for any crime.

“I was involved in this operation, we monitored as they purchased hand guns, AK-47 variants, and .50 caliber rifles almost daily. Rather than contradict any enforcement actions, we took notes, we recorded observations, we tracked movements of these individuals for a short time after their purchases, but nothing more. Knowing all the while, just days after these purchases, the guns that we saw these individuals buy would begin turning up at crime scenes in the United States and Mexico, we still did nothing,” Dodson said. “Allowing loads of weapons that we knew to be destined for criminals, this was the plan. It was so mandated.”

And there still isn’t an explanation as to why.

“Allowing firearms to be trafficked to criminals is a dangerous and deadly strategy. The thought that the techniques used in the “Fast and Furious” investigation would result in “taking down a cartel” given the toothless nature of the “straw purchasing law” and the lack of a “firearms trafficking statute” is, in my opinion, delusional,” Special Agent Peter Forcelli said. “This operation, which in my opinion endangered the American public, was orchestrated in conjunction with Assistant U.S. Attorney Emory Hurley. [Emory Hurley is the same Assistant U.S. Attorney who previously prevented agents from using some of the common and accepted law enforcement techniques that are employed elsewhere in the United States to investigate and prosecute gun crimes.] I have read documents that indicate that his boss, U.S. Attorney Dennis Burke, also agreed with the direction of the case.”

There is no way to prosecute drug cartels in Mexico even if firearms trafficking had been successful in locating them. They are not within United States jurisdiction.

“I can’t think of a single, logical strategy as to why this would have worked,” Forcelli said. “This was a catastrophic disaster.”

According to testimony, it has become common practice for retaliation to occur against ATF Agents who spoke out against their supervisor's corruption, even when operations had no logical backing.

Forcelli also added that while the ATF was ordering gun dealers to sell to straw buyers under surveillance, gun dealers were taking the heat for it, and being held responsible for violence in Mexico. He stressed gun dealers were not the problem. In fact gun dealers were helpful in pursuing cases against cartel members, making it blatantly clear law abiding gun owners are not at fault, but the government is.

Issa said he will continue to investigate in order to find the truth and get to the bottom of the operatation. The government owes the truth to the American people and to the family of Brian Terry and Jamie Zapata, he explained. “There has now become a focus on getting the truth out.”

Why Fox News' Segment With a Top House Republican Was an Extreme Disappointment
Townhall
DC attorney general says busing asylum-seeking migrants to the district 'is creating a humanitarian crisis'
Twitchy
Stacey Abrams Commits a Disqualifying Self-Own in Desperate Attack on Brian Kemp
Redstate
UKRAINE WAR: Russia's Saki Air Base Blew Up and No One Knows How
PJ Media