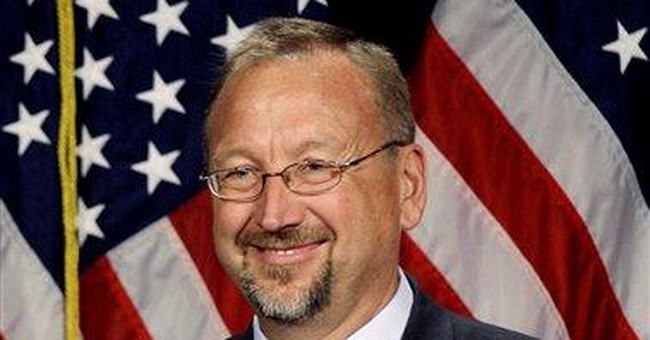 The anti-establishment attitude of the country didn’t fade away after Election Day and this time Michael Steele is in the hot seat.

For the first time in history, the RNC opened up the chairmanship selection process to a grassroots group. The room was filled with tea party activists from around the country in addition to RNC committee members, asking tough questions after coming off the 2010 election cycle where grassroots activists felt the RNC and Michael Steele failed to provide them with the resources necessary to win in tough districts. Candidates were reminded that 2010 republican success was a direct result of tea party activism, not RNC efforts.

Candidates Ann Wagner, Gentry Collins, Mike Duncan and Saul Anuzis were in attendance, and while all potential chairmen were invited to participate in the debate, Michael Steele failed to show up.

The reoccurring theme of the debate was the importance fundraising and regaining trust from donors who have lost faith in the RNC to manage their donations effectively.

Collins, the outgoing RNC political director, said he plans to approach electing Republicans by focusing not only on a national level of candidates, but starting at the local level.

“We put things back on track by electing conservative members of government on every level,” he said.

Duncan, former Kentucky state chair and current committee member, was focused on liberty and freedom in order to provide a better future for the next generation.

“I’ve lived the American Dream and I want to protect it for others,” he said.

Anuzis, former Michigan state chairman and immigrant from Lithuania who didn’t learn English until he was seven years old, admitted there wasn’t enough money going into the 2010 midterm election cycle and that 2012 must be different in order to take back both the White House and the U.S. Senate. Anuzis also ran against Steele in 2009.

“We need the absolute best ground game possible in the country fully funded by the RNC,” he said with Collins adding it will take $400-425 million to defeat President Obama in 2012.

In terms of supporting candidates and determining which races the RNC should or should not get involved in, there was an overall consensus that the RNC should avoid primary battles and should frown upon loser candidates, such as Lisa Murkowksi, who ran a third party campaign going into the general election after losing the primary. All RNC candidates also agreed that candidates running for office should sign a pledge that would require them to pay back all funds given to their campaign from the RNC if they were to switch parties or run as a third party candidate after losing a primary.

Tito Munez, better known as “Tito the Builder” during the 2008 election cycle and a tea party leader, asked the RNC candidates what they are going to do to reach out to the Hispanic community, saying he is frustrated with the Republican party for not making an effort to get a conservative message to them, who he says believes in conservative values.

Anuzis responded by saying it is critical to reach out to every community and not to be afraid to do so.

“The conservative values that we share are the same values immigrants who came to America share. Immigrants have come here for a reason and we out to be reaching out,” he said.

The bottom line? Michael Steele is vulnerable and has not raised enough money. Steele took out a $15 million loan after spending the $80 million he had raised prior to the 2010-midterm elections. All candidates running against him believe the RNC needs a new focus and a new chairman with new priorities.

“A fully-funded RNC is the only way that we are going to take back the white house and the United States Senate,” said Wagner. “I look in the mirror and see responsibility.”

Michael Steele has not announced whether he will be running for another term. The next chairman will be elected by 168 RNC committee members in mid-January.