All The President’s Migrants

Katie Kieffer
|
Posted: Oct 24, 2016 12:01 AM
Share   Tweet
The opinions expressed by columnists are their own and do not necessarily represent the views of Townhall.com. 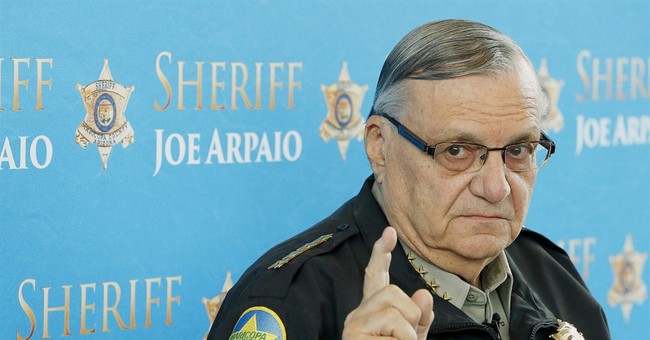 Migrants from China (2,130); Russia (1,863) and Armenia (448) were caught at the U.S.-Mexico border in 2016—and President Obama is priming them—along with migrants from Syria and South America, to vote for Hillary.

$10 million in taxpayer dollars were recently repackaged by the Obama administration’s U.S. Citizenship and Immigration Services (USCIS) into “citizenship integration grants.” The funds were distributed to various organizations that help register migrant voters, including in the key swing states of Florida and Ohio, reported Judicial Watch.

The Obama administration also expanded the unconstitutional Central American Minors (CAM) program to include protection from deportment for individuals who are not children, such as someone who identifies as a child’s “caretaker.”

CAM offers illegal immigrants “parole,” which is defined as follows by the federal government: “Parole allows individuals who may be otherwise inadmissible to come to the U.S. for urgent humanitarian reasons or significant public benefit. …[Parole] allow[s] an individual to be lawfully present in the U.S. temporarily and to apply for an Employment Authorization Document (EAD).”

USCIS and CAM programs appear oriented towards the goal of enabling non-U.S. citizens to vote. After all, Democrats know that immigrants tend to vote for the political party they believe helped them enter our country.

Texas, for example, is a hotbed for illegal immigration, since so many migrants enter the U.S. by slipping from Mexico into the Lone Star State. This month, USCIS used taxpayer resources to place a notice in the largest newspaper in San Antonio:

If anyone is in an emergency, it’s the American citizens being forced to subsidize the housing, career counseling, medical care, English classes, and now even the votes of illegal immigrants. Especially when migrant pools include migrants from terror hotbeds like Syria and criminals like those who killed Millennials Sarah Root and Kate Steinle.

In August, Obama’s 5th U.S. Circuit Court of Appeals claimed that Texas’ voting rules were “discriminatory”—just in time to give Hillary a boost in a state that historically leans Republican.

It’s now easier for an immigrant to vote in Texas than to get into a bar for a pint of Guinness. All she needs to do is proffer a paycheck or utility bill and sign an oath claiming an “undue burden.” Obviously, utility bills and paychecks can be obtained (or forged) without being a citizen and anyone can claim an undue burden.

It’s (Not) For the Children

“I am not going to slam the door on women and children,” Hillary sniffed during last week’s presidential debate against Donald Trump.

No, she’s not. Primarily because the average Syrian or Iraqi refugee—according to the United Nations—is male.

So when Hillary says she plans to exceed Obama’s record of accepting 10,000 Syrian refugees by about 550% to 65,000, she’s not speaking as an advocate for homeless mothers and children. She’s speaking as a politician who knows that just one year after the United States grants a refugee “asylum,” they may seek “permanent residency” status and five years after receiving asylum they may apply for U.S. citizenship.

Loose immigration policies enable the trafficking of humans, drugs, weapons, diseases and terror into our country—and show disrespect to immigrants who do abide by our laws. Democrats don’t seem to care. After all, a 2014 study by the Center for Immigration Studies revealed that immigration has reconstructed “the nation’s electorate in favor of the Democratic Party.”

Less than one month before the presidential election, the Obama administration’s Department of Justice announced criminal proceedings against Arizona’s Sheriff Joe Arpaio without criminal charges. Arpaio is a popular sheriff who has served six terms in Maricopa County. He now faces up to six months in prison for using “immigration patrols” that were supposedly discriminatory.

Italian Prime Minister Matteo Renzi at his side for moral support, President Obama held a Rose Garden press conference last week where he laughed off Donald Trump’s allegations of voter fraud and scoffed at the prospect of a “rigged election.”

“Bridges, not walls!” Renzi chirped in agreement—like a doll programed to blurt Pope Francis’ worst catchphrases. (Vogue recently did a story on Renzi, revealing his obsession with snapping selfies; monitoring his Twitter and Facebook followings; and keeping a stuffed owl in his office to remind him of his enemies. Confidence is not Renzi’s forte, which explains his willingness to be Obama’s yes-man).

When a sitting president threatens a law-abiding sheriff with imprisonment for enforcing our country’s immigration laws without sound evidence—while illegal immigrants are awarded subsidized services enabling them to live and even vote like normal citizens—and—if such behavior escalates on the eve of a presidential election, then…

Trump is right. Our election is rigged.