New Thugs on the Block

Katie Kieffer
|
Posted: Aug 08, 2016 12:01 AM
Share   Tweet
The opinions expressed by columnists are their own and do not necessarily represent the views of Townhall.com. 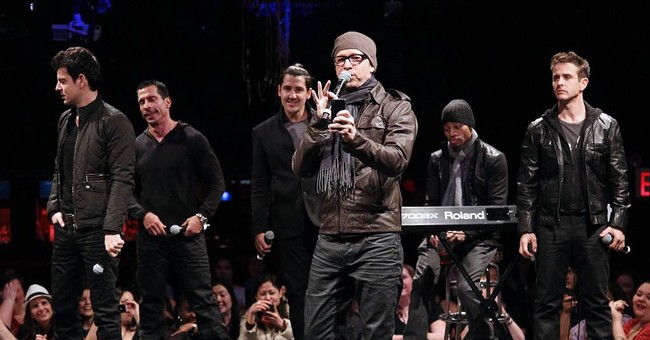 New Kids on the Block was an American boy band that rocked the charts in the late 80s and early 90s with songs like “Step by Step.” Today, local politicians are stepping—quickly and quietly—to power and affluence as you and I focus on the Trump-Clinton presidential race, and forget the politics on our own block.

Most Americans mistakenly ignore local politics despite the fact that we as voters have far more influence on our own block than on Pennsylvania Avenue. Today, I’ll share several shocking stories of “New Thugs on the Block”—local politicians taking advantage of their constituents.

Barefoot and in boxers, Wolff showed up at local fast-food joint Whataburger around 3 a.m., ordered enough chow for two people and then proceeded to use his truck to ram another vehicle twice.

Wolff, whose father—Nelson Wolff—happens to be the County Judge, is up for re-election this year. You’d think the local community would be outraged at such brazen negligence from a high-ranking public official. However, within days, the San Antonio Express published an op-ed predicting that Wolff “will rebound politically” because he has “marginal opposition in this year’s general election” and because he decided to “apologize.”

Sorry, but, in this case, sorry doesn’t cut it.

Wolff’s behavior would get you or me fired on the spot in the private sector. Apologizing would do us no good. Citizens or constituents are effectively the bosses of politicians since we pay their salaries and elect them into office. Driving under the influence and nearly killing your boss is unacceptable in the real world. It’s high time that we hold our politicians to the same standards to which we are held.

Has anyone ever heard of Robert Puente? Nope. He’s the president of the San Antonio Water System—a position most voters barely know exists. But he was just awarded an $82,571 bonus on top of his ginormous base salary of $424,666.12 in 2016 and $445,899.43 in 2017. For what? Who knows. San Antonio voters apparently don’t pay attention to their local government, because it’s hard to see how anyone would be pleased that their so-called “public servant” is making almost half a million dollars a year at a time when air conditioners haven’t been replaced and repaired in local schools for 40 years.

On the same day Puente’s salary and bonus were published, it was reported that the San Antonio Independent School District (SAISD) wants local taxpayers to approve a $450 million tax increase to address run-down sound systems and air conditioning units.

I hate to be the voice of reality in a Pokémon Go world, but someone has to be the adult in the room. We should demand that our taxpayer dollars be applied to staples—like air conditioning units for thousands of schoolchildren in the hot state of South Texas, where winter is essentially non-existent—over splurges for a handful of elites like Puente.

A city like San Antonio doesn’t need a mayor and an over-paid manager. Takeaway: local politicians will create lucrative jobs for themselves and their friends until we, the voters, call them out.

I have a great idea, which came to me last year after reading a fabulous Wall Street Journal op-ed by Joe Queenan. All local politicians should work on a “gig” schedule, like Uber ride-sharing drivers do in the private sector.

As Queenan put it in reference to the U.S. House of Representatives: “Do the American people really need 435 full-time employees making at least $174,000 a year to do nothing but shout at each other? … [Realistically, they] could work three months as a congressman… This is not full-time work.”

Something smells wrong when a mayor “needs” an assistant who makes nearly half a million dollars annually. Warren Buffett may pay his secretary six figures. But he could afford to indulge her without denying schoolchildren air conditioning in a city where temperatures regularly reach the low hundreds.

Rather than receiving lavish multi-year contracts, city officials should work on a gig basis. The city would contract temporary additional staff members for large projects and voters would have the opportunity to rate their performance, just as Uber riders hire and rate Uber drivers.

This month, take a pause from the presidential election to observe the corruption and abuse in your own backyard. Only you have the power to check the rising corruption of New Thugs on the Block.