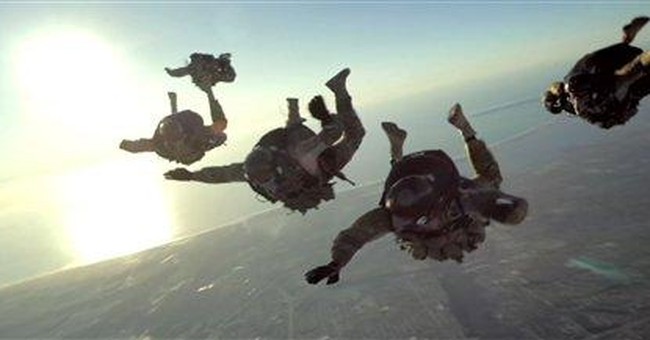 Not every boy wants a pony, a truck or a puppy; but every boy wants and needs a father figure in his life. When a young boy loses his father during military service, the loss can be crushing. Had his father not volunteered to be one of the 1% of Americans who serve in uniform, he could have grown up with a male role model by his side to set an example of courage and to celebrate his achievements.

Let me tell you the story of Operation 300, a non-profit organization that helps children cope with the loss of a father and continues the legacy of the late SEAL Team 6 member and father of two, Aaron C. Vaughn.

Operation 300 helps boys and girls between the ages of six and 17 who have lost their father during military service. Young people are paired with father-figure mentors—many of whom have military backgrounds—and then participate in outdoor camps. At the camps, young people learn valuable skills such as building a fire, fishing, archery, sailing, horseback riding, shooting firearms and putting up a tent.

On August 6, 2011, twenty-two SEALs were asked to respond to a firefight with the Taliban in a valley of Afghanistan on a chopper that was not built for night raids. As their chopper entered the firefight, the SEALS were banned by politically correct U.S. rules of engagement from using preassault fire because of concerns that it “damages our [the administration’s] efforts to win the hearts and minds of our enemy.”

In large part because of President Obama’s rules of engagement, the Taliban gunned down the chopper and thirty Americans died. Twenty-two of the thirty Americans were assigned to the SEALs and included members of SEAL Team 6. Active-duty SEALS represent less than 1 percent (00.17 percent) of the total active-duty military. Losing twenty-two SEALs was a big, big loss. Aaron C. Vaughn was one of the SEAL Team 6 members who died that day.

“The day Aaron’s life ended, our life began,” is a sentiment often expressed by Vaughn’s parents Karen and Billy Vaughn and his sister Tara Vaughn Baldwin. As Tara states on Operation300.com, “we had a strong desire to somehow add value to our great loss. …[Aaron] was always up for an adventure and lived everyday to the fullest. His love for God, family and country was unparalleled. He truly had the heart of a warrior. It is only fitting that to honor him, we give kids who have lost so much the opportunity to live like Aaron… if only for a short time.”

22 SEALs did not need to die on that fatal day in 2011. They went into a firefight and obeyed rules of engagement knowing there was little chance they would come out alive. They are bigger heroes for giving up their lives willingly. But how many more warriors need to die before President Obama and his coadjutors will reform our politically correct rules of engagement?

The courage of SEAL warriors like Aaron Vaughn continues through Operation 300. Young people who have lost fathers during military service should apply to participate in one of their upcoming all-expense-paid outdoor camps. And, if you are interested in supporting Operation 300’s mission with your time, supplies or monetary aide, please check out their Dream Fund site to learn more.