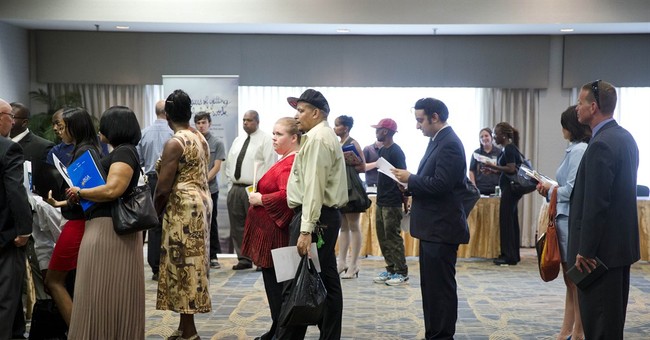 “Desperate” is not disguising a bald spot with spray paint or treating a thinning scalp with Rogaine; desperate is murdering over a lock of human hair—and unemployed Americans are growing desperate.

Despite Michelle Obama’s claim that her hubby unleashed a “huge recovery,” the only visible recovery is on the black market, where a growing number of Americans are “working” as hair thieves.

At 3 a.m. last Wednesday, men wearing ski masks pulled up to Beauty Empire, a Houston beauty supply store. Less than four minutes later, the men used a crow bar to break into the store, shatter an internal alarm and make off with thousands of dollars worth of “remy” hair extensions.

Remy extensions are valuable because they are locks of real human hair that retain the exterior cuticle layer. Such extensions sell for upwards of $200 a package at Beauty Empire, and will command a handsome sum when re-sold online or on the street.

Remy robbers first began showing up at beauty supply stores and salons in 2011—striking cities like Chicago, Houston, San Diego, Philadelphia and Dearborn, Mich. At the time, F.B.I. spokeswoman Denise Ballew told the New York Times that it was “the first I’ve heard of it [the coast-to-coast trend].” Since then, law enforcement has struggled to address this growing craze, where brazen bandits use pepper spray and even lethal force to pilfer ponytails.

“It’s a telling moment in the economy, that people are now ready and willing to pay such a price,” Arizona State University professor Neal Lester, who studies hair-related trends, told The Chicago Tribune.

Thieves have confiscated $150,000 worth of remy extensions in a single heist. Today, business owners are growing fearful for their livelihoods. Many have increased their operating expenses by installing bulletproof materials and hiring security to defend their supply of extensions.

You can almost hear Obama trying to soothe the American public on national TV as a remy robbery takes place on a split screen: It’s not fair that some people have more hair. Don’t you care enough to share?

There’s an old adage, “hate the sin, love the sinner.” Eric Garner would be alive today if Sin Tax Pastors like Barack Obama and New York Mayor Bill DeBlasio loved "sinners" more than political power. If politicians did not over-regulate cigarettes, there would not be a black market for cigarettes, and Garner would not have sold so-called illegal cigarettes for income.

Likewise, hair extension thieves would not resort to vandalism and murder for a few swatches of hair if Obama’s unprecedented regulation, taxation and spending had not crushed the small business environment. China is now officially the No. 1 global economy, according to MarketWatch, and the United States is No. 2. Entrepreneurship has decreased by nearly a third since 1977. Businesses are not creating jobs—they are moving jobs overseas because it is no longer profitable to do business in Obama’s warped economy.

Last Friday, Obama analyzed the newest November jobs numbers and took credit for “overall wages rising.” But, as I’ve written, the notion that wages are soaring is a farce. Historically, wages must rise by more than a mere 2.1% in order for Americans to feel pre-recovery levels of financial security.

Obama could calm the protests in New York and halt the theft in beauty supply stores across the country by staying out of our hair. Rather than issuing redistributive policies that encourage people to help themselves to other people’s tresses, Obama should promote economic freedom so Americans can find meaningful jobs and help themselves grow fuller heads of hair at their own expense—with Rogaine.