The Radical Nature of Love 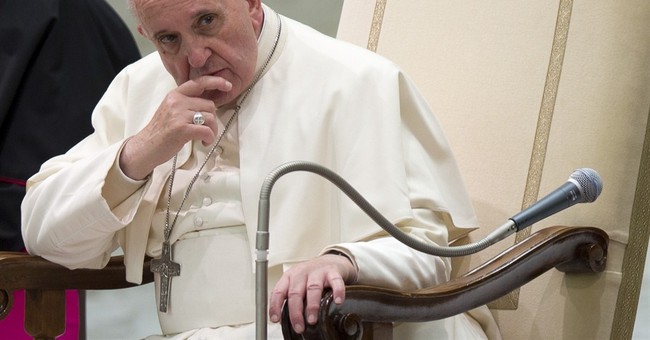 "Verdict is in: Pope Francis is a global rockstar," one Twitter post declared. A recent Pew research report recently found that the pontiff had a positive image in much of the world. In his native Argentina, he enjoys a 91 percent favorability rating.

This comes a year after his image has graced some very unexpected magazine covers -- Rolling Stone and The Advocate come to mind. But despite all that coverage from the lay press, many people still don't know what to make of Pope Francis. During a recent synod meeting in Rome that centered on the family -- a theme that will continue over the next year, including a visit to Philadelphia -- people were alternatively excited, disappointed or outraged at the very idea that he could upend Catholic teaching on life and marriage; something he couldn't do even if he wanted to, as it happens.

And so the question remains: Who is this man who became pope almost two years ago? In his new book, "The Great Reformer: Francis and the Making of a Radical Pope," my friend and colleague Austen Ivereigh sets out to paint a more complete picture of the first pope from the Americas.

What is the "radicalism" of this pope? Well, the radicalism of the Gospel. And what does that look like? How does it become the life of a Christian, every Christian?

"Francis' radicalism is born of his extraordinary identification with Jesus after a lifetime of total immersion in the Gospel and mystical prayer," is how Ivereigh describes it. "That identification leads him to want to simplify and focus, to increase opportunities for clearing the way for God to act," he continues. "It results in a dynamic, disconcerting leadership, which, while delighting most Catholics and attracting people beyond the boundaries of faith, has dismayed and disconcerted a number of 'parties' within the Church." A "radical may be deeply appealing, but can never be universally liked," Ivereigh adds.

But, of course, being pope is not a popularity contest. And Pope Francis is not just another celebrity.

Reflecting on the pope's designation as "Person of the Year" from Time magazine last year, among other things, Ivereigh writes: "Without altering a single core Church doctrine -- which a pope is not at liberty to do -- Francis had achieved what had seemed impossible only a year earlier: to speak to the heart of contemporary Western culture. Catholics no longer had to hunker down defensively; as one journalist put it, 'the overall effect has been to restore the Church to an admirable and loveable presence on the world stage.'"

But that lovability, if it is to be seen and reflected in the lives of everyday Catholics around the world, must be born of that same identification and immersion that has marked the life of Pope Francis.

This is what, if you listen into Pope Francis, he is saying and modeling. What does life look like if it is lived in a prayerful encounter with God?

Don't look to Pope Francis as a celebrity or politician, but a spiritual guide. He is a man who, like the founder of the Jesuits, St. Ignatius Loyola, pays "constant attention to spiritual discernment." This means constantly asking, "Where is God calling us? What are the temptations and distractions from this call?" As Ivereigh writes, "It is a focus that brings a remarkable freedom from the habits and norms of the day, whether in the Church or society" and it "produces a radicalism rooted in obedience to the Church as God's instrument on (E)arth."

For both Ignatius and Francis, Ivereigh writes, "radical reform is ultimately about the courage to strip away the accrued lawyers of distraction to recover what has been lost. It is a going back in order to go forward."

When he celebrated Mass in Manger Square in Bethlehem this past May, Pope Francis offered this reflection, one that reads a little bit like a mission statement:

The radical love of the Gospel takes us out of ourselves. It comforts the afflicted and afflicts the comfortable. It helps people see Jesus because he has transformed our lives, and continues to do so. That's not a political side or program and it's not fashionable, but it is a Christmas prayer.