Picking Up the Slack For Women 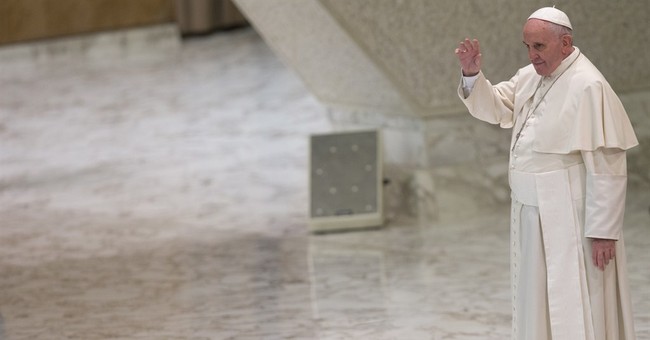 St. Vincent's Hospital went from lifesaver to bankrupt to closed to construction site for luxury condominiums in what seemed the twinkle of an eye in lower Manhattan.

Its end created a void. It was a place of births, last breaths, long and grueling nights, close calls and emergency care.

Its closure is made no less traumatic by the memory of words spoken by St. John Paul II when he visited these shores in 1987. He told Catholic health care workers: "Your health care ministry ... is one of the most significant services which the Catholic Church offers to society in the name of Jesus Christ."

But it is precisely because of that service that Ronald Rak found himself walking the emptied halls of St. Vincent's four years ago. Rak is the CEO and president of St. Peter's Healthcare System in New Jersey. What he saw saddened him: derelict operating rooms, empty offices, vacant hallways; a place of aid and healing beginning to uneasily vanish. As he was told the story of what had happened by a hospital administrator, he asked about what the void created by the hospital's absence meant for people in New York, who might be abandoned along with the building. She pointed him to "a little project we started in Midtown ... called Gianna."

The Gianna Center cares for women in a way that is foreign to much of health care today. The scandal of women's health care is that problems aren't solved, complications aren't investigated and dispensing quick fixes and pills are all too often the protocol. But Gianna is something different.

Rak went immediately to the Gianna Center that day, and St. Peter's would soon bring Gianna under its wing, seeing it as not only "critical to the care of women in New York City," but as possibly the "genesis" of something more, Rak says.

That was the beginning of the National Gianna Center for Women's Health, which has expanded from Manhattan to 14 cities, building a business model and even undertaking legislative outreach so that alternative health care, rooted in Catholic social teaching but (as the Gospel teaches), not exclusive to Catholics, can be accessible.

The Gianna Center exists in no small part to serve as an open door to women facing unplanned pregnancies, offering support and counsel that often goes by the wayside in secular hospitals. The Gianna message, Dr. Anne Nolte, Gianna's director, explained, is: "We're going to make sure you're healthy and your baby is healthy and do whatever it takes to help you get through this." Whereas many hospitals may offer the easy fix of abortion, a solution that often brings an unacknowledged load of further trauma, Gianna offers hope, help and life.

During his time as archbishop of New York, Cardinal John O'Connor asked any pregnant woman in need of help to come to the Catholic Church, which would help. He established a group of nuns, the Sisters of Life, to do just that. Cardinal Timothy Dolan has renewed that plea and pledge, and, with the work of the Gianna Center, is able to see that promise fulfilled and to give new life to ministries that would otherwise be abandoned: women's medical care that affirms their dignity and embraces life.

Rak points to the possibility of transforming women's health care in America. This from a Church, he points out, that is still often painted as anti-women, even as modern popes have stressed the importance of the female perspective. I don't expect to see it on the cover of a leading women's glossy anytime soon, but Gianna may just be leading a whole new feminist movement, one, with doctors like Anne Nolte, in a revived tradition of the sisterhood that built St. Vincent's in the first place.