Indifference Vs. Making a Difference 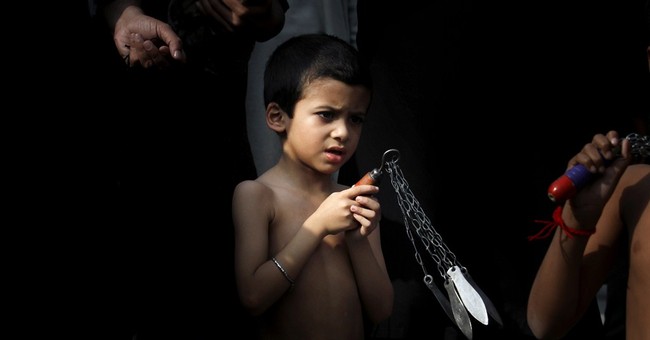 "You are calling me from paradise to hell."

Paul Bhatti recalls this comment from a phone conversation with his brother Shahbaz, who would later be murdered for his insistence on speaking out against blasphemy laws in Pakistan.

Paul was living as a doctor in Italy, the "paradise" as opposed to the "hell" of violence-torn Pakistan. But as bad as things got in that troubled land, his brother insisted: "The way to paradise lies in Pakistan."

Shahbaz's point was, as summed up by Bhatti: "Non-involvement is not an option; we are obligated being one human family to struggle for those who are too weak to speak and defend themselves."

Bhatti writes about what inspired him to work for religious freedom in Pakistan -- after his brother's death in 2011 -- in a new report on religious persecution throughout the world. Long story short: It's on the upswing, and the rising "religious illiteracy" among Westerners isn't helping matters.

At a recent conference on the plight of Christians in the Middle East sponsored by the Napa Institute, Siobhan Nash-Marshall, a philosophy professor at Manhattanville College in New York, told how she and a group of women founded the Christians in Need Foundation. Among other things, they sponsor students from "ancient Christian communities" to study in American universities.

While we can't, and shouldn't, bring every persecuted Christian over here, we can start looking at their faces and listening to their stories, and so draw ourselves out of our indifference.

The "globalization of indifference" is how Pope Francis often puts that chief drawback of our unprecedented information age. As my friend Mollie Hemingway put it recently in an essay on charity in a new collection from Templeton Press, "The Seven Deadly Virtues": "When everyone's your neighbor, then nobody's your neighbor." We're so overloaded and easily distracted now that we ignore the suffering going on around us, never mind in faraway regions.

For months now, Christians have been murdered and driven out of Iraq and Syria by marauding Islamic State separatists. But it's not the stuff of evening news; it hasn't stopped us in our tracks. But it should.

Ghanem Yadago, who, with his wife and two sons, was forced to flee the family home in Northern Iraq. As if that weren't enough, he found himself having "to ask people's help for everything." He's blind, a casualty of the Iran-Iraq war, and is now living in a tent outside a church, dependent upon others to help him navigate his unfamiliar surroundings.

Thanks to a facility for sick and elderly refugees funded by the Catholic Near East Welfare Association, Yadago is now a little more independent, but is divided from his wife and children, his wife needing medical care, having developed a heart condition during the trauma of the last months. After feeding their children, his wife often travels to spend the night with him.

Sarkis Boghjalian, national director of Aid to the Church in Need, a Catholic charity group, urges Americans to pay attention to the plight of people like the Yadago family. "Challenge your elected officials, 'What are you doing for persecuted Christians?'" he said.

What does that challenge mean for any American reading this? Get creative. That's what Father Benedict Kiely did. A Vermont priest with no particular skill set for such things, he sold 15,000 bracelets, lapel pins and zipper pulls adorned with the Arabic letter standing for "Nazarene," with all proceeds going to ACN. Six weeks into his effort, he delivered the charity a check for $10,000.

As those working to raise awareness and U.S. involvement in the plight of Christians in Iraq and Syria have echoed, "Christianity might disappear from the very region of its birth," Boghjalian said. That would mean, he continued, "the loss of the voice of moderation there." But even more fundamental: "Innocent people are being killed!" Do we look away, or do we do something? Is indifference bliss or our highway to hell?