How to Survive Media Bias 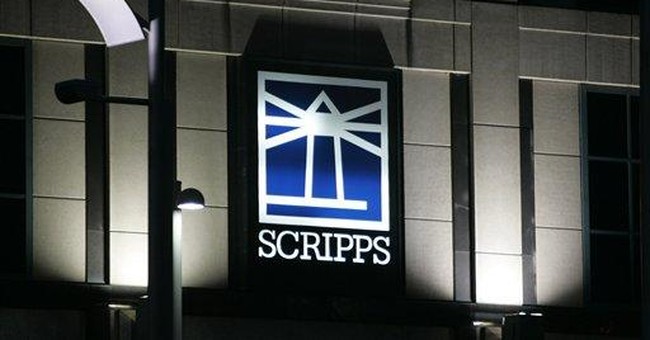 Candidates cannot live by the Internet alone, but there was something clever about former Tennessee Republican senator Fred Thompson's media approach to running for president. The former star of "Law and Order" could have flooded every frequency there is. Instead, he went straight to his core audience.

Thompson favored Internet videos and talk radio, generally refusing to bend over backward for hostile media, such as the evening news shows and papers of record. Some would call that lazy. I'd call it smart.

Michelle Bachmann learned her lesson the hard way. The Minnesota mother of five, foster mom of 23 and tax lawyer serves as a member of the House of Representatives. But she almost lost her bid for re-election, and the reason is MSNBC, a network that's become a playground of the rabid left.

Bachmann made the mistake of appearing on MSNBC's "Hardball" in mid-October. Host Chris Matthews berated her for daring to suggest that the mainstream media do its job and report on some of the radical anti-American associations of the man who has now been elected president of the United States. Congresswoman gone wild? Hardly.

But Matthews was a softie compared to left-wing radio talk-show host Mike Malloy, who outrageously said of Bachmann: "She's a hatemonger. She's the type of person that would have gladly rounded up the Jews in Germany and shipped them off to death camps. She's the type of person who would have had no problem sending typhoid-smeared blankets to Native American families awaiting deportation to reservations. ... This is an evil bitch from hell. I mean, just an absolute evil woman."

What exactly did Bachmann do to deserve this?

She said to Matthews, when asked about domestic terrorist Bill Ayers, who has played more than a cameo role in President-elect Barack Obama's life and career: "This is an unrepentant terrorist who says he wishes he would have bombed more people. Remember, this is a man who bombed the Pentagon and was happy to be bombing Americans, as well. This is not a person that the president of the United States would want to be associated with."

Bachmann and others were right to push the issue, which, sadly, didn't have enough of an impact. Obama's links with Ayers, much like his association with the Rev. Jeremiah Wright, speaks directly about his judgment. Bachmann knows this and tried to point it out, calmly and with reason. And for doing so, she was pilloried, held up to widespread ridicule and nearly deprived of her role as a public servant.

I've spent a little time with Bachmann and know her at least well enough to be able to combat this "hatemonger" nonsense. Death camps?! She and her husband care for as many disadvantaged children as they possibly can.

As she recently told my friend, radio talk-show host Mark Levin, it's amazing that any "normal American" would want to have anything to do with politics after the "public flogging" Bachmann endured in the final weeks of her re-election campaign. Her story of overcoming the megaphone of the mainstream media -- an entity that proved a tremendous fundraising boon for her opponent -- and speaking directly to the voters via talk radio and old-fashioned campaigning should serve as an inspiration to good Americans who want to serve -- and have their voices heard over the noise.