“Time’s Up” for Our Nation’s Children, Too

Katherine Blakeman
|
Posted: Jan 06, 2018 12:01 AM
Share   Tweet
The opinions expressed by columnists are their own and do not necessarily represent the views of Townhall.com. 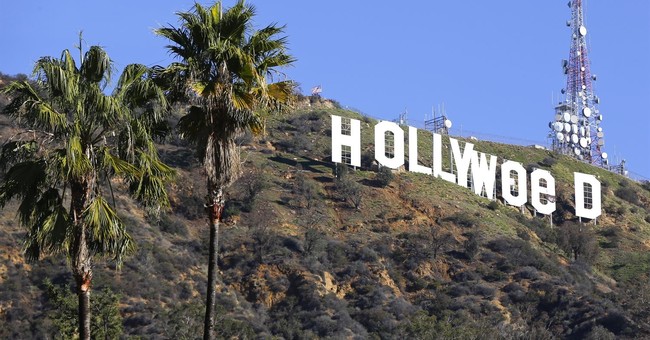 The Red Carpet at this Sunday’s Golden Globes will be a little more monochromatic than in years past. Many Hollywood actresses will don black to send a message of solidarity with victims of sexual harassment.

The #MeToo movement of last October has generated a new initiative, Time’s Up, which will include a legal defense fund and advocate for legislation combatting workplace harassment. The message the women of Hollywood and Time’s Up wish to send: Time’s up for those who engage in sexual misconduct.

But it’s true, in a way. Time is up. The sobering reality is that time’s up for our children, who are becoming addicted to smartphones – with virtually infinite access to pornography and sexualized images of women constantly at their fingertips – at younger ages than ever. Many kids today get a smartphone by the ripe old age of 10.

According to one study, mobile Internet/accessing websites accounts for 53% of activity on smartphones by kids ages 6-12.  While they surf the web, it is not a matter of if but when they will encounter sexually exploitive images. Young children are now exposed to hardcore (i.e. mainstream) pornography at an alarming rate, with 27% of older millennials (age 25-30) reporting that they first viewed pornography before puberty. It’s easy to imagine how much worse that problem will get as younger and younger children gain access to their own smartphones before the judgment centers of their brain are even close to fully developed.

For far too many children, time is up for their childhood innocence and their freedom from exposure to sexually exploitive images. Our culture is such that organizations like the National Center on Sexual Exploitation, Protect Young Minds, and Educate and Empower Kids advise parents to start educating their children in an age appropriate way at a young age to develop internal filters against the harmful materials they will inevitably encounter if they have access to the Internet. For concerned parents, there are also services like those offered by Covenant Eyes to apply protective filters to the Internet at home.

As we do this work of protecting children, consider how many actors and actresses, producers, and power players in Hollywood have contributed to our hypersexualized, pornified culture and profited from it. It’s unclear that they were concerned about how these graphic productions would affect the culture in which we raise the next generation of Americans when they decided to make them. Many of these same individuals are now protesting against the inevitable consequences of the sexually exploitive culture their shows and films have fostered. Case in point, Netflix’s forthcoming show “Baby,” which will glamorize the sex trafficking of teenage girls and normalize it as “prostitution.”

Harvey Weinstein blames the 60s and 70s culture in which he was raised and groomed for his sexual misconduct, and he didn’t have a smartphone as a young child. No cultural influence can deprive a person of his free will, but it can impact his mentality, his behavior, and his brain. What can we expect of boys and girls in America who have been fed a steady diet of sexual objectification and exploitation of people’s bodies, especially women’s bodies, online and in mainstream entertainment?

Do the women of Hollywood really expect their black dress statement on the Red Carpet to adequately address a culture that grooms hypersexualized young boys and girls if the deeper cultural issues are not addressed?

Katherine Blakeman is the Director of Communications at the National Center on Sexual Exploitation in Washington, D.C.