These Government Regulations Could Contribute to Higher Suicide Rates

Justin Haskins
|
Posted: Mar 29, 2016 11:49 AM
Share   Tweet
The opinions expressed by columnists are their own and do not necessarily represent the views of Townhall.com. 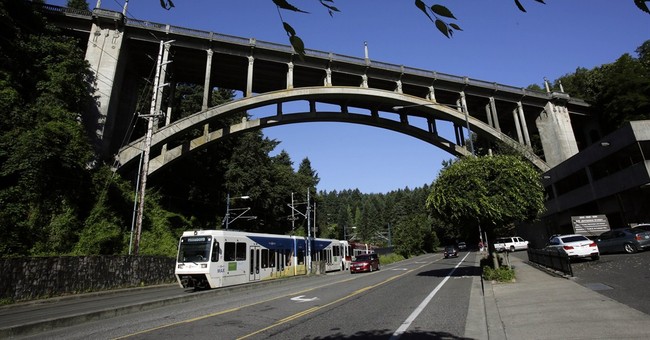 “We must continue to remove the stigma around mental illness and its treatment and make sure that these individuals and their families know they are not alone,” said Obama in a January 4 statement. “While individuals with mental illness are more likely to be victims of violence than perpetrators, incidents of violence continue to highlight a crisis in America’s mental health system.”

Obama’s proposal is primarily intended to help reduce gun-related violence linked to those with mental health problems, but the Obama administration and politicians on both sides of the aisle have acknowledged the severe shortage of mental health care facilities and physicians is a problem that affects far more than violent crime rates.

While increasing public funding for mental health programs has been one of the more popular policy proposals offered by lawmakers at the federal and state levels, existing government regulations on the health care industry may be more to blame for the lack of mental health care services in some parts of the country, especially in rural regions.

Certificate of need (CON) laws impose regulations on the health care industry. They mandate health care providers receive approval from a state government agency for various expenditures, including the construction of new hospitals, the purchase of some medical equipment, and the expansion of existing services, among many others. Currently, 36 states have certificate of need laws, although the number of CON regulations vary significantly by state.

The goal of CON laws is to reduce health care costs by eliminating unnecessary services and encouraging the consolidation of health care providers, but numerous studies show CON laws have actually caused a number of significant problems.

According to research conducted by Thomas Stratmann and Jake Russ at the Mercatus Center at George Mason University, states that have enacted CON laws have on average “99 fewer hospital beds per 100,000 people” and “4.7 fewer hospital beds per 100,000 people for each additional service a state regulates,” compared to states without certificate of need laws.

Research shows this has directly impacted the availability of mental health care services. Out of the 26 states listed as having the greatest number of health professional shortage areas (HPSAs) related to mental health by the Health Resources and Services Administration, a division of the Department of Health and Human Services, 19 states—or approximately 73 percent of the total—have CON laws.

CON laws have been particularly harmful in rural parts of the nation, which have fewer mental health service providers than more populated regions. In February, research authored by Stratmann and Christopher Koopman and published by the Mercatus Center shows there is a “statistically significant” correlation between certificate of need laws and the availability of rural hospitals. Stratmann and Koopman also found “CON programs have an even more negative effect on the number of hospitals in rural areas in a state than they do on the overall number of hospitals in the same state.”

This is particularly troubling because reduced access to mental health care services has been linked to greater suicide rates. According to the National Rural Health Association, suicide rates for men and boys living in rural areas, which have statistically fewer mental health professionals available, are “significantly higher than in urban areas.” Further, NRHA reports, “The suicide rate among rural women is escalating rapidly and is approaching that of men.”

Of the 20 states with the highest suicide rates, according to CBS News, 13 have certificate of need regulations in place.

Increasing public funds to help improve access to mental health care services may have a positive effect, but without more mental health care doctors and facilities, both of which are restricted in many certificate of need states that limit market entry for new and existing hospitals, all the federal funds in the world won’t help to solve this tragic problem.