The Forgotten Ones: Why Black Lives Matter Should Re-Think Everything 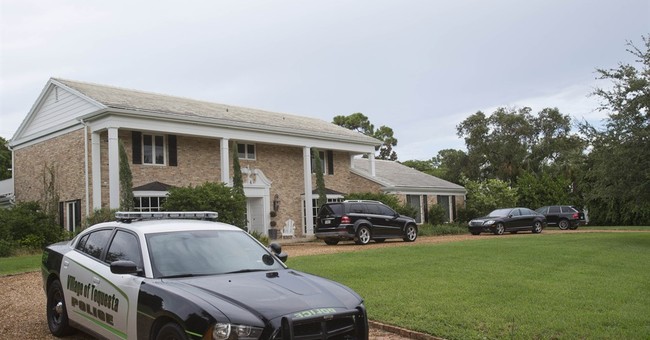 Editor's Note: This column was coauthored by Catalina Cuevas and Jeremiah Cuevas, an Iraqi War vet. They raise six girls in Maine. They also co-operate1 Voice 239, a blog that aims to remind America of its historic values. Follow them @1voice239.

There’s no denying that policy brutality exists in America, as it has always existed throughout the world and will always exist in the future. Anytime a large number of people are given power, there are going to be a handful of individuals willing to abuse it.

There’s also no denying, however, that police brutality is less of a problem here in the United States than it has historically been throughout the world. The Black Lives Matter movement loves to point to the few incidents where police officers go too far—in a nation of 300 million—but it never seems to spend any time at all thinking about those cops who are murdered in the street and hunted down just for doing their job: protecting our freedom and liberty while we work, sleep, and enjoy life.

Black Lives Matters activists have protested in cities across America. Some are certainly sincere, but many others are simply filled with hate. As one activist caught on tape said, “It’s open season on killing crackers and white cops.”

All of the focus is put on the media-created battle between many in the African-American community and police officers. It’s absolutely true cops are under intense fire right now, both figuratively and literally. But lost in the shuffle is what the family members of police officers must be feeling right now.

So often we hear about how hard it is for military families to deal with seeing their loved ones travel overseas and risk their lives—and rightfully so. Military wives, husbands, children, mothers, and fathers spend every waking moment for month after month worrying about the safety of those they care about. But as much time as there is spent on thinking about these families, these families deserve even more. The United States continues to fall behind in this area, and so much more could be done.

The same could be said about the families of firefighters, police officers, and other first responders. They too must sacrifice so that other Americans can enjoy trips to the mall and sporting events. And although nothing at all should be taken away from the sacrifices made by military families, it’s worth noting that, in many ways, families of first responders, especially police and firefighters, must make even greater sacrifices.

Just like military servicemen and servicewomen, many police officers are under tremendous stress. They often experience misplaced anger, frustration, and fear from being “on guard” all the time. Many police officers have trouble balancing work with their personal lives, and some struggle moving in and out of a world filled with violence and fear.

The wives, spouses, families, and children of first responders are the “forgotten ones.” Yes, their loved ones do amazing things and serve valiantly, but what about the families?

There’s nothing more tragic than seeing innocent lives lost, either on the battlefield thousands of miles away or on a street corner in one of America’s many cities. Black Lives Matter supporters are, on occasion, right to be angry with how some people have been treated, but the movement’s disgusting behavior and treatment of seemingly all police officers and their families ought to be unacceptable in our society.

These protesters spend so much time talking about justice, fairness, and compassion, but they are completely unwilling to extend that compassion to the families of police officers, who now live in fear that in a fit of anger, an irrational act of violence and revenge will lead to an innocent cop—who will also be a son, daughter, father, mother, brother, or sister to other innocents—unnecessarily dying or getting injured.

So, next time you see a service member or police officer, don’t just think about them and thank them, think about their loved ones. And the next time you have the opportunity to speak to someone who supports the Black Lives Matter movement, remind them that the “forgotten ones” matter too.