Julio Rivera
|
Posted: Jan 02, 2019 12:01 AM
Share   Tweet
The opinions expressed by columnists are their own and do not necessarily represent the views of Townhall.com. 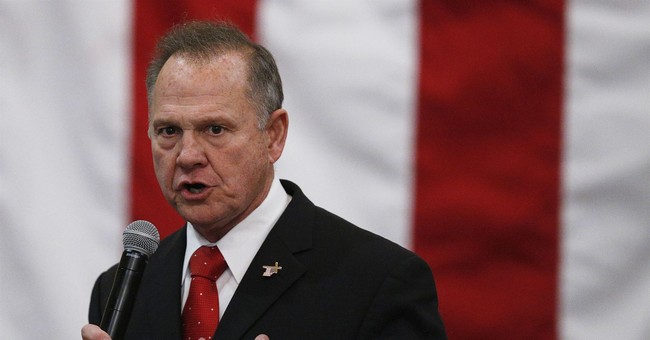 Russia, Russia, Russia. It’s the all-too familiar rallying cry of the #NeverTrump mainstream media, but is this really a problem that is much bigger than just one election cycle, and one polarizing presidential candidate?

Two recently released reports by Oxford University’s Computational Propaganda Project in cooperation with Graphika, and another by researchers for New Knowledge, Columbia University and Canfield Research, which was commissioned by the Bipartisan Senate Select Committee on Intelligence (SSCI), shed some light on exactly what activities occurred with specificity to the range of offenses.

The first report, prepared by Oxford University’s Computational Propaganda Project and Graphika, a network analysis firm, on Russian meddling in the 2016 election shed some light on the problem, given that it was able to attach specificity to the range of offenses. The report detailed the activities of Russia’s Internet Research Agency (IRA) over the past several years.

According to the Oxford report:

The Second Report, titled The Tactics & Tropes of the Internet Research Agency, lays out a 3-pronged scenario where Russia attempted to hack online voting systems, initiated a cyber-attack against the DNC and used social media platforms to carry out coordinated disinformation operations with the intent to influence American voters and fan the flames of division.

The report states that the “SSCI began an investigation into the IRA’s social media activities following the 2016 election around the same time that investigative journalists and third-party researchers became aware that IRA’s campaign had touched all major platforms in the social network ecosystem.”

In addition to what was disclosed in these reports, another wrinkle in this story is the matter of Russian hacker Konstantin Kozlovsky. Kozlovsky had claimed to have built the software that was used to hack the Democratic National Committee and other American targets. Kozlovsky, also claims to have developed a program called LDCS that has the ability to “replace information on Twitter, Facebook, Google and leading U.S. media outlets,” behaving in a similar manner to “redirect viruses” like the V9 redirect virus.

Also absent from these reports was any mention of the recent revelations of Democratic malfeasance uncovered in the hotly contested Alabama senatorial special election between Democrat Doug Jones and Republican Roy Moore.

Although the Democrats have long attempted to hang their hats on the Russian collusion narrative for their inability to secure either chamber of congress after the 2014 and 2016 election cycles, they weren’t above attempting to use the same tactics they blamed for those losses against the candidacy of Moore in December of 2017.

It is now known that Democratic operatives, one with direct ties to the Obama Administration, enabled the creation thousands of fake Russian social media accounts to create the impression that Alabama Republican Roy Moore was Russia’s preferred candidate in last year’s election against now-Sen. Democrat Doug Jones.

“We orchestrated an elaborate ‘false flag’ operation that planted the idea that the Moore campaign was amplified on social media by a Russian botnet,” the internal report reads. It also states that efforts intended to radicalize Democrats with a Russian bot scandal after experimenting with many of the tactics now “understood to have influenced the 2016 elections,” were carried out.

To his credit, the beneficiary of this underhanded misdirection, Sen. Jones, has expressed “outrage” over the matter.

"I'd like to see the Federal Election Commission and the Justice Department look at this to see if there were any laws being violated and, if there were, prosecute those responsible," Jones said. "These authorities need to use this example right now to start setting the course for the future to let people know that this is not acceptable in the United States of America."

It is becoming clearer that in the digital age, new tactics, many which are possibly illegal, will continue to be applied by both foreign and domestic perpetrators. Moving forward, American election officials will continually have to adjust for these new methods of election rigging, as well as taking a closer look at the practices of the DNC.