Socialism and Baseball: The Dangers of Coming Home to Venezuela and What Should Happen Next

Julio Rivera
|
Posted: Dec 12, 2018 12:01 AM
Share   Tweet
The opinions expressed by columnists are their own and do not necessarily represent the views of Townhall.com. 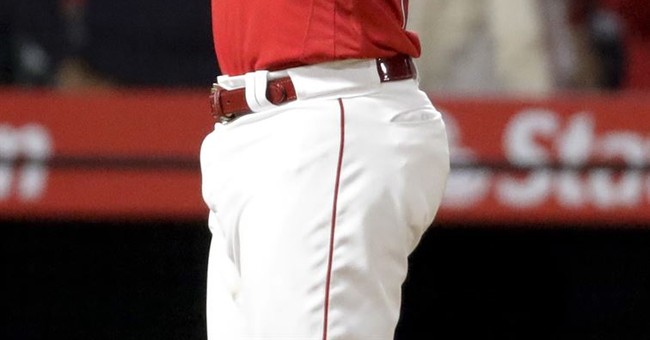 Tragedy struck this past week in Socialist Venezuela. Although the story may have taken many Americans by surprise, the demise of former Major League Baseball players Luis Valbuena and Jose Castillo, who were killed in a car crash in Venezuela caused by highway bandits who then robbed them, is an all too familiar story and well-known danger to MLB players from the Latin American hotbed of big-league talent.

The motivated go getters that dare to chase their American dream of fame and fortune live in a complex fantasy world compared to the millions of chamos y chamas starving to death in the oil-wealthy hell on earth they call their off-season home.

Complex, because with greatness and success come the underreported dangers associated with kidnappings for ransom, robberies and the other assorted threats that local heroes choosing to remain citizens of their homeland must endure.

It wasn’t always this bad in Venezuela. Beginning in 1958, after the overthrow of dictator Marcos Pérez Jiménez, the country enjoyed its longest period of continuous democracy. This period ran for about 40 years as the country withstood several coup d’état attempts. This period of economic strength peaked in the mid-60s, with the Venezuelan economy becoming the fourth largest in the world as well as the richest in Latin America.

In the last 20 years however, the economics have changed dramatically for the worse. Beginning the accelerated descent into extreme poverty and starvation was the 1998 presidential election victory of dictator-in-waiting Hugo Chavez. His campaign, which centered around social resentment and the demonization of the wealthy, drove him to a majority victory with 56% of the vote in a 3 horse race that pitted Chavez against Irene Sáez, a former Miss Universe, and politician Henrique Salas Römer.

Despite being blessed with a wealth of natural resources, changes to the global oil market may have also played a role in the collapse of the Venezuelan economy. Beginning in 2014, the global per barrel price of oil dropped from $111.00 all the way down to a low of $27.00 in 2016.

Although many defenders of socialism will point to that drop in oil price as the major factor in Venezuela’s demise, the truth is that an extremely restrictive domestic economic policy, which included the expropriation of hundreds of private companies (with most business owners and shareholders never receiving a dime in restitution), was truly the driving force behind the incomprehensible 4000% growth of inflation.

These conditions have led to an explosion in crime. In particular, crime against the wealthy and their relatives – with many of the most wealthy people in the country being Major League Baseball players.

Many Venezuelan stars like former Washington Nationals and Philadelphia Phillies Catcher Wilson Ramos, who was kidnapped for ransom by armed gunmen outside his family's house 2011 before being released, have gone through the process of establishing offseason residency in the United States. These prominent major leaguers include: Felix Hernandez of the Seattle Mariners, Miguel Cabrera of the Detroit Tigers, Carlos Gonzalez of the Colorado Rockies, former major leaguer Victor Martinez and many others.

Although these players and their families have lived in constant danger, they are hardly the only Venezuelans to suffer under current conditions.

So what can Venezuela do to save itself at this point? It seems that anything short of a political revolution would leave much to be desired for a country where the poverty rate was estimated to be between 76% and 87% in 2017.

Venezuelans would be wise to install a system similar to the Chilean Government. In contrast to the restrictive regulatory and economic policies of Venezuela, Chile facilitates entrepreneurial activity and productivity growth. With an unemployment rate sitting under 7% and far more palatable personal and corporate tax rates, Venezuela would be wise to examine their South American counterpart more closely for clues on how to fight out of its current economic dire straits.

For a time, Chile too fell victim to the scourge of socialism. In the first half of the 1970s, Chile endured an annual inflation rate of 140% in concert with a declining GDP under President Salvador Allende. Years later, Chile’s economy would be saved by the “Chicago Boys,” a group of economists from the University of Chicago led by Libertarian icon Milton Friedman.

Since that time, Chile has continuously outperformed the rest of the continent of South America economically. Venezuela is suffering through perhaps the most horrifying political and humanitarian crisis of modern times. The time for revolution aided by international intervention is upon us. It is Venezuela’s only chance to ever rise above extreme poverty.