Don't Smile for the Camera

Judge Andrew Napolitano
|
Posted: Sep 19, 2019 12:01 AM
Share   Tweet
The opinions expressed by columnists are their own and do not necessarily represent the views of Townhall.com. 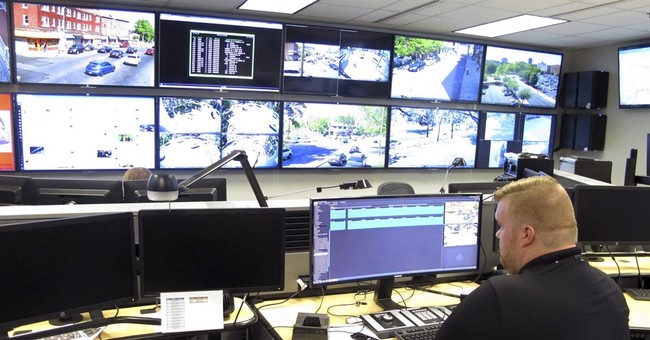 A trial in Great Britain has just concluded with potentially dangerous implications for personal freedom here.

Great Britain is currently the most watched country in the Western world -- watched, that is, by its own police forces. In London alone, the police have erected more than 420,000 surveillance cameras in public places. That amounts to 48 cameras per 1,000 residents. What do the cameras capture? Everything done and seen in public.

The cameras use facial recognition technology that can capture a grimace, a pimple, a freckle, even an eye blink as you walk the streets. Software then compares whatever the camera captures to government databases. By touching the screen showing your image, the police can have at their fingertips instantly a full dossier on you -- your medical, financial, law enforcement, educational, personal and employment records. Stated differently, by looking at your face on a computer screen, and without a search warrant or even any suspicion about you, British police can amass in a few seconds all the data that the government has accumulated about you.

These procedures were recently challenged by a privacy advocate named Ed Bridges in a trial in Britain's High Court. He learned that the police had twice scanned his face into their databases and accessed personal data about him -- once while he walked to a restaurant and once while at a political rally. His lawyers argued that the police need a basis in fact -- some articulable suspicion -- to scan anyone's face into their database, and that without that suspicion, the police are effectively engaged in a virtual fishing expedition among innocent folks.

The police argued that Bridges only knew of his face being scanned -- they wouldn't say why he was scanned -- by examining government records that he sought. And if he had not sought the records, he would never have known that his image had been scanned. Thus, they argued, he endured no harm. The police also argued that facial recognition helps them find wanted persons much more efficiently than any other police tool.

It developed during trial that the public surveillance systems were never authorized by Parliament or by any popularly elected local governmental body. Rather, the systems were purchased by the police, and they use them whenever and however they want. It also developed during trial that police have charged persons who recognize the cameras and then hide their faces from view. Punished for scratching your nose or wearing your ski mask or pulling your T-shirt over your mouth in public? Yes.

One would think that this Orwellian in-your-face invasion of personal freedom would have shocked the conscience of the court. It didn't. The court sided with the police.

Could the British model happen here?

Today, a half-dozen American police departments, including New York City, Chicago, Detroit and Orlando, Florida, have begun to use facial recognition surveillance, and in none of these places has the elected governing body authorized it. Politicians have looked the other way. Only in San Francisco -- where readers of this column will recall the city government infringes upon the freedom of speech -- has the governing body voted to prohibit the police from using facial recognition.

Great Britain -- where many American-style civil liberties are protected -- lacks a written constitution. Instead it has a 600-year-old constitutional tradition, acknowledged in court rulings and reflected in legislation. Yet, as we have seen, court rulings can bend with the political winds. Those winds are often fanned by the intelligence community and by law enforcement, which have succeeded in establishing sufficient fear among the public and sufficient acclimation to surveillance so that folks like Ed Bridges are made to appear as outliers wasting their time rather than patriots defending personal liberty.

Could the British model happen here?

Our federal government's 60,000-person strong domestic spying apparatus already captures every keystroke -- even those which we think we have deleted -- on every device used to transmit digital data on fiber optic cable in the United States. That covers every mobile, desktop and mainframe device. The government, of course, will not acknowledge this publicly. Yet some of its officials have told as much to me privately. They have also told me that they believe that they can get away with this so long as the data captured is not used in criminal prosecutions.

Why is that? The last thing the feds and rogue police want is for government agents to be compelled to answer under oath how they acquired the evidence they are attempting to introduce. Yet the admission of spying assumes that the right to privacy, which is guaranteed in the Fourth Amendment to the Constitution, is protected from governmental invasion only for criminal prosecution purposes. And dozens of American police departments have accepted this assumption as they have begun to use devices that attract cellphone signals as one walks or drives near them, thus enabling them to follow movements of the innocent without suspicion.

The Fourth Amendment makes no such distinction among intelligence or law enforcement or governmental curiosity. Rather, the Fourth Amendment -- the essence of which is the right to be left alone -- was written expressly to prohibit what British police are doing to the British public and what American police and the National Security Agency are doing to the American public -- commencing investigations of the innocent without suspicion.

The Fourth Amendment is an intentional obstacle to government, an obstacle shown necessary by history to curtail tyrants.

Could the British model happen here? Digitally, it has. Could the ubiquitous cameras be far behind?