More Assaults on the Rule of Law

Judge Andrew Napolitano
|
Posted: Jun 14, 2018 12:01 AM
Share   Tweet
The opinions expressed by columnists are their own and do not necessarily represent the views of Townhall.com. 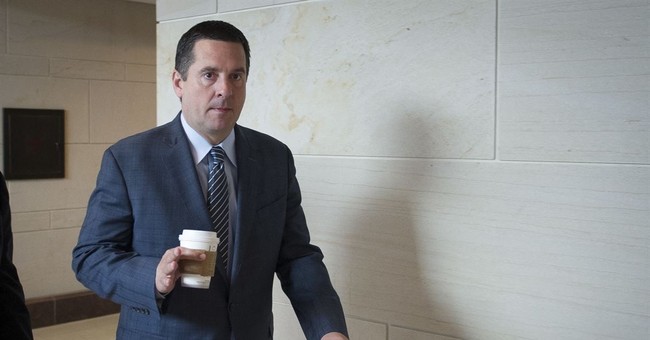 Amid all the happy hoopla over President Donald Trump's trip to Singapore, where he began the process for what he hopes will be the normalization of relations between the United States and North Korea and the denuclearization of the Korean Peninsula, has come an effort by the House Intelligence Committee to interfere with the criminal investigation of the president.

The committee's chairman, Devin Nunes, a Republican from California, and the Republican majority on the committee have demanded that the Department of Justice turn over documents pertaining to the origins of the investigation of President Trump by special counsel Robert Mueller.

And Nunes has threatened Mueller's superior, Deputy Attorney General Rod Rosenstein, with censure, contempt and even impeachment if he fails to comply. Can Congress interfere in an ongoing federal criminal investigation? Can it get its eyes on law enforcement's active files? In a word: No.

In the pre-9/11 era, when the FBI and the DOJ devoted their work primarily to investigating criminal activity, they both answered not only to the president but also to the House and Senate Judiciary committees. This long-standing relationship came about by way of a check on the exercise of prosecutorial power by the DOJ and the FBI.

These congressional committees approve the budget for law enforcement, the argument went, and as watchdogs, so to speak, they are entitled to know how the taxpayers' money -- and money borrowed in the taxpayers' name -- is being spent.

After 9/11, Congress passed the Patriot Act, which, in addition to authorizing FBI agents to write their own search warrants for all sorts of custodians of records -- legal, medical, postal and banking enterprises, supermarkets, and libraries, to name a few -- gave the FBI a domestic intelligence mission not unlike that of the National Security Agency, which is America's domestic spying apparatus.

But the FBI's spying mission also subjected it to the scrutiny of two additional congressional committees, one in the House and one in the Senate. This cross-pollination of law enforcement and intelligence gathering -- this mixture of two distinct roles, one traditional for the FBI and the other novel to it, one clearly regulated by the Constitution and the other purporting to be outside of it -- tempted not only FBI agents to use the tools of spy-craft for law enforcement (even though it's prohibited by the Fourth Amendment) but also Congress.

Now back to Rep. Nunes and the House Intelligence Committee.

The Republicans on that committee are determined to use their regulatory powers over federal intelligence gathering to investigate federal law enforcement. They are doing this because they claim to smell a rat in the origins of the special counsel investigation and they want to get to the bottom of it. In order to get to the bottom of it, they have demanded to see documents in the custody of special counsel Mueller to determine whether there was sufficient probable cause to commence the criminal investigation of Trump back in November 2016.

There are two dangers to the rule of law here. The first is that members of this committee could use their security clearances to examine classified materials and then use what they have seen for a political narrative. They cannot lawfully, except on the floor of Congress, publicly reveal classified documents they have seen, but they can (and they have done so in the past) summarize them publicly -- and with a political spin.

That endangers the sources of criminal investigators, many of whom are people who communicate with investigators at great personal risk and to whom confidentiality has been promised. That confidentiality is recognized in the law as the informant's privilege, and it keeps confidential criminal matters from public and peering congressional eyes until the investigation is concluded.

The second and equally harmful danger is that members of the committee could leak what they have seen. To prevent this, prosecutors have a privilege to keep their files secret until they charge or exonerate their targets or subjects.

Under the Constitution, we enjoy the separation of powers. Congress writes the laws; the executive branch enforces them; and the courts interpret them. Congress can no more constitutionally interfere with ongoing law enforcement for political purposes than the DOJ can interfere with the passage of congressional legislation that it doesn't like.

The down and dirty fear that the DOJ and the FBI have is that revealing the contents of the criminal file on the president to his political allies in Congress in the midst of an investigation of him would be a dangerous precedent, one that would pollute the investigation and give present and future politically powerful potential defendants advantages that no one else has.

That disparate treatment of the president as defendant strikes at the heart of the rule of law. And the rule of law is what protects us from politicians who can't restrain themselves from violating their oath to uphold the Constitution.