Trump, Immigration and the Supreme Court

Judge Andrew Napolitano
|
Posted: Jun 29, 2017 12:01 AM
Share   Tweet
The opinions expressed by columnists are their own and do not necessarily represent the views of Townhall.com. 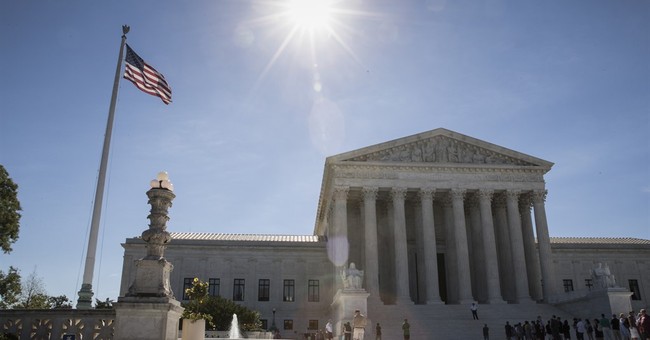 Earlier this week, after nearly uniform rejections by judges all across the country, President Donald Trump achieved a court victory in the persistent challenges to his most recent executive order restricting the immigration of people into the United States from six predominately Muslim countries. Lower federal courts had consistently ruled that the president's behavior was animated by an anti-Muslim bias -- a bias he forcefully articulated during the presidential election campaign -- concluding that what appeared to be, on its face, a travel ban based rationally on national security needs was in reality a "Muslim ban" based on religious fear, prejudice or hatred.

The Supreme Court unanimously saw it differently. Here is the back story.

I have argued for months that both the first travel ban executive order, signed Jan. 27, and the second one, signed March 6, were lawful and constitutional because the courts have ruled that the Constitution gives the president exclusively the final say on foreign policy and because they have ruled that immigration is one of the tools he can use to effectuate that policy. Moreover, Congress has expressly authorized the president to suspend immigration from stated countries for finite periods of time to enhance national security.

In order to do this and pass judicial muster, the president's lawyers in the Department of Justice need only show that the president has a rational basis for his order. Trump argued that his rational basis was a determination by the State Department under former President Barack Obama, reinforced by his own State Department, that immigrants who would cause harm once here in the U.S. are more likely than not to come from the six designated countries in the second order -- Iran, Libya, Somalia, Sudan, Syria and Yemen.

The traditional Judeo-Christian view of governmental decisions that limit the liberties or opportunities of many because of the anticipated behavior of a few is that those decisions are unjust and need not be obeyed. Indeed, in America -- in our post-Civil War and post-civil rights eras -- we have come to the political and legal consensus that individual worthiness is personal and is not a characteristic of a group, and we have condemned other countries' governments for punishing the many because of the fear or behavior of a few. Yet the issue before the high court regarding the president's executive order is not its wisdom or morality or justness. The issue is its lawfulness and its constitutionality.

If an executive order is based on a denial of a fundamental liberty (other than travel) -- speech or religion, for example -- then the DOJ has a much higher bar to meet, called strict scrutiny. Those of us who monitor these things have fairly well concluded that it cannot meet that high bar. Stated differently, if the high court concludes that the travel ban is really a Muslim ban, the court will invalidate the ban -- which every court to review it before the Supreme Court did.

In the first challenge to the president's first order, a federal district court in Seattle ruled that it was based on religion, and the 9th U.S. Circuit Court of Appeals upheld that ruling. Rather than appeal that to the Supreme Court, the president signed the second executive order -- which imposed the same restrictions as the first, but in more thoughtful, cautious and lawyerlike language.

The second executive order was challenged in federal district courts in Honolulu and Annapolis, both of which ruled that it, too, was based on religion, and therefore they invalidated it. The 4th U.S. Circuit Court of Appeals in Richmond upheld the Annapolis decision, and the 9th Circuit in San Francisco upheld the Honolulu decision. The DOJ appealed both circuit court rulings to the Supreme Court, and the Supreme Court intervened.

Bear in mind that there has been no trial in any of these cases. The rulings appealed from were all preliminary in nature, based not on cross-examined evidence but on the judges' feel for the cases and their understanding of the law. The same is the case with the Supreme Court ruling. It did not say what the law is and what burdens the government must meet for the court to uphold the second executive order. But it did invalidate all injunctions imposed by the lower courts against the enforcement of the second order.

In so doing, it carved out exceptions to the executive order. These judicially created exceptions provide that immigrants from the six countries are exempt from the travel ban if they can show that they have a "relationship" with a person or entity in the U.S. Though the word "relationship" is ambiguous, it can range from a job offer to a university admissions offer to a business opportunity to an anxious family member awaiting the immigrant in the United States.

This judge-made exception to the president's foreign policy was probably a compromise crafted by Chief Justice John Roberts intended to bring the liberal and conservative wings of the court to agreement on the limited issue of whether the second executive order can be in place and enforced by the government during the time that the court needs to examine it.

Justices Clarence Thomas, Samuel Alito and Neil Gorsuch dissented on the exemptions. They argued that the court has no business or right interfering with the president's foreign policy and that the "relationship" standard is so vague that it will spawn thousands of litigations. Nevertheless, the Supreme Court will hear oral argument on the power of the president to use immigration travel bans as an instrument of foreign policy in October and will probably rule before Christmas.

And then those who want to challenge the president in court will be able to contest the law as the Supreme Court will articulate it. And this troublesome business of banning people from coming here because of their place of origin will be with us for a long time.