The Government and Freedom 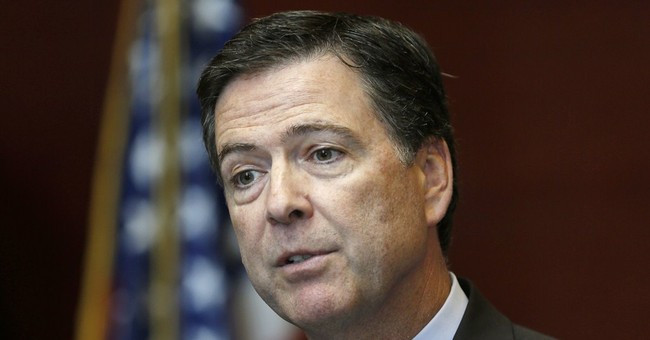 Earlier this week, FBI Director James Comey gave an interview to "60 Minutes" during which he revealed a flawed understanding of personal freedom. He rightly distinguished what FBI agents do in their investigations of federal crimes from what the NSA does in its intelligence gathering, when the two federal agencies are looking for non-public data.

The FBI requires, Comey correctly asserted, articulable suspicion to commence an investigation and probable cause to obtain a search warrant. It does this because its agents have sworn an oath to uphold the Constitution, and their failure to comply with that oath may very well render the evidence obtained by unconstitutional means useless in court.

The NSA, as we know, makes no pretense about presenting probable cause to a judge. Rather, it asks a judge on a secret court (so secret that the judges themselves are kept from the court's files) for general warrants. A warrant based on probable cause must specifically describe the place to be searched and the person or thing to be seized. General warrants, which the Constitution prohibits, permit the bearer to search wherever he wishes and seize whatever he finds.

British government agents and soldiers used general warrants issued by a secret court in London to invade the privacy of the colonists. The British also used another tool now prohibited by the Constitution -- called writs of assistance -- which permitted certain agents and soldiers (SET ITAL) to write their own search warrants (END ITAL) and serve them upon the colonists. This was done, it was argued, because London was too far from America and the British claimed an urgent need to search colonial homes to determine whether the owners had paid the king's taxes. The British use of general warrants and agent-written warrants became arguably the last straws that tipped colonial minds toward revolution.

Comey knows that if his agents get caught violating the Constitution, their searches will be fruitless. Yet, he conveniently failed to reveal in his interview that under the Patriot Act, his agents can and do write their own search warrants -- just as British agents and soldiers did. The Patriot Act calls these warrants by the euphemism "national security letters."

A national security letter is a search warrant in which one federal agent authorizes another federal agent to search for and retrieve data held by third parties. The list of third parties that can be subjected to an agent-written search warrant includes virtually all entities required by law to keep records, such as telephone providers, banks, lawyers, physicians, hospitals, supermarkets, utility companies, credit card companies and computer service providers; the list is nearly endless. Five federal judges have held this section of the Patriot Act to be a violation of the Fourth Amendment (which provides that only judges may issue search warrants) and thus unconstitutional.

The Patriot Act also prohibits the recipient of an agent-written search warrant from telling anyone about it -- that includes a lawyer in confidence, a priest in confession, a spouse in the home, even a judge in open court. It is this section of the Patriot Act that is being challenged by Twitter and Google in the Ninth Circuit Court of Appeals in California.

Twitter and Google have apparently received many of these unconstitutional agent-written warrants, and they want their customers to know what the government is doing. Two federal judges already have found this section of the Patriot Act to be violative of the First Amendment ("Congress shall make no law ... abridging the freedom of speech.") and thus unconstitutional.

The Patriot Act is the most unconstitutional legislation since the Alien and Sedition Acts of 1798, which proscribed speech critical of the government; yet the FBI loves it. Its premise is that in dangerous times, if we surrender our freedoms to the government, the government will keep us safe until the danger passes. This is a flawed argument.

The Declaration of Independence recognizes the continuous possession of personal freedoms ("endowed by their Creator with certain inalienable rights"), and thus they cannot be stolen by a majority vote in Congress, but only surrendered by a personal, intentional, knowing choice. And history teaches that government does not return freedoms once stolen or surrendered. Without freedom, who will protect us from the government?

The government can't deliver the mail, pave potholes, balance the budget, fairly collect taxes, protect us from Ebola, even tell the truth. Who would trust it with personal freedoms?

Since 2001, Comey's agents have written more than half a million of their own search warrants, and their targets don't even know what was done to them. He will argue that if the evidence from these agent-written warrants is not used in court, there is no harm to the unknowing victim, and hence no foul. Yet the Constitution was written to keep the government from interfering with our natural rights even when it does so in secret, because no government violation of inalienable rights is harmless.