The Toxicity of the Permanent Outrage Mentality

Josh Hammer
|
Posted: Apr 23, 2021 12:01 AM
Share   Tweet
The opinions expressed by columnists are their own and do not necessarily represent the views of Townhall.com. 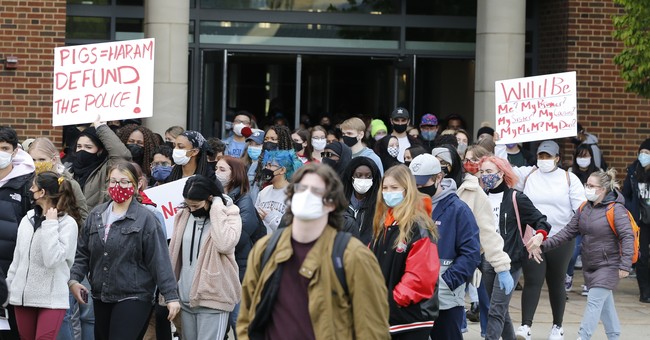 The conviction of disgraced former Minneapolis police officer Derek Chauvin on both manslaughter and murder charges ought to be, at least in theory, a seminal moment for a country hoping to foster a greater civic unity and recoil from the tumultuous brink of a half-century nadir in racially charged acrimony. Sadly, early indications point toward something closely approximating the precise opposite.

Successful criminal prosecutions of police officers for use of lethal force in the line of duty are rare in America, reflecting both the statistical paucity of truly egregious police misconduct and a still-widely held understanding that policing is extraordinarily difficult work, entailing split-second decision-making to which deference must be afforded and for which Monday morning quarterbacking is improper. But the viral video of Chauvin kneeling on the neck of George Floyd for nine minutes did not evince such "split-second decision-making." No matter what Floyd's autopsy revealed with respect to fentanyl and methamphetamine, Chauvin's use of excessive force was clearly criminally negligent and reckless. The prosecution had a strong case, at least with respect to the lesser manslaughter charge.

Whether Chauvin nonetheless received a truly fair trial is dubious, at best. The armchair commentary and attempts to influence the verdict from myriad elected officials, such as Rep. Maxine Waters, D-Calif., and even President Joe Biden himself, were egregiously inappropriate. Equally egregious was the fact that the jury, in such a high-profile case, was not sequestered for the entire trial duration. The appeals process will take into account these procedural follies and lamentable interferences in the solemnity of the judicial process, but for now, the fact remains that Black Lives Matter, the progressive left and all those who canonized Floyd as a "martyr" for America's purported "systemic racism" sin got the result it seems they wanted. Right?

Maybe not quite. "This verdict is not a substitute for policy change," promptly tweeted far-left icon Rep. Alexandria Ocasio-Cortez, D-N.Y. "No joy today," tweeted Rep. Hakeem Jeffries, D-N.Y., "Just relief." Biden, an ostensible "moderate" and healer of our national wounds, used his post-verdict remarks to lambast the "systemic racism that is a stain on our nation's soul." So much for reconciliation and unity.

As sickening as this sentiment is, it makes sense if we take Democrats at their word. If one truly believes America suffers from nationwide, paninstitutional "systemic racism," then of course the successful prosecution of a lone rogue cop will not suffice. Rather, all that will ultimately suffice is the burning down of the nation and an attempt to rebuild everything from scratch. And the would-be revolutionaries did not wait very long to find their next target.

The very next day after the verdict, the national narrative shifted to a lethal police encounter in Columbus, Ohio. Sixteen-year-old Ma'Khia Bryant was shot to death as she reared back with a large knife in hand and began to lunge, ready to stab an unarmed fellow teenager who posed no physical threat. Inexplicably, the blue-checked Twitterati immediately called Bryant's death the heir successor to Floyd's. "Demand accountability," tweeted former top Barack Obama presidential adviser Valerie Jarrett. "Fight for justice." Worse, in a grossly irresponsible and now-deleted tweet, iconic NBA megastar LeBron James tweeted out a photo of the cop -- who, in a just world, would be lionized for likely saving the life of at least one unarmed teenager -- alongside the caption, "YOU'RE NEXT #ACCOUNTABILITY." The increasingly anti-civil liberties American Civil Liberties Union called Bryant's death outright "murder."

This is utter insanity. The Bryant death, while tragic, is not even remotely similar to the Floyd death. But when you're a hammer, everything looks like a nail -- and if America is "systemically racist" (a leftist lie), and if modern police forces originated with antebellum chattel slavery (another leftist lie), then every cop must be held "accountable." Viewed through this dystopian and patently un-American lens, each police officer who deploys lethal force in the line of duty becomes a symbol for the alleged sins of all cops. It is the same playbook the left deployed when then-Supreme Court nominee Judge Brett Kavanaugh was put on de facto trial in 2018 as a symbol for all the alleged sins of white men.

The unfortunate reality is that, in our modern political and media ecosystem, a permanently aggrieved, outraged, victimized mentality pays well. For the charlatans and hucksters of "anti-racism" and "critical race theory," therefore, conceding that a development such as Chauvin's conviction might indicate that America's criminal justice system is not "systemically racist" is unconscionable. Indeed, an entire industry has been established to perpetuate this rotten myth. "A post-racial America would be an unmitigated disaster" for this industry, David Azerrad recently wrote for Newsweek. "Instead of charging $6,000 an hour lecturing corporate America on its white privilege, Robin DiAngelo would be selling plastic jewelry on the Home Shopping Network."

Thus, the imperative for the outrage mob to find its next target. Those like DiAngelo and Jarrett win, but the American people, who are sick of ginned-up faux anger, lose.