Jonathan Feldstein  |  Jul 25, 2020
The opinions expressed by columnists are their own and do not necessarily represent the views of Townhall.com.
Top Columns
Trending on Townhall Media 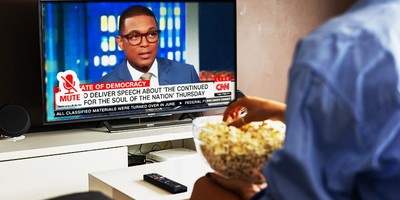 At the beginning of July, all eyes and pundits were focused on Israel’s plan to apply sovereignty to portions of Judea and Samaria (the West Bank), with speculation about when Israel would do it, over what territory, and what the political, diplomatic and military fallout would be.  What a difference a month makes!

Albeit sanctioned by the Trump “Peace to Prosperity” plan, and specifically mentioned as a legislative action central to the Israeli government coalition agreement, nothing has happened. It's possible that in the foreseeable future nothing will, and that plans for sovereignty are another unexpected victim of the Coronavirus crisis.

While the U.S. was eager to roll out and implement the peace plan, changing the paradigm of decades of failed peace efforts, who knew in January that weeks later the world economy would become devastated as the pandemic spread, infections and death increased, and that this would become a pillar of most countries' domestic, economic and foreign policies.

The pandemic and its fallout have become both a central part of the U.S. election season, as well as a distraction from other issues that might otherwise be on the top of the agenda.  Accordingly, even things like the “Deal of the Century,” a pillar of Trump’s foreign policy for years, has been pushed to the back burner if not off the stove entirely.

What had previously been bold U.S. declarations that sovereignty was up to Israel, and that Israel doing so was not only not an obstacle to peace but even central to a new peace plan, have now evolved into silence.  It’s hard to determine if the U.S. is in a prolonged first wave, staggered second wave, or maybe even a third wave of infections.  But one thing is sure, that the consequence of the pandemic has made tackling it central to the presidential election.  The plan is on the table, but as far as being a main foreign policy item, it’s as if someone in Washington pushed the pause button.

In Israel, “Peace to Prosperity” became a central theme of the third national election this past March, which saw a virtual stalemate like the two before in the preceding 11 months.  In a sense, the government was saved by the pandemic with Prime Minister Netanyahu and now Alternate Prime Minister Benny Gantz agreeing to form a unity government whose main and immediate purpose would be fixing the economic and medical impact of the pandemic.  The one other legislative item that was part of the coalition agreement was the beginning of the application of sovereignty as soon as July 1. Now, that feels like ancient history.

But the government took its eyes off the ball as far as handling the pandemic, and Israel went from a country leading the world as a model for halting its spread, to one where the outbreak came back in a second and more widespread wave.  Only this past week did the government agree to the appointment of a pandemic Czar amid finger pointing and new restrictions imposed and then reversed, literally overnight.

If people were betting on the outcome in Las Vegas, it's hard to imagine which sovereignty option had the best odds.  But the second wave of the pandemic has hit Israel hard.  Borders remain closed to non-Israelis with almost no exception. Unemployment remains well above 20 percent and the economy is devastated.  Infection and death rates have spiraled.  Israelis used to their summer vacation are hot and cranky over continued restrictions.

Since before the current coalition agreement was signed, people were betting on how long the emergency unity government would last.  People still wonder whether it will last for another 16 months when Netanyahu is supposed to step aside and Gantz becomes Prime Minister per the agreement.  Would the government last?  Would there be a natural or forced breakup?  Would Netanyahu try to call new elections based on polls indicating he and the Likud party were on the rise through June as most agreed that sovereignty was a good thing, and the government had done a good job handling the first wave?  Would he gamble on the polls and try new elections to strengthen his hand, and not have to cede power in 2021?

And then the pandemic hit, again.  Infections doubled.  Deaths rose. Pundits fault the prime minister for not managing the pandemic, but focusing on politics.  Now, polls show a steady decline in support for Netanyahu and Likud which means that new elections would be bad.  Now, he has set up a top-notch person to handle the crisis in all it’s aspects.  But one thing it seems he does not have the luxury or mandate to do is focus on sovereignty, not domestically and not without U.S. support.

Somewhere in Israel there may be a diplomatic ICU, trying to find ways to keep sovereignty alive, just like the government and Israel’s medical system are trying to keep Israelis alive.  But for now, sovereignty may be on life support, a victim of COVID-19, and the short-term prognosis may not be good.