Putting the Baby Back Together

Jonathan Feldstein
|
Posted: Sep 24, 2019 9:05 AM
Share   Tweet
The opinions expressed by columnists are their own and do not necessarily represent the views of Townhall.com. 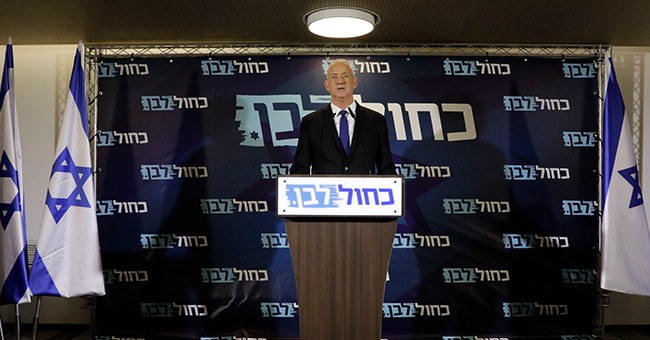 Sometimes even the most miraculous things requiring the greatest discernment in the Bible seem so out of reach for an average person by today’s standards.  And sometimes they seem so simple. The story of the Solomon’s judgement (1 Kings 3:16–28) recounts the dispute of two mothers living in the same house, each the mother of an infant son. They came to Solomon to adjudicate who was the baby’s mother. One of the women’s babies had died, and each claimed the remaining boy as her own.

Calling for a sword, Solomon declared his judgment: the baby would be cut in two, each woman would be given half. One woman did not contest his ruling, declaring that if she could not have the baby then neither of them could. But the other begged Solomon, "Give the baby to her, just don't kill him!" Solomon, in what’s depicted as one of his greatest demonstrations of wisdom, declared the second woman the mother, as a true mother would even give up her baby in order to save its life.

In Israel today, following this month’s election, the second this year with no clear winner, Solomon’s example of profound wisdom seems like child’s play.  Today, President Reuven (Ruby) Rivlin could use a hefty dose of Solomon’s wisdom as he strives not how to divide, but how to bring Israel together.

The prime minister is typically the head of that party, and the head of government.  It’s his or her job to tend to the day-to-day affairs of governing the country, along with a cabinet made of ministers each with a different responsibility (i.e. defense, foreign affairs, housing, education, justice, and more).

The president is head of state and in that capacity has several specific, unique and statutory responsibilities including determining the candidate following an election who is most capable to form a government, which is typically clear following the counting of all the ballots. Usually that’s given to the head of the party with the most seats in the Knesset, but one also needs the support of at least 61 members.   But with two elections in 2019, and specifically the one this month, it’s been anything but usual.

In the case of the recent election, neither the Likud nor the Blue and White parties received enough votes to unambiguously be selected as the party, behind their respective leaders Benjamin Netanyahu and Benny Gantz, to establish a government on their own. So the task at hand is one of Solomonic proportion on steroids: how to find a way to get these two parties to form a unity government between them, or include members of other parties each with its own political and ideological differences and reasons for not wanting to join a government with one or more other parties, or one of these men as the prime minister.

Many friends have asked me what the outcome will be, who will be the next prime minister, and praying that Bibi is safe.  The honest answer is who knows.  I have been reticent to write any post-election analysis because things are changing so fast that by the time such an analysis were published, there are good odds that any number of realities would have changed.   Not being one to venture about something that I cannot project, I’d rather not make guesses. It’d be much easier to pick the winner of the World Series than to try to imagine all the twists and contortions that may yet occur.

One thing that is certain is that most of Israel does not have the stomach for a third election in the event that neither of these parties are able to put together a coalition government, especially if the outcome of a third election will be more or less inconclusive as the two recent elections have been. As head of state, it’s assumed that President Rivlin does not want to see that possibility either.

As of this writing, President Rivlin has brokered one lengthy meeting with Gantz and Netanyahu. Since then, leaders from these two respective parties have begun meeting, negotiations, presumably as to what the terms of a joint coalition would look like. Another meeting between Gantz and Netanyahu is projected. Rumors are that if this does not yield anything substantial, the president is considering as yet unknown out-of-the-box ideas to try to facilitate bringing these two, or some variation thereof, together to form a government.

For a lot of reasons, it’s also in the interests of the two parties and their leaders to do so.  But the back-to-back campaigns have left Israel unusually polarized and it may take more than a tall ladder to coax them down from the high trees in which they’ve gotten themselves stuck.  It's also reasonable to infer that neither party, nor Gantz or Netanyahu personally want to be seen as the one responsible for a third election.

The most recent election has left Israel uniquely divided. While ‘all the king’s horses and all the king’s men couldn’t put Humpty together again’ Israel is hopeful that Rivlin will be inspired by the wisdom of ancient Israel’s biblical leader. At any time he has the responsibility of tasking one of these men to form the government and, presumably, before he does so and for the well-being of the country, he wants to know that when he does, there will be the greatest probability of success, even if that’s only defined by not having an immediate third election.

If sitting in the same seat of government in Jerusalem as Solomon did can’t do it, perhaps nothing can.