Jonathan Feldstein
|
Posted: Nov 09, 2018 12:01 AM
Share   Tweet
The opinions expressed by columnists are their own and do not necessarily represent the views of Townhall.com. 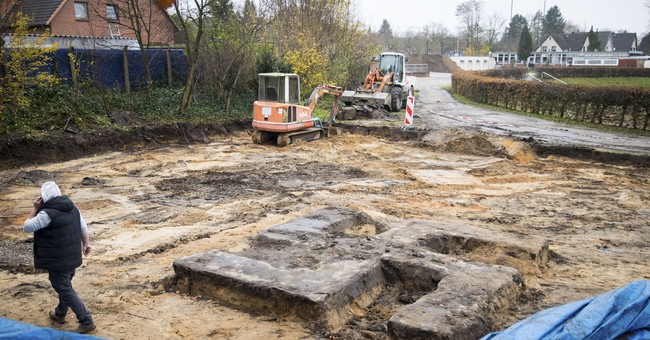 This week marks the 80th anniversary of one of the single most infamous anti-Semitic days in history.  Observing and understanding this anniversary is all the more critical in the wake of the anti-Semitic Pittsburgh massacre.  While hatred of Jews is sadly not new, one thing new today is the solidarity among Jews and Christians standing united against anti-Semitism.  By contrast, in the 1930s, many church leaders openly supported the rise of Nazi anti-Semitism.

Known as Kristallnacht – the Night of Broken Glass – on the night of November 9, 1938, Germans egged on by five years of increased rabid anti-Semitism, sanctioned and inspired by the ruling Nazis, destroyed more than 1000 synagogues, burned and looted more than 7500 Jewish businesses, and desecrated many Jewish cemeteries. Conservative estimates are that more than 100 Jews were murdered (some say 1500), many more were beaten, and more than 30,000 Jewish men were arrested and taken to concentration camps.

The Nazis hatred was known, but by 1938 they had not come up with the Final Solution, the systematic attempt to murder all the Jews of Europe.  There is well documented evidence that the Nazis tested the waters with the progressive implementation of increased anti-Semitic propaganda and hate, the racist 1935 Nuremburg laws, and actions behind them like Kristallnacht.  They watched the world’s tepid response and concluded that they could deal with the Jews as they wished.

Shy of some sincere but muted protests and news reports of the violence, the world was largely silent to the plight of German Jews.  This emboldened the Nazis to continue their plotting against German Jews, and all European Jewry.  Nazis and other anti-Semites around the world were also emboldened by this, fanning the flames of hatred in their own communities by seeing how easy it was to persecute Jews with no substantive response from the rest of the world.

Today, the world is at a similar juncture.  Two significant differences are that today there is a Jewish state, and that in the past decades a flourishing of Christian love for Israel and the Jewish people, turning on its head the theology of “the church” just seven to eight decades ago.

Yet, while it is the return of the Jewish people to the Land of Israel, and restoration of Jewish sovereignty in the State of Israel in which so many Christians see God fulfilling His promise, Israel has become a lightning rod, and excuse for, increased anti-Semitism.  Eight decades ago, Christians openly stood against the Jews and today Christians openly stand with Israel and the Jews.  The difference could not be more profound.

What brings us to a point that we are at a similar juncture today as we were in 1938?  Then it was the complete acceptance of anti-Semitism and how that became synonymous with German nationalism. This godless ideology was rooted in racial hatred that contradicted the reality that God created humans in His image.  It’s inconceivable that any “church” supported this, but they did.

Today, the world is subject to normalization of anti-Semitic hate on many fronts.  First and foremost, regarding Israel; not just its existence that has been challenged and threatened every day for 70.5 years, but the anti-Semitic hatred that’s espoused by its Arab and Islamic neighbors.  They not only delegitimize Israel’s right to exist, but they do so by literally dehumanizing Jews.  Like the Nazis, they do so by upending the Bible and creating their theology of hate.   Yet, while there are many people who decry the anti-Semitic threats Israel faces, for many, anti-Semitic targeting Jews in Israel is considered normal or even legitimate. Even former US presidents like Jimmy Carter have jumped on board the hate wagon.

Anti-Semitism has become “normal” as an outgrowth of many organizations that exist presumably to fight for rights of Palestinian Arabs but in fact unleash vile anti-Semitism throughout the US and across the west.   It’s gotten so bad that Jewish students on campus are harassed and threatened. That’s become perfectly normal, and anti-Semites are allowed to spread their hatred publicly without any substantive challenges.

In addition, beyond the familiar Arab anti-Semites and terror groups, many repugnant anti-Semites like Louis Farrakhan, Linda Sarsour, and others make a living by targeting Jews.  Of course, this is a problem. But worse is the normalization of their anti-Semitic views by people who should know better, whether they be former presidents Clinton and Obama who shamelessly allowed their photos to be taken together with Farrakhan, and Maxine Waters and others, or through anti-Semitic groups as “Students for Justice in Palestine” or the BDS movement, the US Women’s March, and even Ben and Jerry's for promoting a new flavor using Sarsour as a poster child.  The list goes on and on.

Edmund Burke’s remark has been repeated by many, “The only thing necessary for the triumph of evil is for good men to do nothing.”

What’s a good person to do? Call out and delegitimize anti-Semites and those who provide support for these haters. Please, do not universalize or simplify anti-Semitism just as another form of hate or “violent extremism.”  We need steadfast resolve, not intersectionality.

In the wake of Pittsburgh many Christian friends are asking why, how, what can I do?

Prayer is first and foremost.  But prayer alone is not enough.  It needs to be followed by action.  Next week I will be speaking in Orlando about combatting anti-Semitism.  Please feel free to join, or be in touch, and I will be glad to share my practical comments.

Despite the mourning hardly ended in Pittsburgh, two colleges on opposite coasts have the hubris to host anti-Semitic speakers without any shame. Some are calling for protest, some for legal action, others that federal and state funds be withheld. All I know is that these cannot be allowed to pass without a direct challenge.  The same way that the Nazis watched the world’s response, today’s anti-Semites are boldened by lukewarm resolutions, and Facebook status posts.   Lack of response puts a wind in their sail. We must let the wind out now, so in the future others will not have the forum much less hubris to spew their hatred.

All is not lost. I was inspired this week visiting with a pastor from the US who had come to lead an interfaith tour.  We were talking about the Pittsburgh massacre and I mentioned something about early anti-Semitism being rooted in replacement theology of the early church. He had never heard of replacement theology.

Our conversation progressed regarding modern forms of anti-Semitism and I mentioned how BDS and SJP mask their purported claims to stand with Palestinian Arabs, but in fact are feeding grounds for overt anti-Semitism. He had never heard of BDS or SJP.

In the face of outrageous anti-Semitism, how will you stand with the Jewish people?   Please share your comments, suggestions and heart with me so that I may be able to share with others.