Elections and School Funding: What Voters Need to Know 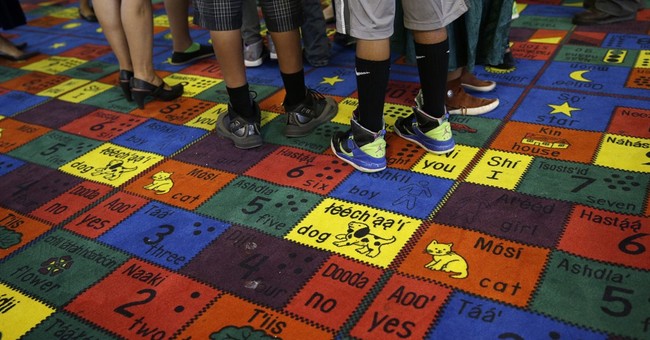 From Alabama to Michigan and Arizona to Florida, crusades to increase education funding have been a part of candidates’ debates this election season. True to form, the National Education Association, the nation’s largest teachers union, warns of the “harsh realities of budget cuts” and says the nation must “end education cuts!”

This should be helpful information for voters in New York who will be deciding on the ballot whether to allow the state to borrow as much as $2 billion for new education projects. On Election Day, New Yorkers will vote on Proposition 3, which would call for a bond issue to send more money to schools.

Voters should be aware of how school districts in their state are shelling out taxpayers’ money. In Washington State, voters will decide at the polls whether or not to increase education funding by $4.7 billion in order to reduce class sizes. Yet not only has education funding already increased by 15 percent statewide since 2000, after adjusting for inflation, but some districts have been misusing funds meant for students. In 2013, a Seattle school district official was sentenced to more than three years in prison for a kickback scheme involving some $3 million of schools’ money in what the Seattle Times called a “rogue contracting operation.” Earlier this year, the Centralia School District had to repay state officials $372,000 for “improperly claiming reimbursable time” through the state’s Medicaid system.

In Arizona, the state auditor’s annual report reveals that 48 percent of state school districts (100 out of 207 in the report) have three years’ worth of reserves and 70 percent of districts have “low” financial stress levels. However, this hasn’t prevented the Cave Creek Unified School District from going after more cash. In 2000, district voters passed a $41.6 million bond provision to build new school buildings. Ten years later, the district still had $13 million left over and tried to use the money for new projects, not the projects the voters approved in the original bond referendum.

The Goldwater Institute represented two Cave Creek residents, Jayne Friedman and Richard Bail, in a successful lawsuit that charged the district with misuse of taxpayer money. The court ruled that voters control how public schools spend taxpayer money, and school districts cannot induce voters to approve a bond measure for one purpose but then spend the money on another, unapproved purpose. Now Cave Creek Superintendent Debbi Burdick is urging voters to approve a proposition that would allow the district to spend the remaining money however it wishes.

Voters should be wary of districts playing fast and loose with taxpayer money. Earlier this year in New Hampshire, Mascenic School District officials misused funds to buy iPads and gift cards. In Mississippi, the state auditor found Benoit School District staff misappropriated more than $100,000 in grant money. In 2013, a California Senate investigation found that seven school districts used federal and state taxpayer funds meant for school lunches for other purposes, “illegally diverting tens of millions of dollars.” Los Angeles Unified even shortened lunch periods so that it was unable to serve food to all low-income students in the time allotted, and funds were diverted to buy lawn sprinklers.

Voters across the country are being asked to increase school funding at the polls this year. Taxpayers should evaluate claims of financial stress with a careful eye. It’s time school districts answered to informed voters.