Complaints That the Senate Is Undemocratic Ring Hollow

Jonah Goldberg
|
Posted: Oct 17, 2018 12:01 AM
Share   Tweet
The opinions expressed by columnists are their own and do not necessarily represent the views of Townhall.com. 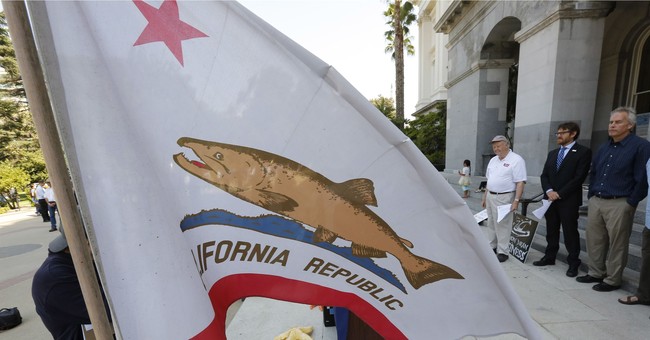 In the wake of the confirmation of Supreme Court Justice Brett Kavanaugh, a lot of people are suddenly very mad that the Senate is "undemocratic." I'm unmoved.

The reason for my indifference is twofold. First, this alleged outrage fits a time-honored tradition of progressives declaring illegitimate everything that is inconvenient to their agenda. Second, this is mostly about California being a big baby.

Let's start with the first point. Like other progressives, Woodrow Wilson started out arguing that Congress should be the center of power but switched lanes once the White House was in his sights. After the Republicans took back both branches, progressives argued that disinterested administrators and bureaucrats, immune to the demands of the public, should man the tiller of the state.

When FDR was elected -- for life, as it would turn out -- the presidency was supreme again. And when the Supreme Court stood in FDR's way, he tried to pack it with cronies.

Later, the courts became the most useful path for progressive victories, and so their moral authority became inviolate. Now that the courts look less amenable to progressive lawfare, the Supreme Court is either illegitimate or disposable, while others say the real problem is the "undemocratic" nature of the Senate.

It's all a bit reminiscent of the intellectual riot against the Electoral College in the wake of the 2016 election. For years, Democrats boasted of their Electoral College advantage. The vaunted "blue wall" consisted of 18 states where Democrats consistently won from 1992 to 2012, adding up to 242 of the 270 electoral votes needed to win.

The moment Donald Trump won, the Electoral College went from being a sign that history was on the Democrats' side to not just undemocratic but outright racist. It was fine for Democrats to rely on a tool of white supremacy -- but only when it worked for them.

Which brings me to my problem with California. First, let's be clear: The Senate is democratic. Voters in each state elect their senators.

It's just that it's not as democratic as critics would like, because states with very small populations get the same number of senators as states with very big populations. (This arrangement is what made ratification of the Constitution possible in the first place.)

Thus the Washington Post's Phillip Bump writes that Kavanaugh was confirmed with support "from senators representing only 44.2 percent of the country."

"The results," Leonhardt writes, "are pretty outrageous." The average black American has "only 75 percent as much representation as the average white American." The average Asian American: 72 percent. The average Latino American: 55 percent.

This is a ludicrous way to think about it.

First, these voters certainly don't care that much, or they'd move to places like Wyoming or Rhode Island to maximize their electoral power. Normal people don't think like that. If you start from the proposition that every hue and ethnicity be perfectly represented in Congress, we'd have to get rid of states and congressional districts too.

As political consultant Luke Thompson notes, most of these statistical games are a result of the fact that California is huge and hugely Democratic. Take its near 40 million people out of the equation, and the Senate becomes pretty representative. Most of the other big states are swing states.

The Senate was created to represent the interests of states as sovereign entities in our republican order. To argue that the Senate is structured unfairly is to argue that states are a relic with no inherent value.

If California thinks its California-ness is special and worth preserving, it should suck it up and take one for the team. And if liberals really want a more democratic Senate, they should call for California to be sliced up into three or four states.