Trump is the 'Talent,' Not the Head of State

Jonah Goldberg
|
Posted: Oct 18, 2017 12:01 AM
Share   Tweet
The opinions expressed by columnists are their own and do not necessarily represent the views of Townhall.com. 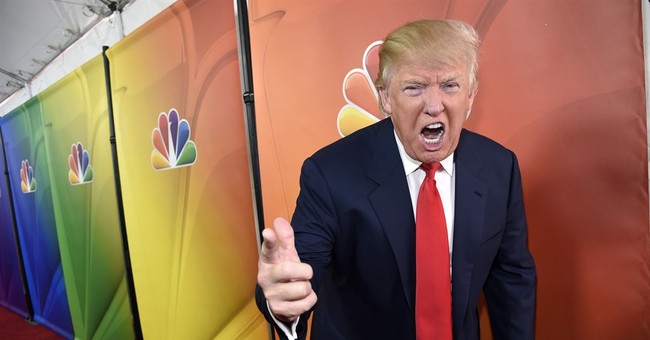 In high school civics I was taught that, in America, the president has many roles, often divided in other countries. He's commander in chief, head of state, chief administrator and executive, the head of his party, chief diplomat, legislative leader and, according to some lists, "the guardian of the economy."

I think we need to add another job description: He's the talent.

In Hollywood -- and increasingly journalism, business, and government -- "the talent" is the person who must be catered to above all others. With few notable exceptions, you can get another executive producer or director, but you can't get another Barbra Streisand or Arnold Schwarzenegger.

Hollywood is full of stories of the talent making ridiculous demands and issuing absurd fatwas to protect their egos. Streisand instructed -- through aides, of course -- that the help at a London hotel not look her in the eye. Sean Penn had a serf swim the polluted and dangerous waters of the East River to get him a cigarette. Mike Myers halted production of "Wayne's World" because he didn't have margarine for his bagel.

"When times get tough -- when a reporter or newbie or 'civilian' dares to challenge the behavior of a Hollywood eminence -- the impulse is to close ranks around who has more power, money, fame and, perhaps most crucially, talent," Hornaday wrote.

"Did a star lash out at a clumsy boom operator on a film set? Circle the talent, fire the crew member. Does a director have a drug problem that's endangering an entire production? Circle the talent and quash the expose. Is a movie mogul serially abusing young women and enlisting his employees as accomplices? Circle the talent and lie, ignore, attack, move on. They're worth it, goes the rationalization. No one else can do what they do."

Washington is full of people who think they're the talent. I once knew an intern who was in an elevator with a politician-turned-pundit. Even though the "celebrity" was standing right next to the elevator buttons, he told the intern in the back corner: "That button isn't going to press itself."

Much has already been said about how our ratings-obsessed president is a product of reality television. When he picked his Cabinet, he reportedly saw it as both a staffing and a casting challenge. "That's the language he speaks," an inside source told the Washington Post. "He's very aesthetic. You can come with somebody who is very much qualified for the job, but if they don't look the part, they're not going anywhere."

Trump's well-documented tendency to dislike it when members of his administration get more attention -- i.e., get more screen time or appear on the cover of Time magazine -- is classic talent behavior, as is his need to have more ice cream than his guests.

Trump, who likes a good entourage, even in the Oval Office, is by many accounts consumed by his reviews in the press.

On the infamous "Access Hollywood" tape that was released a year ago, Trump was heard explaining that he could get away with his alleged groping of women because "when you're a star, they let you do it. You can do anything."

My friend Rob Long, a veteran Hollywood TV producer, saw it all coming back in January. "President Trump is the actor starring in your series who is going to make your life miserable for the next four years," Long wrote in Variety. "President Trump is what you get when you put the talent in charge."

Sen. Bob Corker's jab last week that the White House is an "adult day-care center" prompted Chief of Staff John Kelly to take over the press briefing to deny the story. "I was not brought to this job to control anything but the flow of information to our president so that he can make the best decisions," Kelly told reporters. "So, again, I was not sent in to -- or brought in to -- control him."

Maybe that's true, but it sure sounds like what someone circling the talent would say. As does much of what passes for conservative commentary about the talent-in-chief these days.