Jonah Goldberg
|
Posted: Feb 15, 2017 12:01 AM
Share   Tweet
The opinions expressed by columnists are their own and do not necessarily represent the views of Townhall.com. 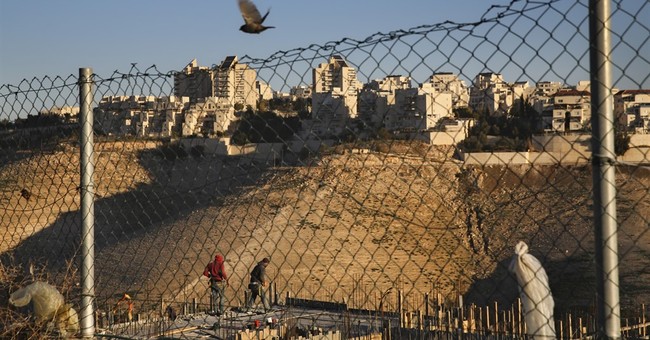 I heard a TV news anchor say over the weekend that when Israeli Prime Minister Benjamin Netanyahu comes to Washington this week he will discuss a path to resolving the "Middle East conflict" with the new American president.

That reminded me: I recently received a review copy of "The Israel-Arab Reader: A Documentary History of the Middle East Conflict." It looked like a fine book, but that subtitle vexed me. I literally pulled it out of the envelope as the news on TV described some horrible slaughter in Syria. But the Syrian civil war isn't called the "Middle East conflict."

The term has always been a misnomer, making it sound like were it not for the Israeli-Palestinian dispute, the Middle East would be all peace and harmony. The Economist once ran "A Chronology of the Middle East Conflict" that was all about Israel and Palestine. It began in 1917 with the Balfour Declaration and ended with the election -- apparently for life -- of Mahmoud Abbas to the presidency of the Palestinian Authority in 2005. During that time there were dozens of conflicts in the region -- cross-border wars, civil wars, rebellions, revolutions, massacres, etc. -- that had nothing to do with Israel.

The Islamic State is still in Syria, Libya and Iraq. The president of Syria, Bashar Assad, is finishing off the rebellion against his regime with the help of the Russians and Iranians. Amnesty International released a report last week accusing the Assad regime of executing some 13,000 people in a single prison. Approximately 4.8 million civilians have fled Syria and an estimated 400,000 have been killed. The Syrian refugee crisis in Jordan and Lebanon is straining those relatively moderate states beyond their capacities.

The latest news in the Iran-Saudi Arabia proxy war in Yemen: The Saudis say Iran supplied the missiles Houthi rebels have been firing deep into Saudi territory.

Turkey is rapidly transforming itself into an authoritarian state, and Egypt isn't far behind. The Kurds in Turkey, Syria, Iraq and elsewhere always seem moments away from asserting their independence. And then, of course, there's al-Qaida and all the other terrorist groups -- which hate Israel to be sure but don't really focus on it.

The Middle East has always had much bigger problems and, often, much bigger conflicts than those having to do with "the Zionist entity." Indeed, it is precisely because of those problems and conflicts that rulers in the region chose to magnify the Israel-Palestinian conflict into the Middle East conflict in the first place. Demonizing the Jews is always a useful distraction from domestic dysfunction and oppression.

During the campaign, Donald Trump vowed to be the "most pro-Israel president ever." He followed the great American tradition of presidential candidates vowing to move our embassy to Jerusalem and then, upon taking office, discovering that more study was required.

President Trump has said he'd love to make the greatest of all real-estate deals and settle the conflict once and for all. This, too, is an American presidential tradition.

Republican State Department veteran Elliott Abrams (recently denied a job as the No. 2 guy at the State Department because he had criticized Trump during the campaign) writes in the Weekly Standard that the Trump administration may be going for an "outside-in" strategy rather than an "inside-out" one: "Instead of using an Israeli-Palestinian deal to improve Israel's relations with the Arab states, use Israel's relations with the Arab states to advance an Israeli-Palestinian peace deal," Abrams writes.

One reason to follow this approach, Abrams notes, is that the Palestinians don't have much to offer Israel. But good relations (which have been improving) with her Arab neighbors and a more united front against terrorism and Iran is perhaps the core of Israel's national interest.

If President Trump is determined to cut a deal, this sounds like the smartest way to go. If he's determined to be Israel's best friend, he might aim his sights a little lower and deflate the idea that the Israeli-Palestinian issue is the key to resolving the Middle East's many conflicts.