The Decline of Political Party Power

Jonah Goldberg
|
Posted: Feb 03, 2016 12:01 AM
Share   Tweet
The opinions expressed by columnists are their own and do not necessarily represent the views of Townhall.com. 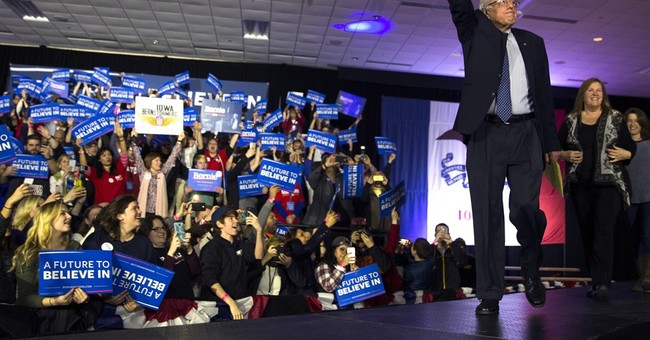 The campaigns will be eager to tell you the meaning of Ted Cruz's victory and the virtual tie between Hillary Clinton and Bernie Sanders in Iowa last night, but the larger significance of this election has been clear for months: The two major parties are paper tigers.

My old boss, the late Ben Wattenberg, was a conservative Democrat who worked for decades to keep his party from drifting leftward. In the end, he failed. But he fought a valiant fight. He helped found the Coalition for a Democratic Majority, which was a kind of precursor to the Democratic Leadership Council, the "New Democrat" organization that helped Bill Clinton burnish his image as a more conservative, "different kind of Democrat."

Ben's point was that the image of the Democratic Party as some formidable organization with legions of political henchmen and bosses capable of imposing their will on the rank-and-file was a leftover from a bygone era.

I think about my conversations with Ben a lot these days. Sen. Bernie Sanders, a self-described socialist, who isn't even a member of the Democratic Party, is the runaway favorite of the party's liberal base. Donald Trump, an ideologically unmoored billionaire who has changed his party registration five times since 1987 and donated substantial sums to Democrats, has been the Republican front-runner since this summer.

When the leading Republican is arguably a more loyal Democrat than the Democratic sweetheart, it certainly seems silly to talk about either party as particularly powerful organizations. Does anyone quake in fear of Democratic National Committee Chair Debbie Wasserman-Schultz? How about the Republican National Committee's Reince Priebus? Ted Cruz is reviled by his fellow Republicans, and yet they haven't been able to stop his rise. Jeb Bush is a darling of the Old Guard, and yet it hasn't been able to prevent his fall.

Politics, the saying goes, is downstream of culture. Well, our culture has been losing faith in large institutions for a very long time.

In June, Gallup found that only three major institutions still captured the confidence of a majority of Americans. More than 70 percent said they had a great deal or quite a lot of confidence in the military. Small business and the police garnered 64 percent and 52 percent, respectively. Organized religion, the presidency, Congress, the courts, the schools, the medical system, the media and the rest were all underwater or simply in the toilet.

It's no wonder the parties are not immune to such trends. In fact, the parties were ahead of the curve.

The primary system, which took power out of smoke-filled rooms and handed it to voters, was a self-inflicted wound from which party bosses have never recovered.

Once upon a time, earmarks and other perks encouraged partisan loyalty up and down the food chain. But party leaders stripped themselves of these prerogatives, like soldiers tearing off their stripes.

As party power has declined, the relative strength of special interests has grown. Outside groups often have more money and flexibility than the parties.

And yet, news of the parties' demise hasn't really reached the voters. The ranks of people describing themselves as independents have been swelling for decades, at least partly on the mistaken belief that breaking from the parties is a bold act of rebellion, when in reality they're kicking a dead donkey -- or elephant.

The real source of power in politics resides in personalities, not parties. It's been hard to see this until recently because the personalities of old were career politicians -- Bill Clinton, George W. Bush, Barack Obama -- hiding behind the partisan light show like the man behind the Wizard of Oz.

Whether or not Trump and Sanders go on to win the nomination, they've already played a historic role. They've exposed the parties as the weaklings they've long been.